McLaughlin was ‘shitting myself’ over brain injury concerns

McLaughlin was ‘shitting myself’ over brain injury concerns 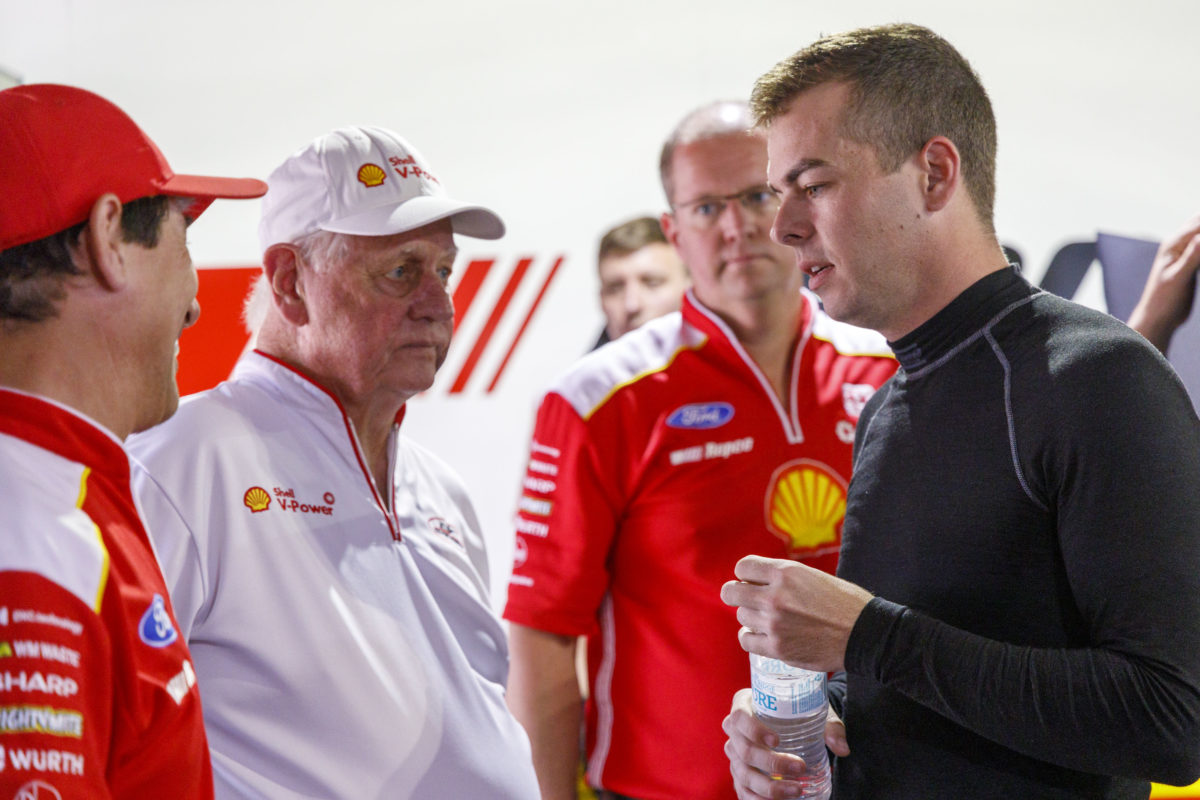 Scott McLaughlin with his team before being taken to hospital

Scott McLaughlin has revealed that he was crying in hospital such was the concern for his wellbeing in the hours after his spectacular crash at the Vodafone Gold Coast 600.

There were fears that the championship leader had incurred brain injuries in the 43G impact, leading to a series of test in hospital.

McLaughlin cannoned between the walls as he exited the front chicane during Sunday’s Armor All Qualifying session, which picked up his Mustang before it came to rest on its side on approach to the Turn 4 hairpin.

The Shell V-Power Racing Team driver was able to walk to the medical car and then released from the circuit medical centre apparently with a clean bill of health.

However, having developed neck pain and slurred his words in a television interview, he was subsequently taken to hospital upon the recommendation of Supercars medical delegate Dr Carl Le.

Speaking on his latest Balls & Bumpers podcast on RSN927 radio, McLaughlin explained that it was there that he became frightened about his health having initially laughed off the incident.

“The first medical check, I was cracking jokes, I was like, ‘Come on, let’s go, I want to go have a beer and enjoy, like at least watch the race with the team, at least see what goes on,’ and then I just went downhill after that last Fox Sports interview,” recounted McLaughlin.

“So I went in and they said that the impact that I had – after they got the G (force) ratings – was actually equivalent to someone (where) the body been through trauma, so I was a trauma patient from that point on.

“Obviously I went to the hospital so I was lying on the bed for about 40 minutes and they were all good, there were about 400 doctors around me at the same time; it was full on.

“Then I was just stuck in the neck brace, which was so incredibly uncomfortable, and then they said, ‘Look, we want to take you for a CT scan on your head and neck, just to check if it’s alright; should take like five minutes.’

“Then the scan sort of took like 15, 20 minutes, and I was like, ‘This is weird’. They’ve sort of come out and no one was really talking to me and stuff and they said, ‘Oh, we just sort of saw a little bit of an abnormality on the brain and stuff.

“Just, ‘It’s meant to be sort of 50/50, very,’ I guess, ‘parallel in what the brain looks like but it does look like yours has moved in some ways and there’s like a little bit of fluid or substance there or something like that so we’re going to put you in for an MRI.

“So there was three hours there before the MRI where I was just absolutely shitting myself. Everything’s going through my head, me and Karly (fiancé), I’m sort of sitting there crying and stuff because It’s just like, ‘What’s going to happen?’

“Life in general’s just been flipped upside down obviously straight away, but you just think the worst, right?

“Thankfully at that stage, before that MRI, they’d checked that my neck was alright, so I was all clear of the neck which was really nice, so I got the neck brace off and then I was just pushed around in a wheelchair and stuff.

“Then went to the MRI and they checked it all and an hour later I was watching the end of the race, and literally (at) the end of the Supercars race, a doctor came in and said, ‘Hey mate, got the all clear, you’re ready to get back into it, just got to chill out for a few days or for a week or so and come back.’”

That news came as a great relief to the 26-year-old, who added, “I think I’ve still got to go through a check-up before Sandown, but I should be pretty good.

“But the relief and stuff after that… because you just think the worst straight away, right, and I was so, so nervous and just sort of, almost – I probably sound like a bit of a sook – but I did well up a bit and teared up a bit because I was just like ‘Thank god’ and gave Karly a big hug and kiss.

“It’s just ironic that once the Supercars race was finished it was like, ‘Alright, you’re good to go now’. It was quite funny how it all happened.”

With the crashed car written off, McLaughlin will get behind the wheel to shake down his replacement chassis if there is time to do so before the following event.

Otherwise, his next drive will likely be in practice for the Penrite Oil Sandown 500 on Friday, November 8.