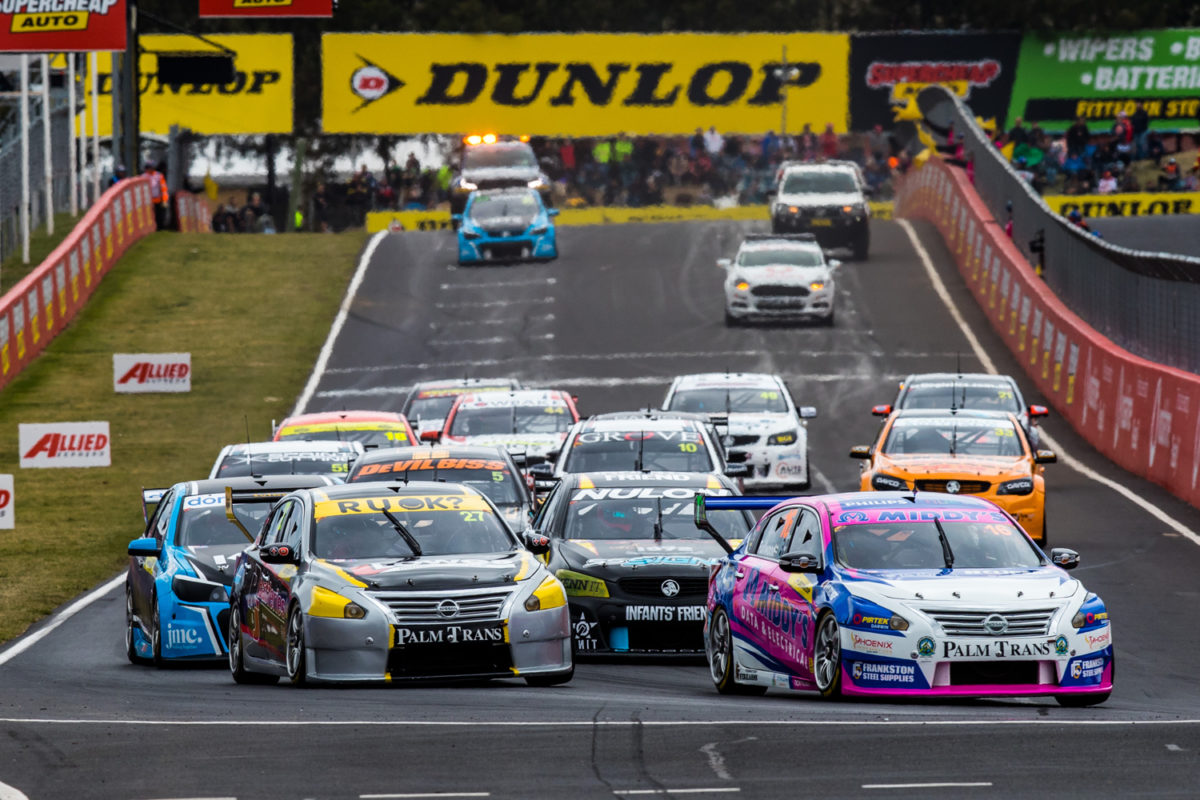 Only 16 cars were entered for the Super2 round at Bathurst

Supercars CEO Sean Seamer says that a planned merger of the Super2 and Super3 series would improve the pathway from the junior categories to Championship level.

The change, not yet locked in, would see Super3 absorbed into the Dunlop Super2 Series to run as a class within a combined field.

Super3 has been run since its inception in 2008 as a separate third tier of Supercars, unofficially so until the ‘Super’ nomenclature was licenced to the series this year.

According to Seamer, the intention is to streamline the pathway to the Virgin Australia Supercars Championship, which has been given fresh emphasis with the formation of the Junior Development Program involving Karting Australia earlier this year.

However, it also coincides with a concerning drop in the size of the Super2 field, which numbered 20 cars for the season-opener in Adelaide but gradually dropped to 16 for the most recent round at the Supercheap Auto Bathurst 1000.

“We’re in discussion with the competitors at the moment around what the best way to bolster Super2 is, and make sure that we’ve got the maximum number of entries,” Seamer told selected media.

“The primary focus for us, really, is around the driver pathway.

“We’ve obviously released, earlier this year, the details of that pathway, the relationship that we’ve got with Karting (Australia) and Toyota and trying to move people through.

“We see good talent going overseas, particularly the likes of Matt Campbell, Jaxon Evans has just gone… Porsche’s doing a really, really good job, we need to lift our game, so we’re looking at different ways that we can improve Super2, look at Super3 to improve that pathway, and obviously we’re in discussions with Toyota as well about what role they might want to play in the 86 series.

Porsche’s ladder system has been proven by the progression of Matt Campbell and Jaxon Evans all the way from Porsche Michelin GT3 Challenge to factory roles with the German marque in Europe.

Prospective Supercars drivers, by way of contrast, still do not have a clear route from karting and the Toyota 86 Racing Series according to Seamer, but the new initiative has not been locked in yet.

“It’s still a work in progress,” he advised.

“We’ve obviously got to make sure that all the parties, particularly Toyota and the teams, are happy with it.

“We had a conversation with the teams about it at the AGM (which took place on the Gold Coast on Thursday night).

“We do think we need to work more closely with Super3 and Toyota so that there is a very clear pathway.

“Even competitors in Super2 now or Super3 now will tell you and they tell us, ‘Well, what next? How do I get there?’, so that’s a part of the process that we’re going through.”

While the Super3 Series has become a popular feeder series in recent years, giving a profile to current title holder Broc Feeney in particular.

Despite potentially being relegated to a lower class within another series, Seamer believes that up-and-comers would see value in racing with more experienced drivers, and on Dunlop tyres rather than the Kumhos that the third tier runs on.

“From our point of view, they’re keen to get onto our tyre package and I think work with Dunlop. At least they’ve said they are,” he reasoned.

“That helps the drivers get more familiar with the package that we are running. It (also) gives them the opportunity to rub shoulders with guys that are running in Super2, develop their racecraft with more experienced drivers, which is a lot of positives.”

What the absorption of Super3 does not address is the escalating cost of competing in Super2 or the relative lack of prizemoney.

While Speedcafe.com now understands that prizemoney is paid to the Super2 round podium finishers, contrary to a previous report, the figures are understood to still be relatively small.

On whether Super2 is getting to expensive, Seamer said, “Yes, and that needs to be addressed at the same time.

“So we’re looking at (questions such as) ‘Do we need to consider a reduction in rounds next year?’ and ‘What other technical constraints do we need to put into that category, so that you can still develop drivers without spending unnecessary money?’ And we are looking at it as part of it as well.”

Should Super3 become a class within Super2, it would mean the return of Project Blueprint-specification VE Commodores and FG Falcons which became ineligible at the end of 2017.