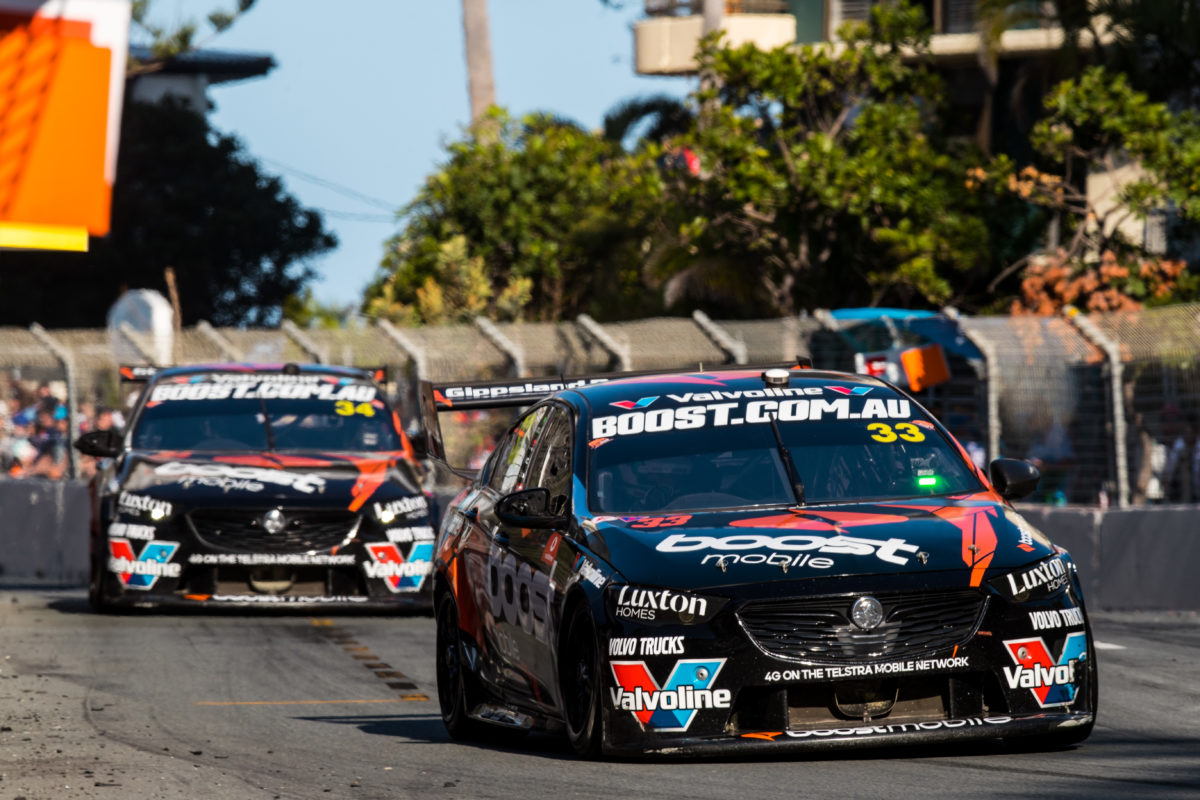 Dylan O’Keeffe’s maiden outing in the Virgin Australia Supercars Championship has served to motivate him further in pursuit of a main game drive in 2020.

O’Keeffe was a last minute call up after Garry Rogers Motorsport elected to bench Richie Stanaway shortly before Sunday’s leg of the Vodafone Gold Coast 600.

It saw the GRM Super2 pilot, who has also campaigned an Alfa Romeo Giulietta in TCR Australia for the Victorian squad, promoted alongside Chris Pither.

“I only found out about 45 minutes before qualifying,” said O’Keeffe of his late call-up.

“I didn’t have time to overthink it, I just had to get in the car and concentrate on learning as quickly as I could.

“Fortunately, I had driven around the track in a Carrera Cup car, so I had an idea of how to attack the circuit.”

On debut in the series, O’Keeffe put in a respectable account of himself despite the lack of practice.

Sent out in Armor All Qualifying for his first laps of the weekend, O’Keeffe then ran the opening 34 laps of the race before handing the car over to Pither.

The #33 Boost Mobile entry took to the lane in 17th place, having avoided the opening lap chaos that involved Todd Hazelwood and Richard Muscat, among others, having risen from 24th on the grid.

“There was some drama at Turn 11 on the first lap, but I managed to steer clear of it and it helped me make up some spots,” O’Keeffe said.

“It was a tough, physical stint but I settled into a rhythm, and my lap times were gradually improving until the tyres started to go off towards the end.”

At the chequered flag Pither had navigated the car home to an 18th place finish, two laps adrift of the leaders.

With Stanaway’s future with GRM yet to be resolved, it’s uncertain whether O’Keeffe will remain in the car for the Pirtek Enduro Cup finale at Sandown.

Regardless, the weekend on the Gold Coast has served to whet his appetite as he looks to snap up one of the several unresolved seats for 2020.

“It’s made me really motivated to get myself onto the grid full-time in the future.”