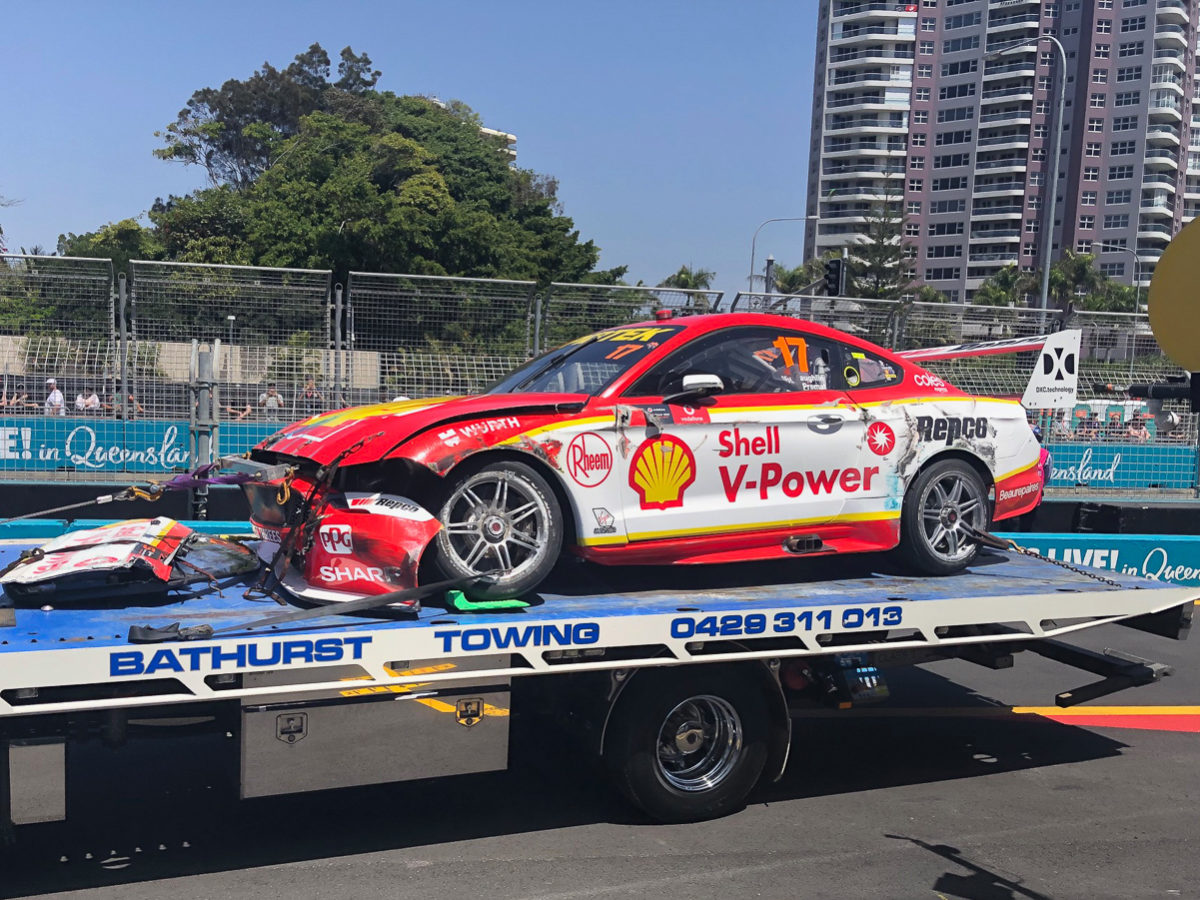 Shell V-Power Racing will repair Scott McLaughlin’s heavily damaged chassis but it is unlikely to race again with a new car being prepared for Sandown.

McLaughlin’s #17 Mustang sustained extensive damage after a shocking crash during Armor All Qualifying for Race 27 at the Vodafone Gold Coast 600.

The championship leader clipped the inside wall at Turn 3 which resulted in the car sustaining a 43G impact with the outside concrete wall before tipping on its side.

Such was the damage incurred, the car was unable to be repaired onsite and was withdrawn from the event.

McLaughlin was cleared of serious injury at the circuit’s medical centre before being taken to hospital for precautionary checks, but has since been released with a clean bill of health.

Team managing director Ryan Story says it will repair the car but was always planning to retire the chassis at the end of the year.

“We’ll repair it, I don’t think we’ll ever see it in competition again, but we’ll repair it and get it to Bathurst spec, which is our aim,” Story told Speedcafe.com.

“Our plan was to retire the car at the end of the year in any case.

“So we’ll basically get the car in the off season and we’ll send it to PACE Innovations and get it repaired and put it back in Bathurst specification.”

The team does have three Mustangs built up including the homologation car which was recently used to evaluate 2020 engine packages in a recent test at Queensland Raceway.

However, Story has confirmed the third chassis in question will be reserved for Supercars’ VCAT process at the end of the year, with a new chassis set to be built up for McLaughlin and Alexandre Premat to race at the Penrite Oil Sandown 500 (November 8-10).

“No, that’s the car that’s reserved at the moment for VCAT later this year,” Story added of the existing third car.

“But we’ve got a new chassis there that we’ll bring along.”

The squad will have a little over a week to ensure its new #17 chassis is ready for the trip to Melbourne.