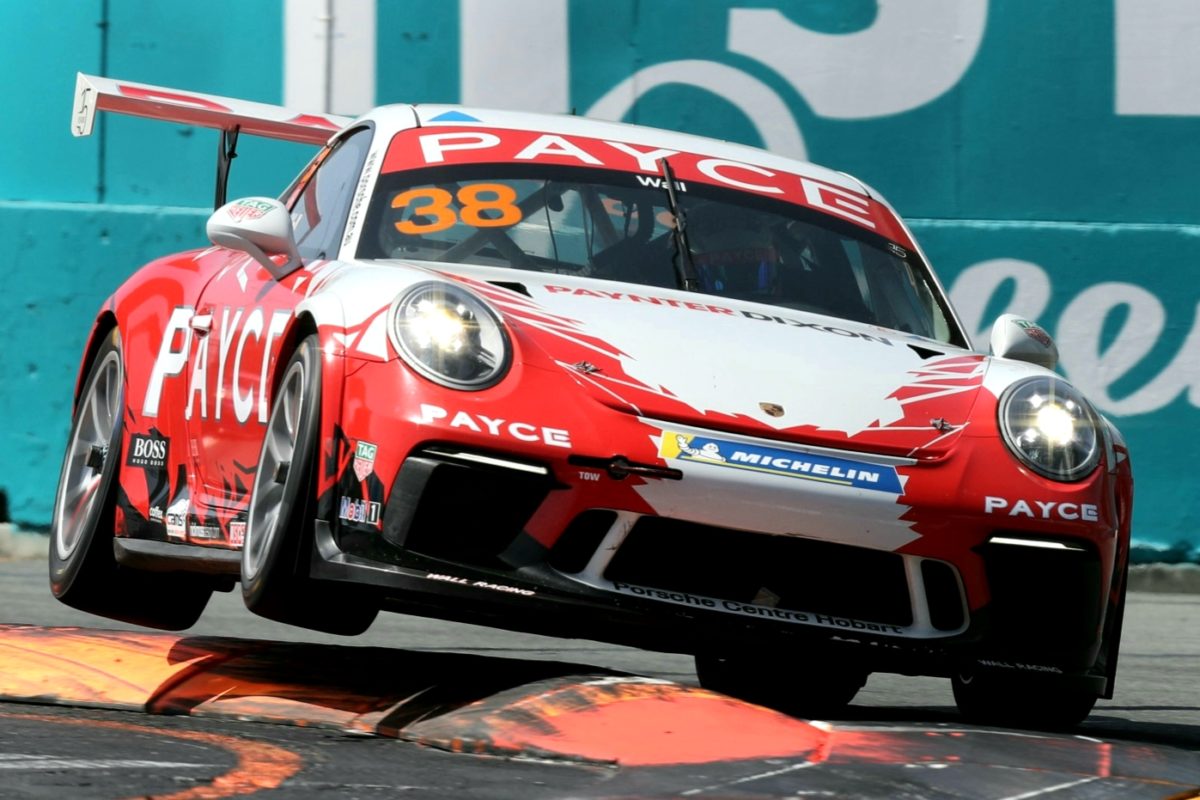 Wall was handed victory in Race 3 after on-the-road winner Cooper Murray had a penalty added to his time for an opening lap infraction.

Love finished the 17-lap encounter fifth, which was enough to secure the title, while his closest points rival Dale Wood was classified seventh after also copping a penalty.

Murray snapped up the lead off the start but straight-lined the first chicane and had to defend heavily from Wall at Turn 4.

Race control slapped the cars that shortcut the chicane on the opening lap with a five-second penalty, including Murray and Wood.

Love began his surge up the field with a Lap 2 pass on Duvashen Padayachee for sixth.

Almond tried to follow his team-mate’s example a lap later but the pair made contact at Turn 11 and had to take to the escape road.

Padayachee continued on down the field, but Almond retired to the pit lane as a result of damage from the incident.

The remainder of the race passed by largely without incident, Murray first to the line but relegated to fourth, giving Wall the victory.

Cameron Hill was second ahead of Nick McBride in third, with Love in fifth enough to hand him a maiden Carrera Cup title.

Love’s title is the first for Sonic Motor Racing in Carrera Cup Australia since 2015.