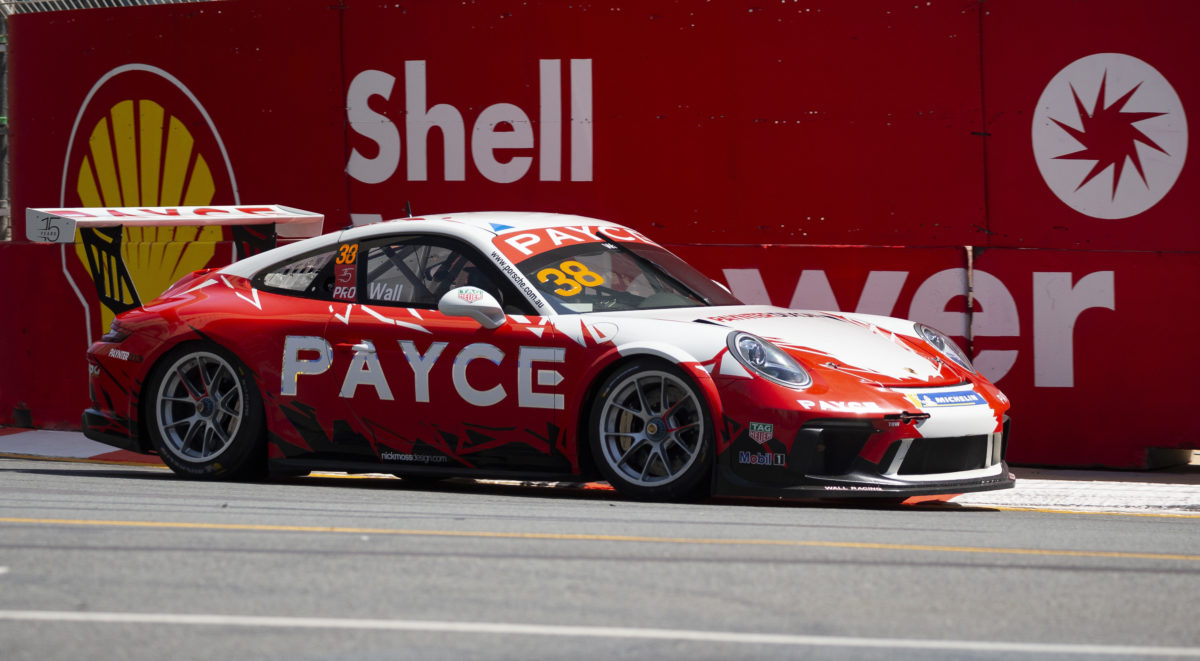 David Wall eased to a second Porsche Payce Carrera Cup Australia win of the weekend on the streets of Surfers Paradise.

Starting from pole courtesy of victory in the Saturday’s opening race, Wall avoided drama at the opening chicane to head Cooper Murray by a second after 16 laps of racing.

Contact between Love and Wood into the opening chicane unsettled the Sonic driver, turning him around and dropping him to the back of the field.

It prompted a spirited recovery drive from Love, who climbed two places on Lap 2, picking off another two on the next lap to move up to 17th.

Having found his way to second at the start, Wood headed a queue of cars that included Murray and Cameron Hill.

Murray found a way through on Lap 5, setting off in pursuit of Wall in the race lead.

Scott Taylor found the wall on Lap 7 at Turn 12 though was able to limp his car out of harm’s way as the race continued without disruption.

Love’s recovery continued, a series of late moves pushing him beyond Sam Shahin and his brother Aaron, who pulled aside down the front stretch, to climb back to eighth at the flag.

Victory for wall moves him on to 957 and mathematically out of contention for season honours.

The final race of the weekend, and the season, is set for 1340 local time.