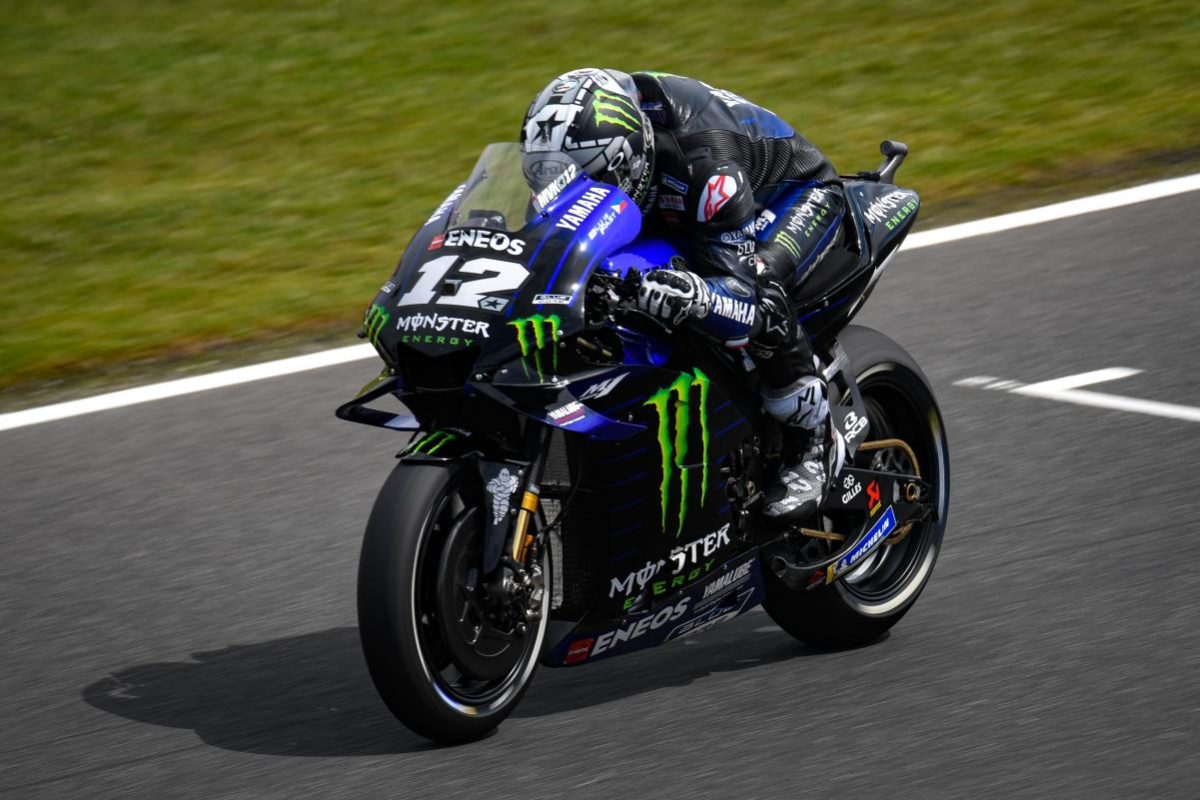 Monster Energy Yamaha’s Maverick Viñales has continued his dominant form ahead of the Pramac Generac Australian Motorcycle Grand Prix by setting the fastest time in the delayed qualifying session at Phillip Island.

After the blustery weather experienced at Phillip Island a day earlier, it was cool overcast conditions this morning for MotoGP warm up and then qualifying.

Marquez had a late scare when he ran wide at Doohan Corner and had to straight-line through the grass.

Quartararo gained plenty of praise for his performance after he crashed heavily in Friday’s wet morning session. He missed dry running that afternoon and despite having to limp on and off the bike he had to come through Qualifying 1.

Australia’s Jack Miller (Pramac Racing) could only manage ninth despite being on the pace in practice and the morning warm up.

Miller turned heads during warm-up and qualifying when he took to the track in a silver livery and leathers. The warrior look is a one-off colour change to celebrate him racing at his home Grand Prix.

One less bike will start the race after Miguel Oliveira (Red Bull KTM Tech3) was ruled out with a wrist injury after his heavy crash on Saturday.

He was cleared of any fractures but woke this morning in considerable pain and will have an MRI in Melbourne before departing for next week’s Malaysian Grand Prix.

With showers predicted for the afternoon a ‘flag-to-flag’ race is a real possibility with crews set to have two bikes per rider available; one for dry and the other for wet. Riders will be able to pit and swap machines if the weather changes.