Verstappen takes pole as Bottas crashes out of qualifying

Verstappen takes pole as Bottas crashes out of qualifying 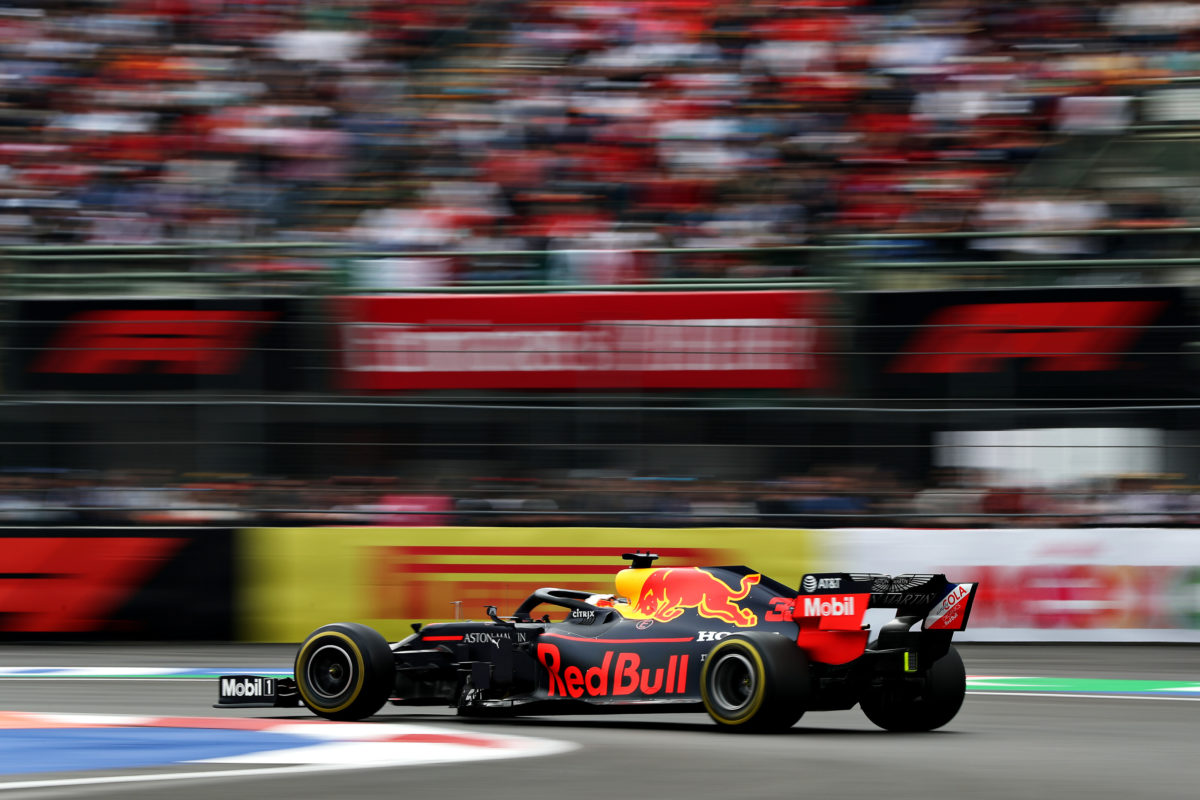 Max Verstappen has claimed pole position for the Formula 1 Mexican Grand Prix in a session that ended with Valtteri Bottas in the fence.

The Red Bull driver headed Charles Leclerc and Sebastian Vettel in a session that ended with yellow flags at the final corner owing to the Mercedes driver’s mishap.

It cost several drivers their final laps, though Verstappen was still able to improve on his early time, which in itself would have been good enough for pole.

“It’s been quite an interesting day but of course to come out on top is incredible,” Verstappen said.

“The last few races we know that Ferrari’s been really quick on the straight, but for us to come back like this to take pole position here – a big thank you for the team for that.

“They always kept pushing very hard and kept bringing new parts to the car. It showed today that we are very quick.

“Secretly, you always hope and you always keep pushing – you try to find the right balance in the car and in Q3 that all came together.

“Will be a bit different for me starting first instead of second on this track but we’re going to give it all and we have a good race car anyway, so even if something happens in the start and we lose a position I think we’re still fine.

A slow start to the session saw just the two Williams out in the early minutes of qualifying, George Russell’s first timed effort eight tenths quicker than Robert Kubica’s.

As much of the field headed out Romain Grosjean locked the rears as he entered Turn 1, sending the Haas driver into a spin.

Vettel was the first of the heavy hitters to record a time, his 1:16.859s more than 2.6s faster than Russell had managed.

The pace was lifted by Red Bull, Alex Albon going fastest for a time before Verstappen shot to the top of the standings with a 1:15.949s.

By session’s end, Verstappen has climbed to the top of the totem pole, while dropping out of the session at the end of the first phase were Kubica, Russell, Grosjean, Kevin Magnussen (Haas), and Lance Stroll (Racing Point).

The Toro Rossos of Pierre Gasly and Daniil Kvyat were first out at the start of Qualifying 2, the duo with medium compound tyres fitted to their cars.

Kvyat set the opening time at 1:17.712s, time slower than he’d gone in Q1 after an aggressive lap.

Lewis Hamilton moved the pace on to a 1:16.481s soon after, which stood only for seconds as Vettel and Leclerc both went faster.

Mercedes was also looking towards the start of Sunday’s race and bolted on a set of mediums for Hamilton and Bottas.

The final three minutes of the session saw the track become busy with the field as one heading out almost as one, though the leading three teams were half a minute behind the bulk of the runners.

Ferrari opted for soft tyres, as did Red Bull, while Mercedes had a new set of medium compound tyres for both of its drivers.

Carlos Sainz sat 10th as the final laps begun, the Spaniard the first to set his final lap to rise to fourth.

In the shuffle as the chequered flag waved Kimi Raikkonen and Antonio Giovinazzi (Alfa Romeo), the Renault duo of Daniel Ricciardo and Nico Hulkenberg, and Sergio Perez (Racing Point) found themselves bumped from the session.

Hamilton topped the times from Bottas, though both Ferraris and Verstappen buttoned off their final flying laps as they rounded the final corner, ensuring they’ll start Sunday’s race on medium compound Pirellis.

Soft tyres were the order of the day as Qualifying 3 began, Mercedes sending its pairing out with Hamilton behind Bottas.

Of the leading protagonists, Bottas was the first to set a time, Hamilton crossing the line seconds later to go 0.058s faster.

Vettel went faster still before Verstappen put his Red Bull on provisional pole with a 1:14.910s.

Leclerc squeezed himself between the Dutchman and his Ferrari team-mate to claim second with his banker lap, while Albon could manage no better than fifth.

Hamilton had dropped to fourth as times tumbled, Bottas slipping to sixth with the pairing the better part of four tenths off Verstappen’s provisional best.

The field headed back out with just over two minutes to run in the session, Verstappen the last man to trundle out of the lane.

A mistake from Leclerc as he entered the stadium section saw the Ferrari driver run wide to scupper his chances of improving while a crash for Bottas at the final corner drew the yellow flags and stopped those behind him on track from improving.

The Finn had a snap of oversteer, wiping the front left on the wall which fired him into the end of the TekPro barrier.

The net result was Verstappen, who improved on his earlier effort despite the presence of yellow flags, from Lecerc with Vettel in third.

Hamilton will start fourth, one position ahead of Albon.

Sainz slipped to fifth in the leading McLaren from Norris, Kvyat and Gasly to round out the 10.

The Mexican Grand Prix is scheduled to begin at 0610 AEDT on Monday morning.