SVG pleads ‘don’t give up on Stanaway’

SVG pleads ‘don’t give up on Stanaway’ 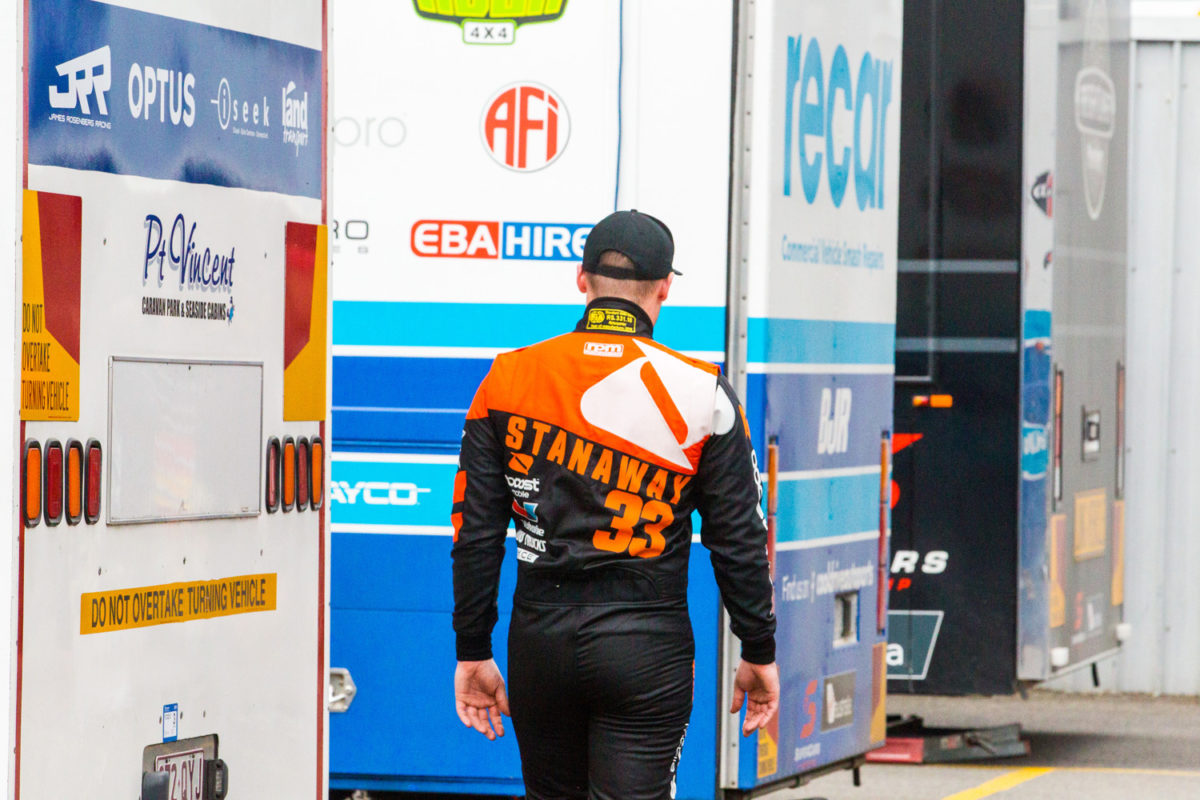 Shane van Gisbergen has thrown his support behind Richie Stanaway after Garry Rogers dropped him for Sunday’s race at the Vodafone Gold Coast 600.

A missed autograph session on Sunday morning was cited as the reason for Stanaway being stood down for the event, his position taken by debutant Dylan O’Keeffe.

Speaking after taking victory with Garth Tander, van Gisbergen revealed he’d been in touch with Stanaway in recent weeks.

“I had some good chats with him the last few weeks and then again told him to call me this week,” the Red Bull Holden Racing Team driver revealed.

“He’s been through a tough few years and he’s probably a bit misunderstood in some ways publicly.

“He’s a ripper of a kid and what he went through in Europe, pretty isolated there when he broke his back and stuff.

“It’s taken a long time to recover from, but he’s a star driver and probably hasn’t had the right stuff to show his potential here and obviously he’s been frustrated by it.

“When you race in Europe and that, you don’t do any media stuff, you just race the car and that’s it, and that’s a lot of your job here.

“He probably hasn’t had the right training or the right attitude for it, and that’s reflected a bit.”

Stanaway’s future remains uncertain, with Rogers unwilling to confirm whether the GP2 race winner would remain with the team for Sandown.

Van Gisbergen, however, supports his Kiwi countryman, believing the current situation to be an honest mistake and suggesting Stanaway should be taken at face value.

“It was a mistake of his this morning, slept in thinking his signing was later is what he said to me,” said van Gisbergen.

“He said he’s been putting in as much effort as possible, his car was shunted by someone else (in) yesterday’s race, he got in, did the best job he could, three laps down, still gets hammered for it.

“He’s a ripper of a kid, I just hope he doesn’t give up with his racing and keeps charging.

“I thought Garry (Rogers) would have been good for him but he hasn’t really moved forward.