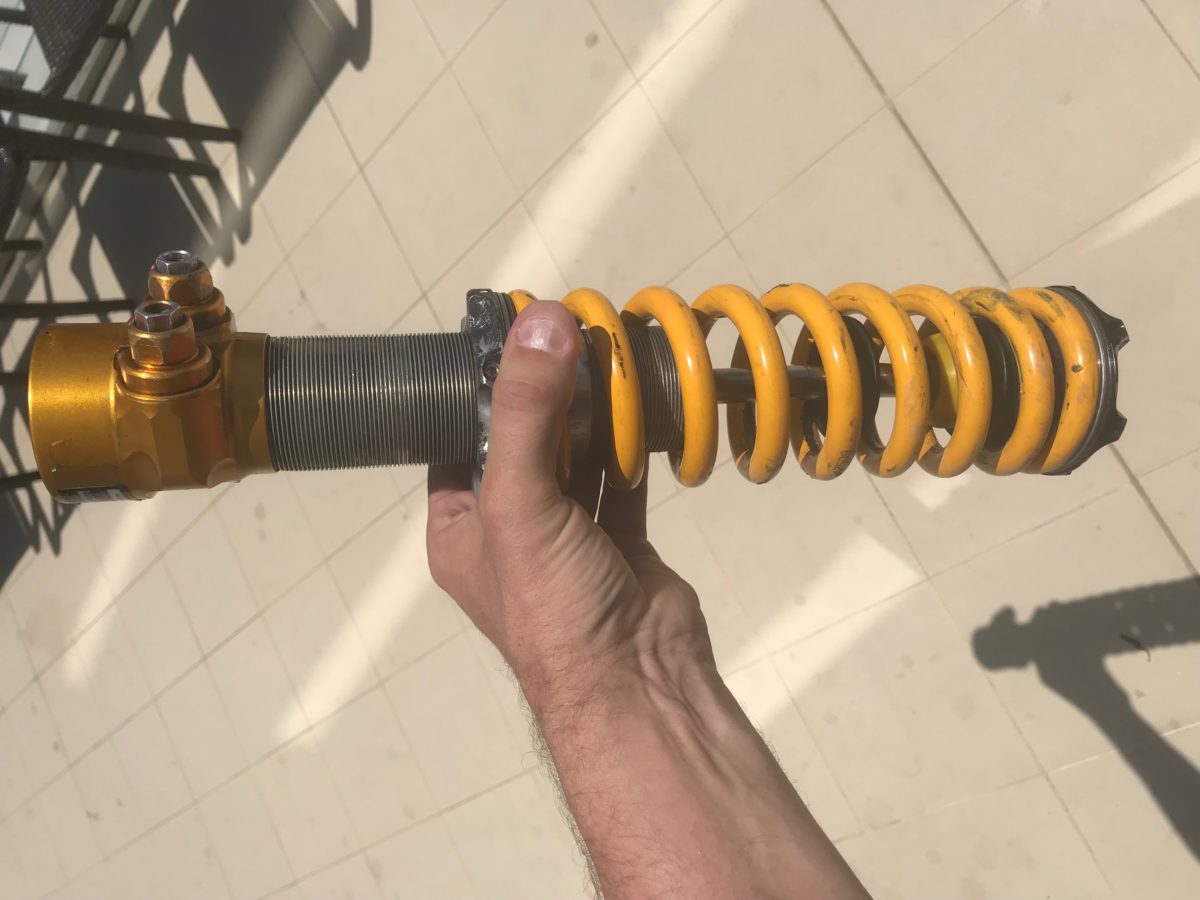 The shock absorber from McLaughlin’s car

Supercars has announced an investigation into the incident in which one of Scott McLaughlin’s shock absorbers flew onto a Gold Coast trackside balcony which was revealed by Speedcafe.com.

A shock absorber damaged a table and a tile on a balcony which overlooks the front chicane when McLaughlin cannoned between the walls and his Mustang ended up on its side during Armor All Qualifying for today’s 27th race of the championship.

A statement released by Supercars reads, “Supercars can confirm it is aware of an unofficial report regarding suspected debris going over the fence following the car 17 incident this afternoon.

“CAMS and Supercars will conduct an investigation in to this incident. No further information is available at this time.”

Shell V-Power Racing Team managing director Ryan Story has told Speedcafe.com that the component has been returned to the team and that it will work with Supercars on the investigation.

“We’ll work with Supercars and CAMS to investigate and have a good understanding of how that’s occurred,” said Story.

“We’ve since had it returned to us.”

While the unit was occupied at the time, no injuries were caused by the stray shock.

McLaughlin passed his initial tests in the circuit medical was taken to hospital for observation upon the recommendation of Supercars medical officer Dr Carl Le.