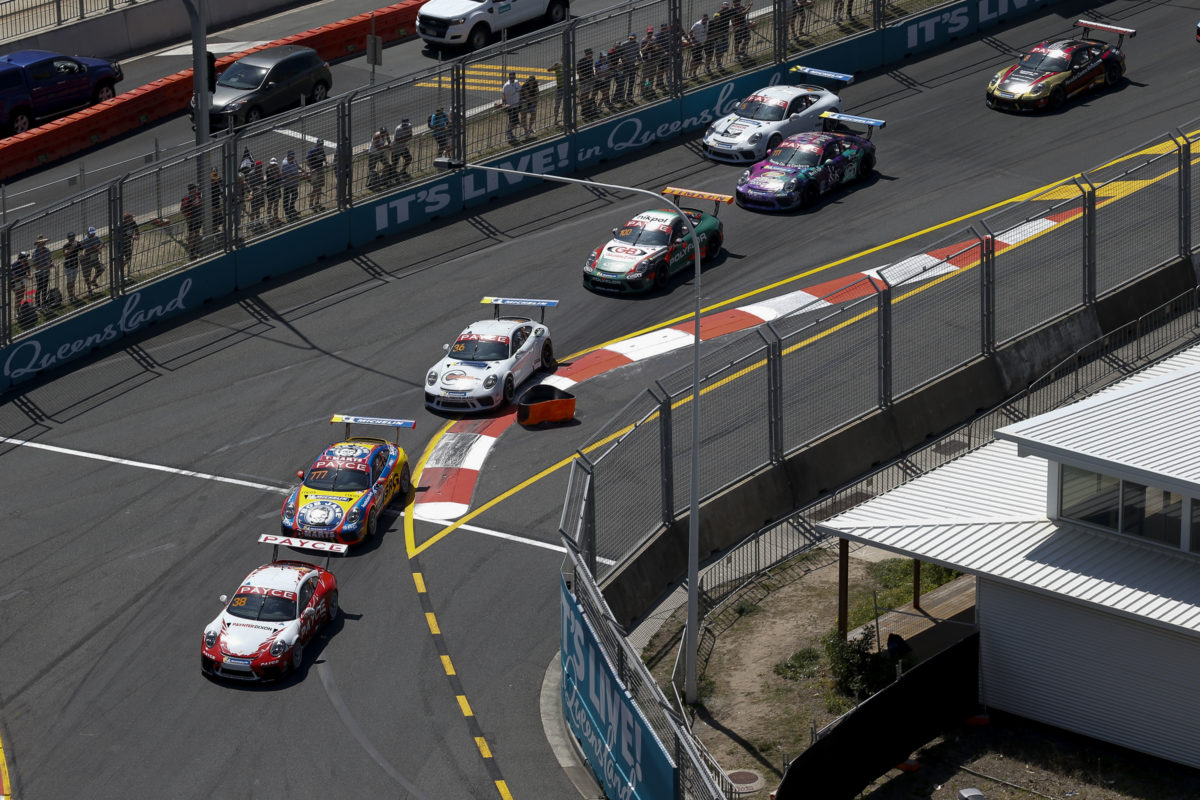 Carrera Cup on the Gold Coast

Porsche Carrera Cup Australia has announced an eight-round calendar for 2020 and renewal of naming rights sponsorship with Payce.

The 2020 season kicks off with its traditional start at the Superloop Adelaide 500 on February 20-23, followed by the Australian Grand Prix on March 12-15.

The second half of the season begins at the Sydney SuperNight on August 28-30, followed by The Bend OTR 500 on September 18-20.

“Every year we get feedback from our customers through a survey and from that feedback what stood out was that everyone wanted to continue to race at the biggest motorsport events of the year in front of the biggest crowds, while enjoying the best support and television package available,” said Bundy.

“This calendar delivers on these objectives with every race being a marquee event with great tracks, big crowds and just a premier class experience for our customers, teams and sponsors.”

“Payce has a long-time association with Australian motorsport through its support of drivers, teams and categories. At Payce, we see many synergies between our company and this popular sport, including sharing a passion for what we do,” said McMellan.

“Payce has had a long term association with Porsche Carrera Cup Australia for quite some time on both the driver side and the series. This year we decided to take up the series title rights and it’s been a great partnership ever since.

“Payce’s renewed investment in the series’ is a testimony to the standard of racing and presentation of Porsche Payce Carrera Cup, both on and off the circuit. We are very pleased to confirm the extension of our series partnership for another two years.”