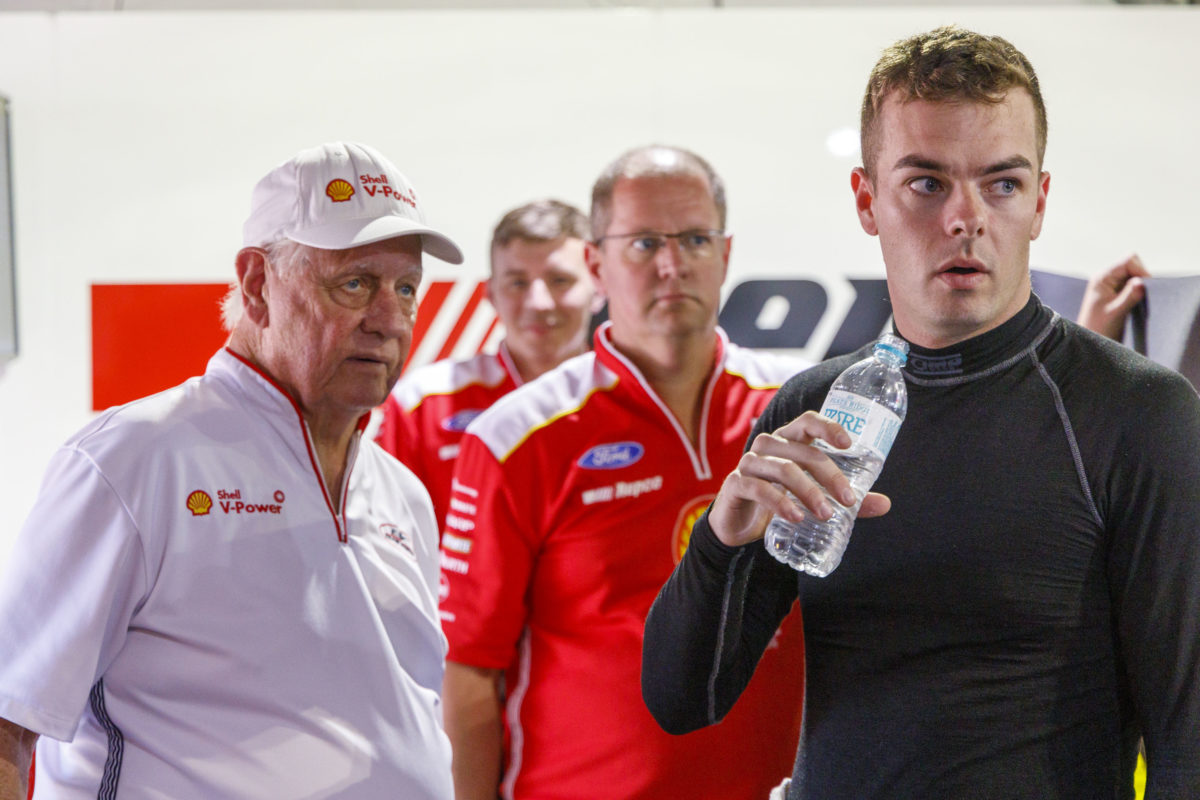 Scott McLaughlin with Dick Johnson after the crash

Scott McLaughlin has been taken to hospital for observation upon the recommendation of Supercars medical officer Dr Carl Le after his huge qualifying crash.

McLaughlin was initially cleared of serious injury after a visit to the Gold Coast circuit’s medical centre and even spoke calmly on television after the crash, which was recorded at peak force of 43G.

However, he has now been taken to hospital for precautionary reasons.

“The ADR in Car 17 recorded an initial 31.5G (cumulative) impact followed by a second 42.7G impact which caused severe damage to the car and wall,” revealed Dr Le.

“Scott was thoroughly examined by the medical team and a SCAT-5 concussion test was completed.

“Scott passed the test and was released from the medical centre back to his team.

“He’s going by ambulance purely so we can get him out of the race precinct effectively, rather than a normal car.”

The #17 Shell V-Power Racing Team Mustang which McLaughlin and Alexandre Premat were to have raced this afternoon’s second race of the Vodafone Gold Coast 600 had already been deemed unable to be repaired today.