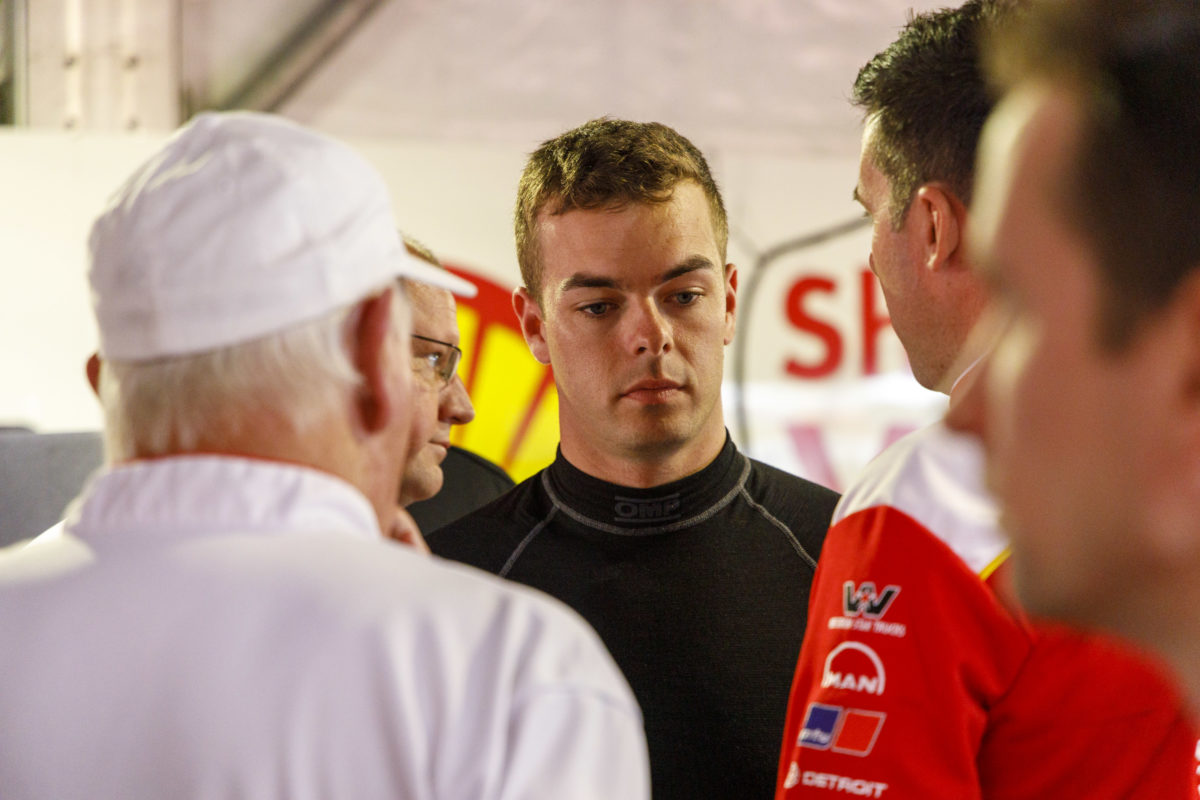 Scott McLaughlin has expressed his apologies for his monster crash in Armor All Qualifying, and thanked Shane van Gisbergen for stopping to help.

The championship leader cannoned between the concrete walls on his way out of the front chicane, which ultimately saw the #17 Shell V-Power Mustang come to rest on its side.

McLaughlin was assisted in clambering out of his mangled car, which has been withdrawn from the rest of the Vodafone Gold Coast 600, before walking to the medical car.

He confirmed that the crash was set off when he clipped the concrete at the exit of Turn 3, but is not seriously injured.

“My ‘motherhood’ is hurting, and my heart, but that’s it; I’m just terribly sorry for everyone at the team, Shell V-Power Racing,” said McLaughlin when asked how he felt after being released from the medical centre.

“They gave me a great car. We were trying to do a shootout lap then, I was practicing for the (Armor All Top 10) Shootout.

“I just made one… just clipped the wall, the concrete there. Haven’t done it all weekend; I’ve done the tyre (wall) but clipped it further around the corner.

“It surprised me, when it hit and went that way, by the time I was on my side I was like ‘Geez’. It all happened real quick.

“So, give myself a bit of a clip around the ears, but terribly sorry.

“First up I want to thank Shane for pulling up and seeing if I was alright, so I say thanks to him but that was a big one.”

Expanding on the sudden impact, McLaughlin recounted, “Well, I didn’t have enough time to… It all happened so fast. I was still trying to save it.

“When it went in, I probably should have let go if I had a bit more time.

“But when I hit it, then I was up on my side, I’m like, ‘This is going to look pretty spectacular’.

“I was more worried about people probably hitting my roof than I was about that, and then I saw the fluid so I was like, ‘To hell with it, I just want to get out’.

“Thankfully we built a great car, everyone does in Supercars, and we’re safe. People will learn from this incident and hopefully we can make safety even better for the next few years.”