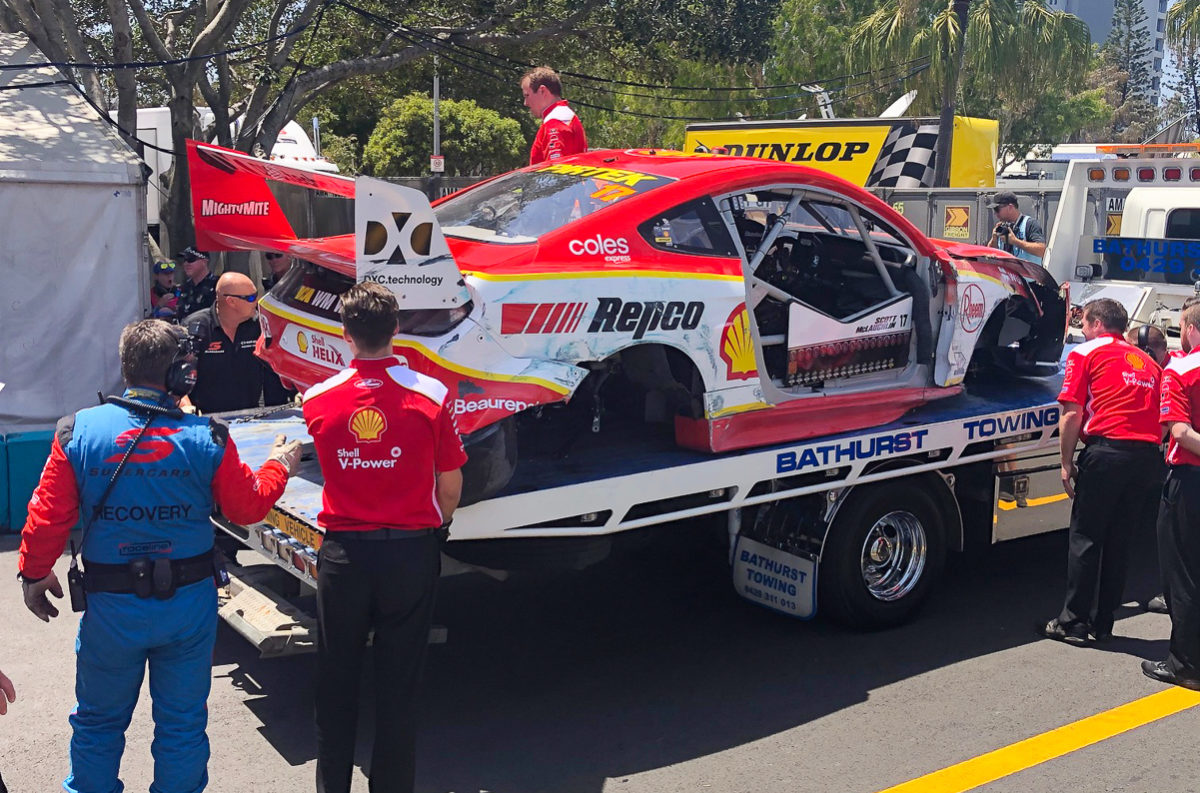 McLaughlin suffered a heavy crash during Armor All qualifying, the team confirming to Speedcafe.com that the damage will rule the car out for today’s race.

The championship leader was taken to the circuit’s medical centre and has since been released.

While the squad’s first concern surrounded McLaughlin’s health, team managing director Ryan Story has since confirmed that the chassis is beyond repair for today.

The squad will now face a busy period to ensure it has two Mustangs ready for the Penrite Oil Sandown 500 Pirtek Enduro Cup finale from November 8-10.

“The most important thing is Scotty’s fine out of the car, he’s been released form the medical centre.

“He’s gone through the standard procedures and concussion checks and things of that nature. That’s obviously our number one priority.

“The chassis that we have here unfortunately is beyond repair for today, so you won’t see 17 on the track this afternoon, our focus will be on Car 12 and doing the best job that we can.

“Following today obviously we’ve got quite a short turnaround before Sandown.

“We’ll be working as hard as we can to have two nice bright and shiny Shell V-Power Mustangs on the grid at Sandown.”

McLaughlin could still wrap up his second Supercars Championship title should rival Shane van Gisbergen, who stopped to help in the aftermath of the qualifying crash, fail to finish this afternoon’s race.