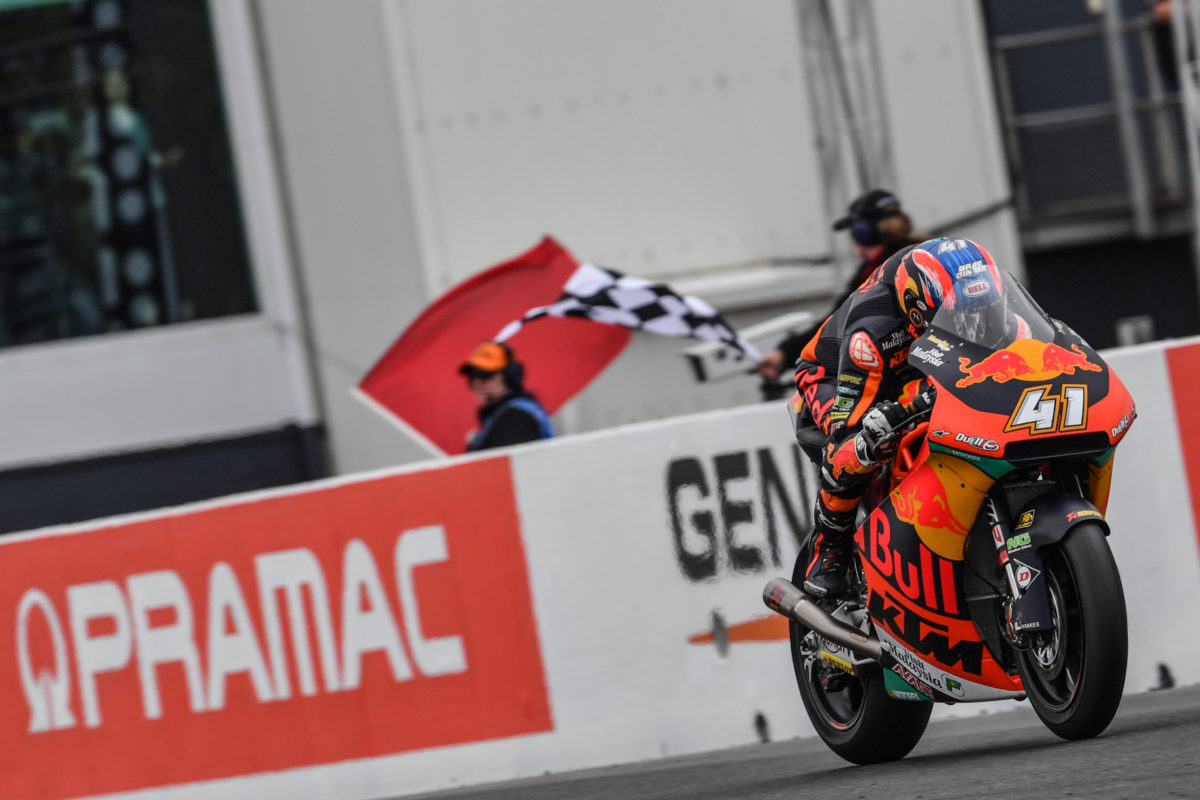 Brad Binder and Thomas Lüthi have kept the Moto2 title fight alive with a victory and third placing in the Moto2 grand prix at Phillip Island.

Binder (Red Bull KTM Ajo) took a somewhat easy victory from team-mate Jorge Martin, who played his role of wingman for the South African and finished just under two seconds back in second position.

Championship leader Alex Marquez (EG 0,0 Marc VDS Kalex) narrowly avoided the incident and appeared to take a cautious approach to the race on his way to eighth position.

Lüthi now sits 28 points behind in second on the table, with Binder just five points further back and races in Malaysia and Valencia still to run.

Australian Remy Gardner (ONEXOX TKKR SAG Kalex) charged as high as fifth from 13th on the grid before finishing in sixth position. 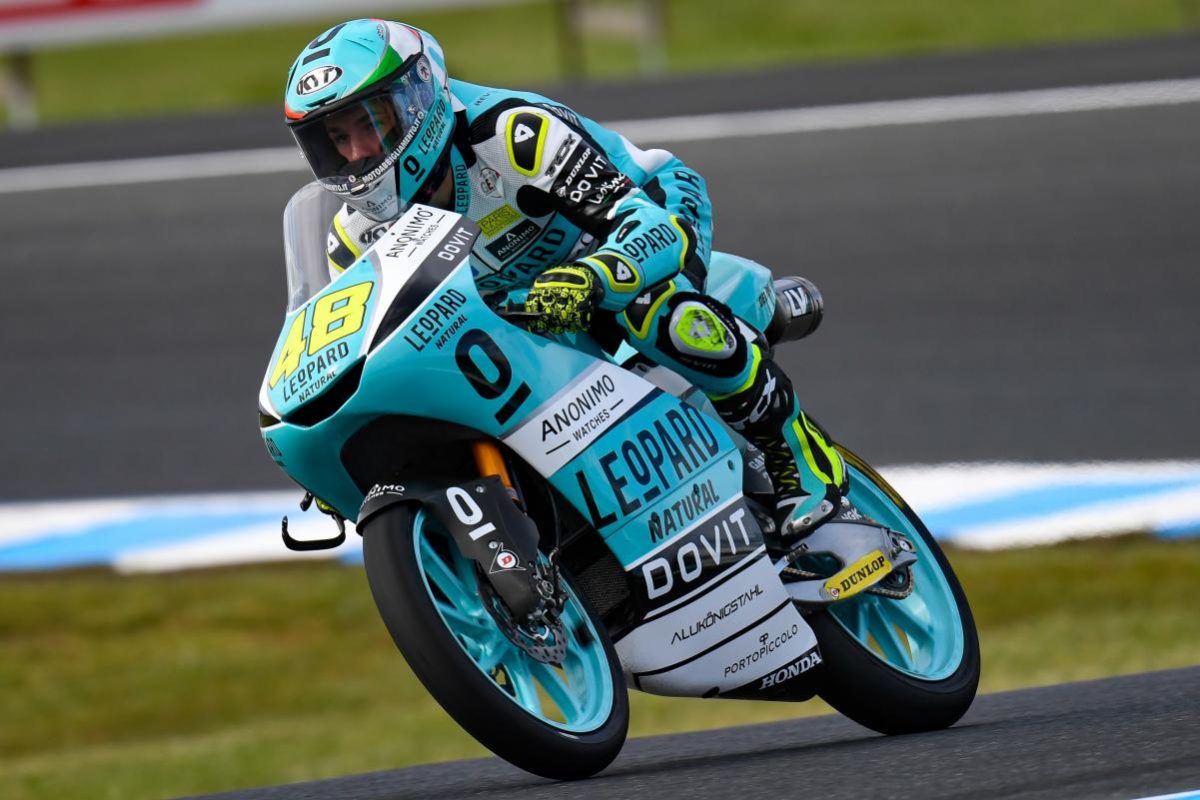 Lorenzo Dalla Porta (Leopard Honda) scored the Moto3 world championship in style by holding off the charging pack for victory, making him the first Italian to score the lightweight title since Andrea Dovizioso in 2004.

The safest place then appeared to be out front with a total of 10 riders crashing throughout the race.

Dalla Porta held the lead going into the final corner with team-mate Marcos Ramirez pulling a slingshot move to go from fourth to second in the final 100 metres.

The next round is at Sepang on November 1-3.