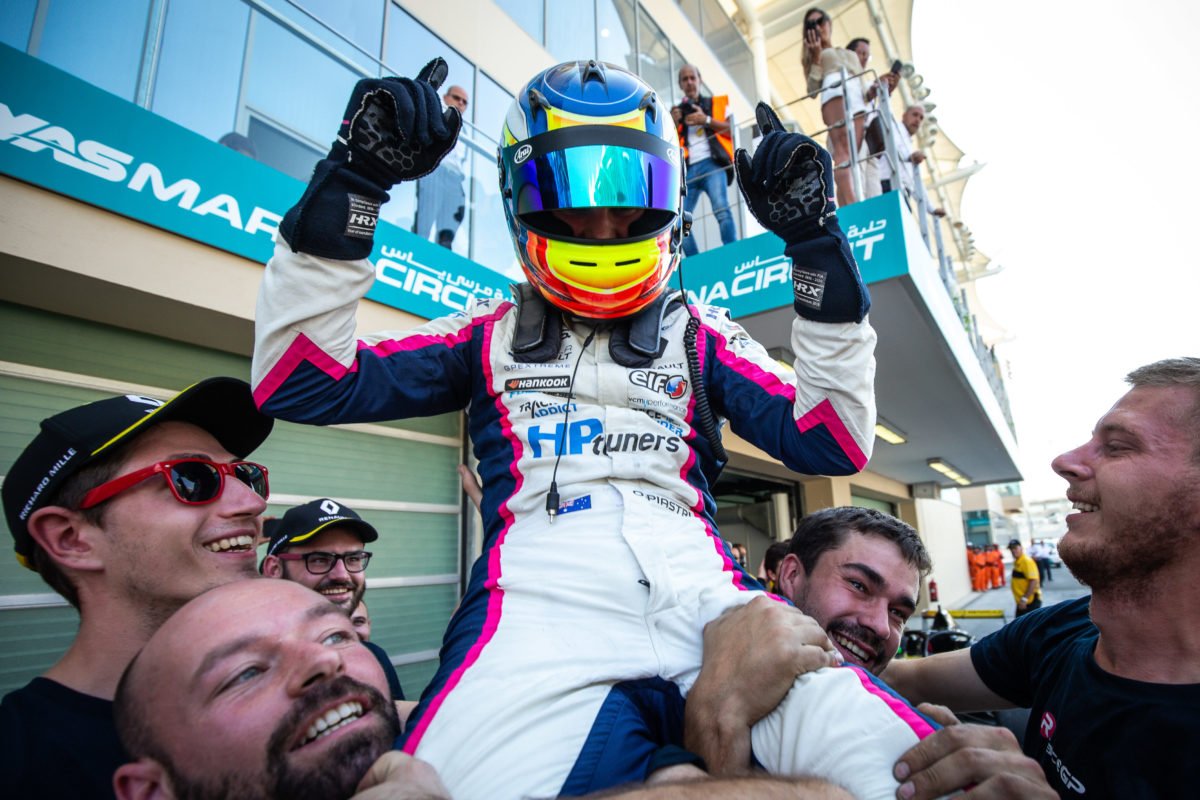 Australian youngster Oscar Piastri has taken out the 2019 Formula Renault Eurocup title at the season finale in Abu Dhabi.

Having won the penultimate race the previous day, Piastri started on the front row and claimed fourth in the final race of the year to confirm himself of the crown.

The teenager survived a nail-biting race, dropping two places off the start and surviving a scare from Matteo Nannini.

An optimistic move from the Italian saw him narrowly miss Piastri, who held down fourth for the duration of the encounter, edging Victor Martins to the gong.

“It wasn’t the best of races for me, we didn’t have any pace compared to (Martins), but we had the speed to get it across the line.

“I don’t think (the championship has) sunk in yet; I think I need a few more hours to soak it all in.”

“A massive thank you goes to R-ace GP, they’ve been faultless the whole time,” he added.

“It’s been a terrific battle between our team and (Martins’) MP Motorsport for the whole season, and it’s great to come out on top.”

The title success follows an FIA Formula 3 Championship test outing for Piastri with Prema at Valencia, a series he’s now likely to join for 2020.