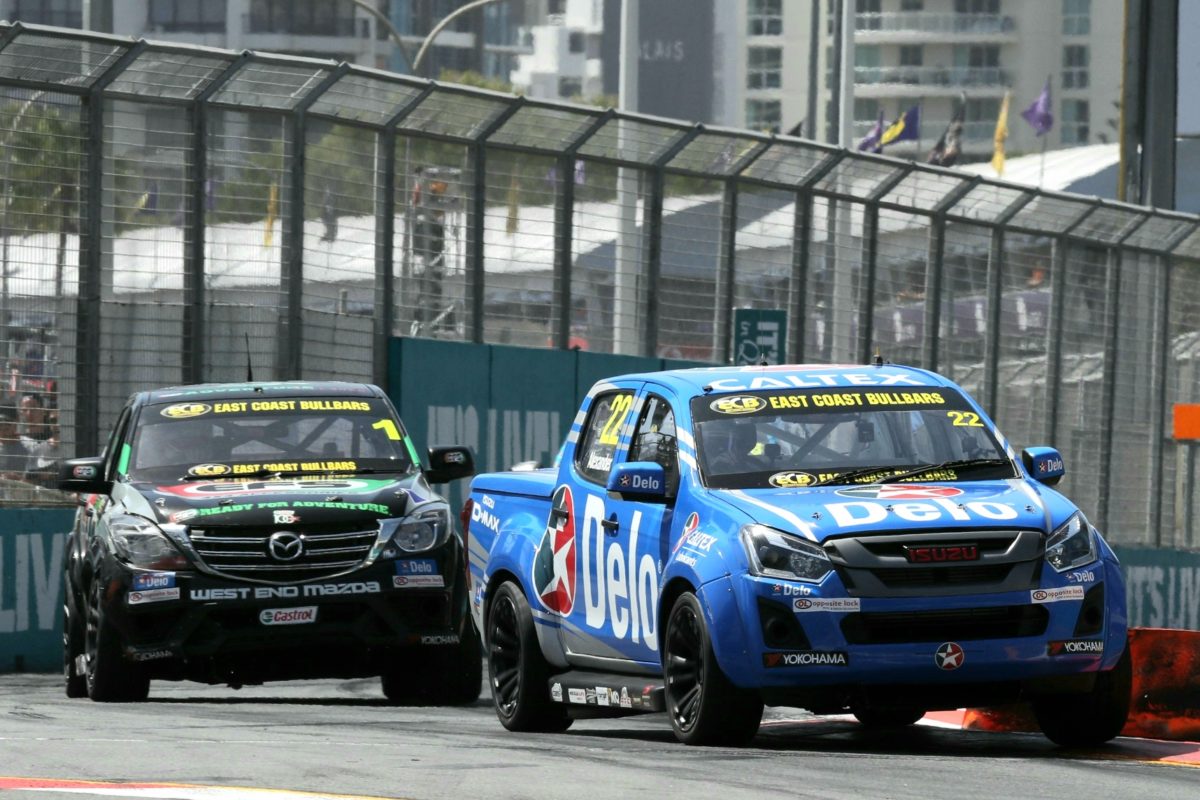 Tom Alexander fended off a late surge from title rival Ryal Harris for victory in the final SuperUtes race of Round 7 at the Vodafone Gold Coast 600.

Alexander (Isuzu D-Max) saw off two separate attacks from Harris (Mazda BT-50) including an attempted move around the outside on the opening lap which saw Harris tag the wall.

The pair started from the front row for the eight-lap encounter and Alexander nosed ahead on the run to the first corner but immediately came under attack from Harris.

Harris tried to go around the outside of Alexander for the lead at Turn 11, however, ended up in the fence and dropped back to fifth.

Jaiden Maggs (Toyota Hilux) speared into the same tyre wall on his own a few moments later, while Christopher Formosa also clouted the barrier.

With Formosa’s Ford Ranger needing recovery, the Safety Car was deployed on Lap 2 before action resumed on Lap 5.

Harris began his surge back up the order, quickly clearing Ben Falk (Mazda BT-50) and Cameron Crick (Mitsubishi Triton) to get up to third by Lap 6.

He then pounced on Ben Walsh (Toyota Hilux) on the following lap at Turn 4, setting his sights on race leader Alexander.

On the final lap Harris closed down on Alexander but fell 0.3s short at the chequered flag despite setting a new lap record on the last tour.

Alexander took victory and therefore extended his series lead, while Harris had to settle for second, ahead of Walsh.

The final round of the 2019 ECB SuperUtes Series takes place at the Coates Hire Newcastle 500 from November 22-24.