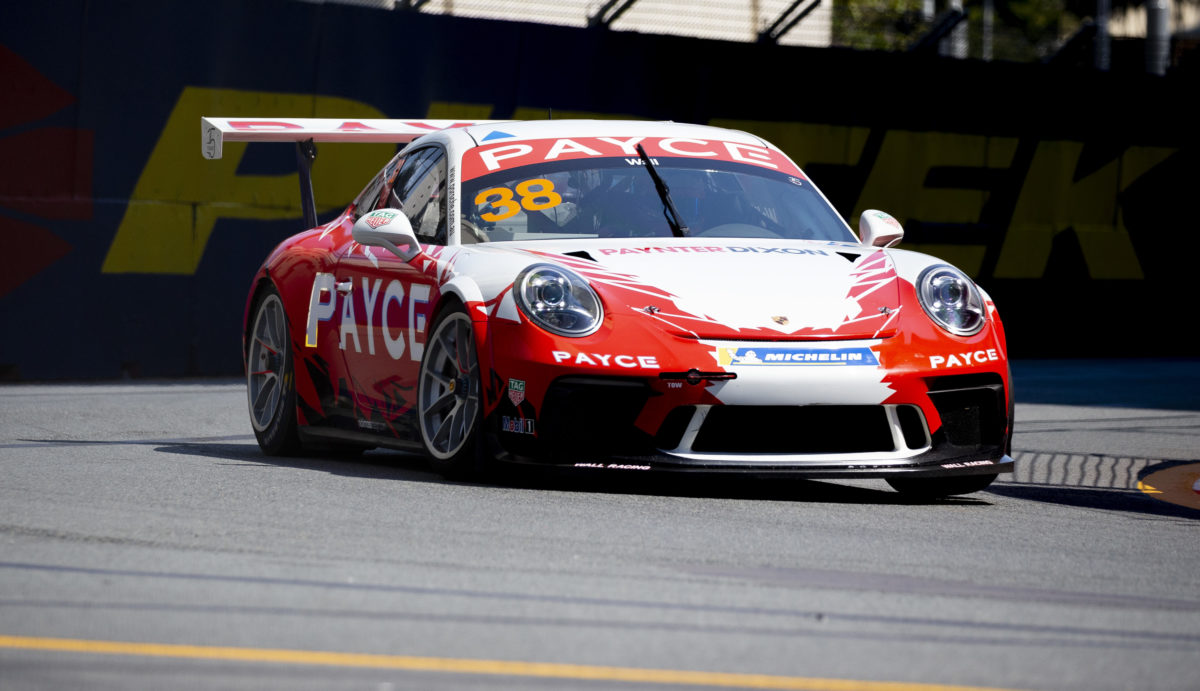 After making a strong start, Wall survived an early Safety Car restart to lead from start-to-finish ahead of Jordan Love and Cooper Murray.

Wall converted pole position into an early lead as the field filed largely in grid order through the first chicane, Love slotting into second and Murray third. 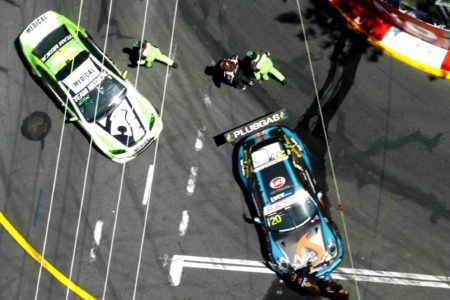 Flack’s car in the fence

Adrian Flack found the wall at Turn 11 after missing his braking point while battling with Tim Miles to trigger an early Safety Car.

At the restart Wall maintained his advantage while Love found himself harried by Murray as they battled over second place.

That allowed the leader to open a one second advantage, while Dale Wood in fourth maintained a watching brief ahead of Cameron Hill.

Michael Almond headed a queue of cars further back, Nick McBride and Thomas Maxwell in close proximity with Sam Shahin also within striking distance as the leading ProAm runner.

As the race developed McBride dropped off the back of Almond, though managed to keep Maxwell tucked up behind him as he held down seventh place.

The pair came together at the penultimate turn, Maxwell turning McBride around before the former was forced into the pits with damage to the front right corner of his Porsche.

Out front, Wall gradually extended his advantage to more than two seconds over Love, with Murray claiming the fastest lap but unable to find a way by the second placed runner.

Murray showed his nose at Turn 4 on on the 24th lap but wasn’t close enough to make the move stick, with Love not feeling the need to defend.

With three laps to run Harri Jones became a victim of the Turn 11 wall after a coming together with Aaron Love while dicing over 10th.

It left Jones with damage to the front end of his car, and prompted officials to hang the chequered out three laps early for race winner Wall.