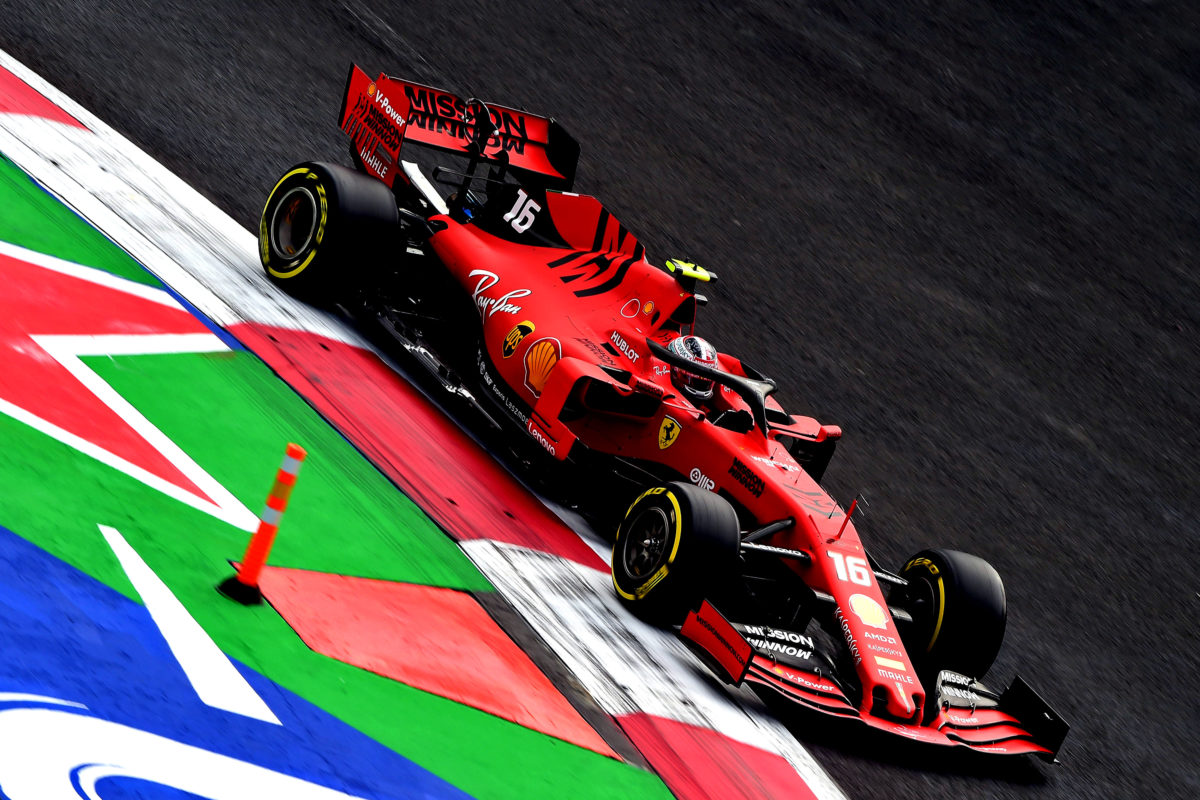 World champions Sebastian Vettel and Lewis Hamilton shared the honours after they each topped the Friday practice sessions for the Formula 1 Mexican Grand Prix.

Hamilton headed the day’s early 90-minute hit out by a tenth of a second over Charles Leclerc, before Vettel ended the day on top at the conclusion of Practice 2.

Vettel rose to the top of the timesheets early in the second session, leading a Ferrari one-two for a time as Leclerc held down second, a quarter of a second back.

Hamilton and Max Verstappen improved midway through the session, the leading runners having all used medium compound tyres before switching their focus to qualifying simulations.

Vettel remained fastest as times tumbled with Verstappen moving up to second best with his 1:16.722s just over a tenth down on the lead Ferrari.

Leclerc then followed from Bottas and Hamilton ahead the Toro Rosso duo of Daniil Kvyat and Pierre Gasly.

The Top 10 was rounded out by Carlos Sainz, Nick Hulkenberg, and Lando Norris, with Daniel Ricciardo only 13th.

An 18-minute delay mid-session broke up proceedings when Alex Albon lost control at Turn 7, tagging the wall with both the front and rear of his Red Bull to draw the red flag.

Leclerc also had a spin in the same area of the circuit, though the Ferrari driver was about to keep it out of the fence and carry on to set the third best time of the session.

A number of other drivers also had moments, including Valtteri Bottas, Carlos Sainz, and Kevin Magnussen, though none as serious as Albon’s.

The Thai-British driver ended Practice 2 slowest with just five laps to his name, while team-mate Verstappen racked up 37 laps and the second best time of the day.

Earlier, Hamilton had topped opening practice with a 1:17.327s to head Leclerc, Verstappen, and Albon.

The session had started damp owing to overnight rain, with installation laps set on intermediate tyres before conditions improved.

Lance Stroll had a moment coming out of the stadium section, drawing a brief red flag so barriers could be repaired, though the Canadian was able to drive his Racing Point back to the pits.

That triggered a final flurry of activity, which again saw Stroll among the action as Vettel found himself caught in heavy traffic as he attempted to start his final lap.

Practice in Mexico continues on Saturday with Practice 3, coverage to start from 0200 AEDT on Sunday morning ahead of qualifying at 0500.