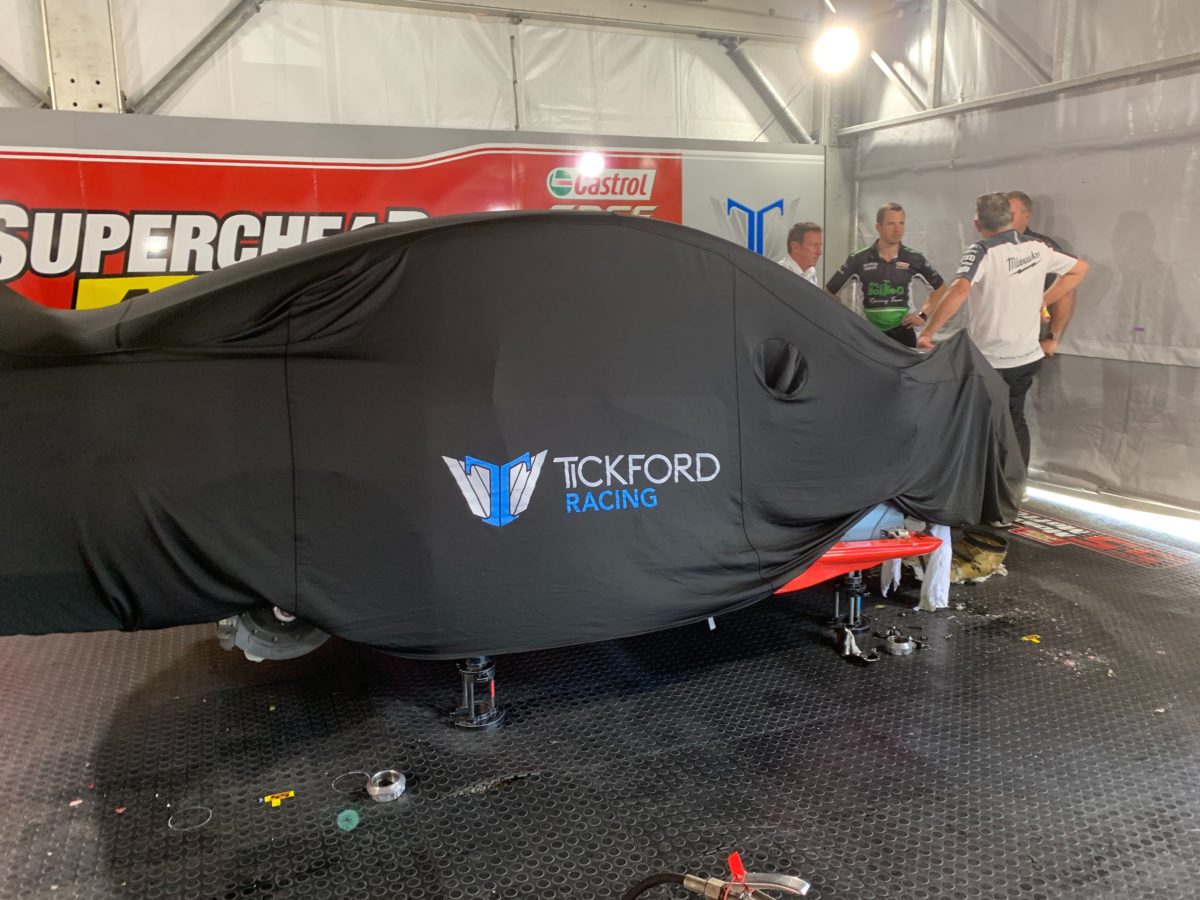 The Supercheap Auto Mustang which Chaz Mostert crashed in the Armor All Top 10 Shootout has been declared a write-off by Tickford Racing and therefore out of the Vodafone Gold Coast 600 weekend.

Mostert glanced the inside wall entering Breaker Street during his one-lap dash, which fired him hard into the concrete on driver’s right.

Having already confirmed that Mostert and co-driver James Moffat will not feature in this afternoon’s opening race of the Vodafone Gold Coast 600, Tickford has now determined that the chassis will not race again at all.

“The damage is back as far… well, the engine’s not even connected to the car anymore. It’s sheared the engine off, it’s shoved it backwards through the car.

“The chassis’s a complete write-off and as is a bunch of stuff that’s bolted to it.”

As to a replacement car, Edwards said, “We’ve got one sitting there painted in the workshop and then we’ve also got the car that (Thomas) Randle used at Tailem Bend, which I would suggest will be the car we’ll be using at Sandown.”

Mostert has won the Saturday race in each of the last two Gold Coast 600 events, with Steve Owen in the rain in 2017 and with Moffat last year.