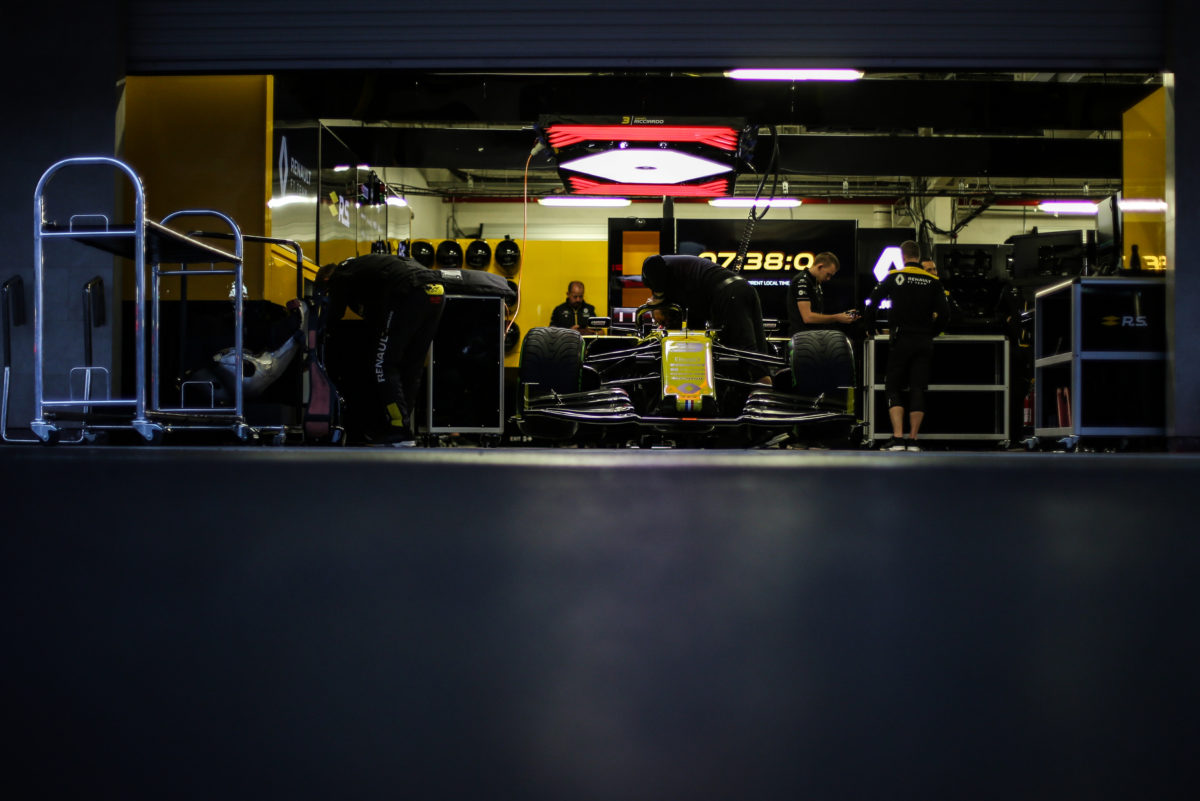 Cyril Abiteboul argues the brake system is not a driver aid

Renault team boss Cyril Abiteboul has argued that branding its brake system as a driver aid was a harsh and subjective opinion.

Daniel Ricciardo and Nico Hulkenberg were disqualified from the Japanese Grand Prix after stewards declared the braking system on their cars a ‘driver aid’.

Regulations state that the driver must drive the car alone and unaided.

Though details of precisely how Renault’s brake system worked have not been released, it has been acknowledged that the system automatically changed the brake bias without input from the driver.

While this does not implicitly breach the sporting regulations, the protest from Racing Point in Japan saw stewards rule against the device from a sporting perspective.

“We do not deny it is a form of driver aid,” Abiteboul argued.

“Not to make the car faster, but to reduce the workload of the drivers.

“It was always going to be a bit of a subjective assessment as to how far it is aiding the driver and whether it’s acceptable or not.

“The stewards have judged it’s not acceptable, so be it.

“For me it’s harsh on the team. It’s also even harsher on the drivers because I think it’s a very poor recognition of what they are doing.

“It’s shedding a negative light on what they are doing, the way they are performing in the car.

“We will see this weekend, we will have the competitiveness we have – it’s independent of whatever braking system we have or not.”

Unwilling to confirm exactly when the team first started using the system, Abiteboul admitted that it pre-dates the 2019 season.

“It’s been used since so many years that we never thought it could be put into question until what happened presently,” he explained.

“”I don’t want to go into details but it’s not from this season,” he added.

It’s established practice in Formula 1 that teams run proposed solutions through the FIA if they believe they fly close to the regulations.

Similarly, if a team holds concerns about another’s legality it asks questions of the FIA, which issues a technical directive.

This process allows grey areas to be quietly tidied up outside of the public eye and without the negative press that follows a team being disqualified from an event.

While Abiteboul admits his team did not engage the FIA he also suggests Racing Point didn’t follow the unwritten rule in regards to clarifying grey areas in the regulations.

“Another party has decided to ask for an opinion,” Abiteboul said.

“The normal course would have been to ask the FIA to issue a technical directive, or to engage a discussion with us directly, not in the context of a race, not through the stewards.

“In that case we could have the opportunity to change.

“Before that event of Suzuka, there was never such discussion or speculation regarding the legality of our system.

“We were absolutely convinced, as further demonstrated, that we were legal, and (in fact) we were legal from a technical perspective.”