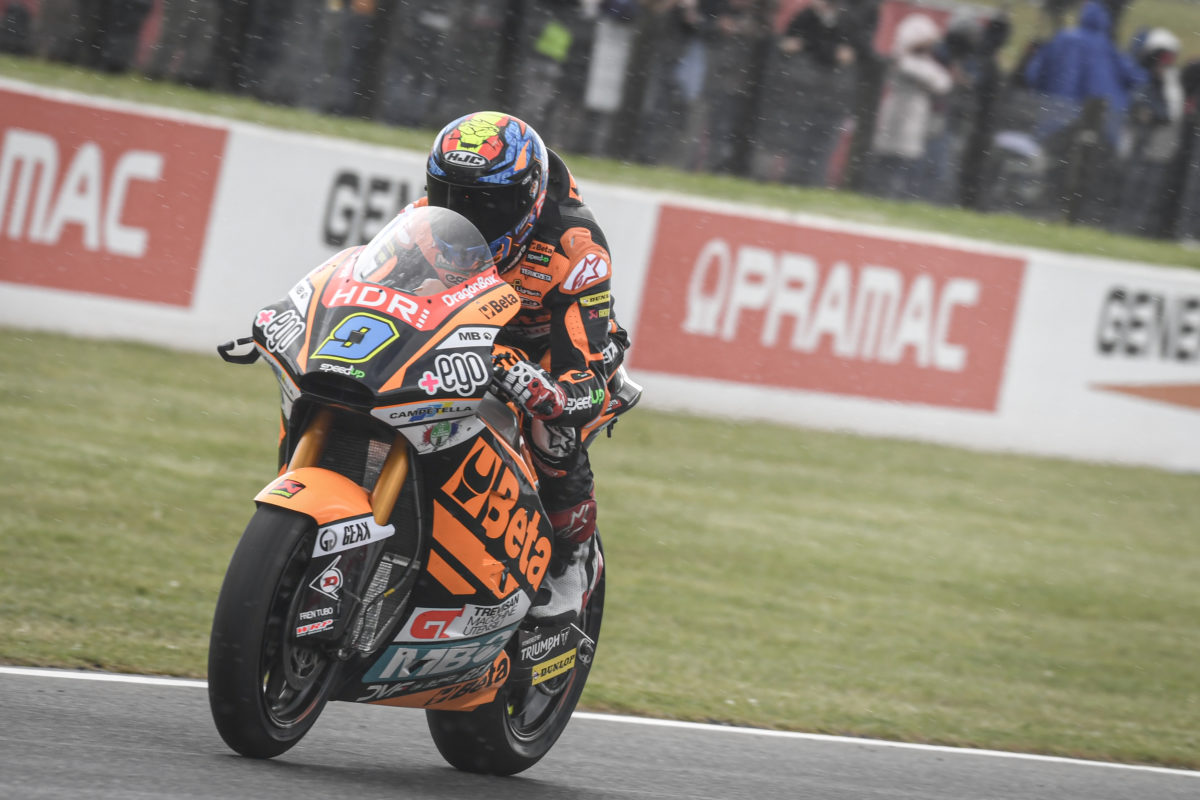 Jorge Navarro was on top when a shower five minutes from the end of Moto2 qualifying at Phillip Island prevented late charges.

Title favourite Alex Marquez (EG 0,0 Marc VDS Kalex) was seventh fastest in Qualifying 2, but with sixth quickest Sam Lowes (Federal Oil Gresini Kalex) having to start from the back of the grid because of irresponsible riding in FP2, Marquez moves onto Row 2.

Several riders missed the opportunity to make the most of the better track conditions, including Remy Gardner (ONEXOX TKKR SAG Kalex) who made his way through Q1 in impressive style and is due to start from 13th. 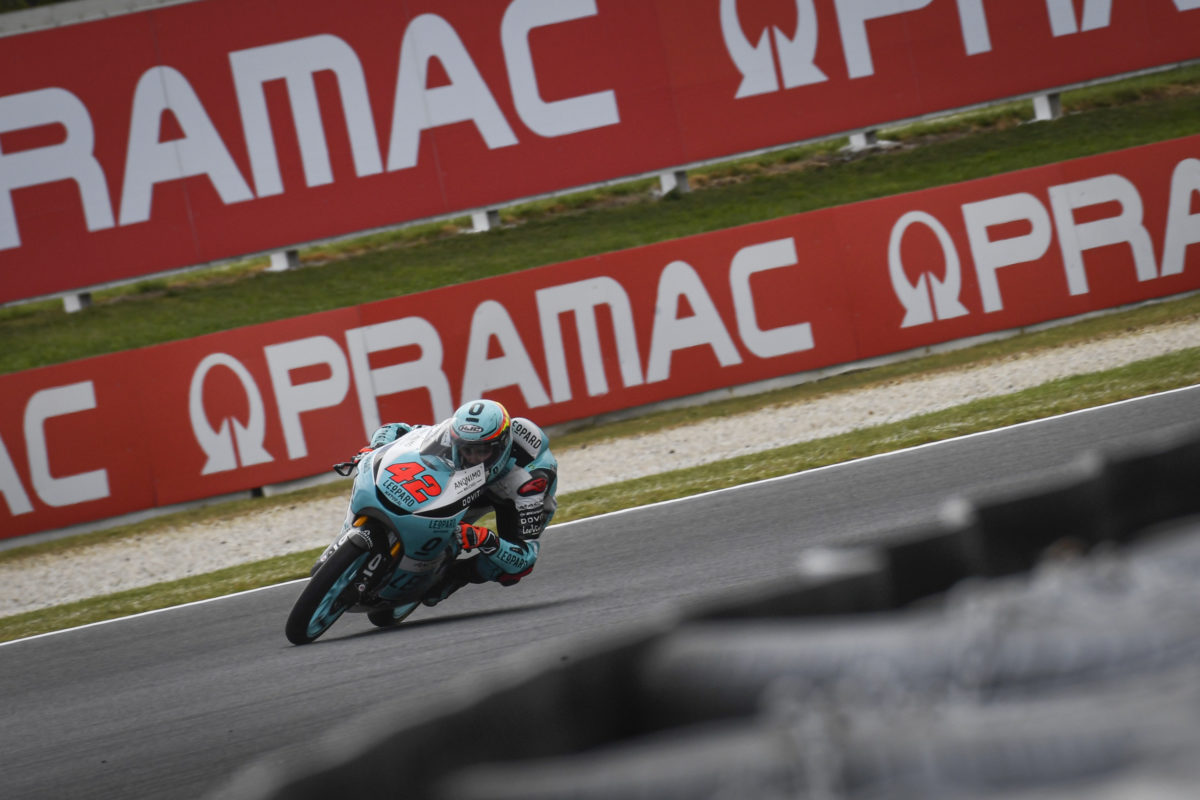 Marcos Ramirez similarly became a Moto3 pole-sitter after a tricky qualifying session which was not all due to the fickle weather.

Australian wildcard Yanni Shaw caused a stoppage in Qualifying 1 when his Double Six Kalex KTM spewed oil onto the track.

More than half of the field fell at Honda Corner; fortunately, the slowest part of the track.

Despite the lengthy delay, Ramirez (Leopard Honda) mastered the tough conditions with all riders staying on slick tyres despite the greasy surface.