Mostert out of GC600 opener after Shootout crash

Mostert out of GC600 opener after Shootout crash 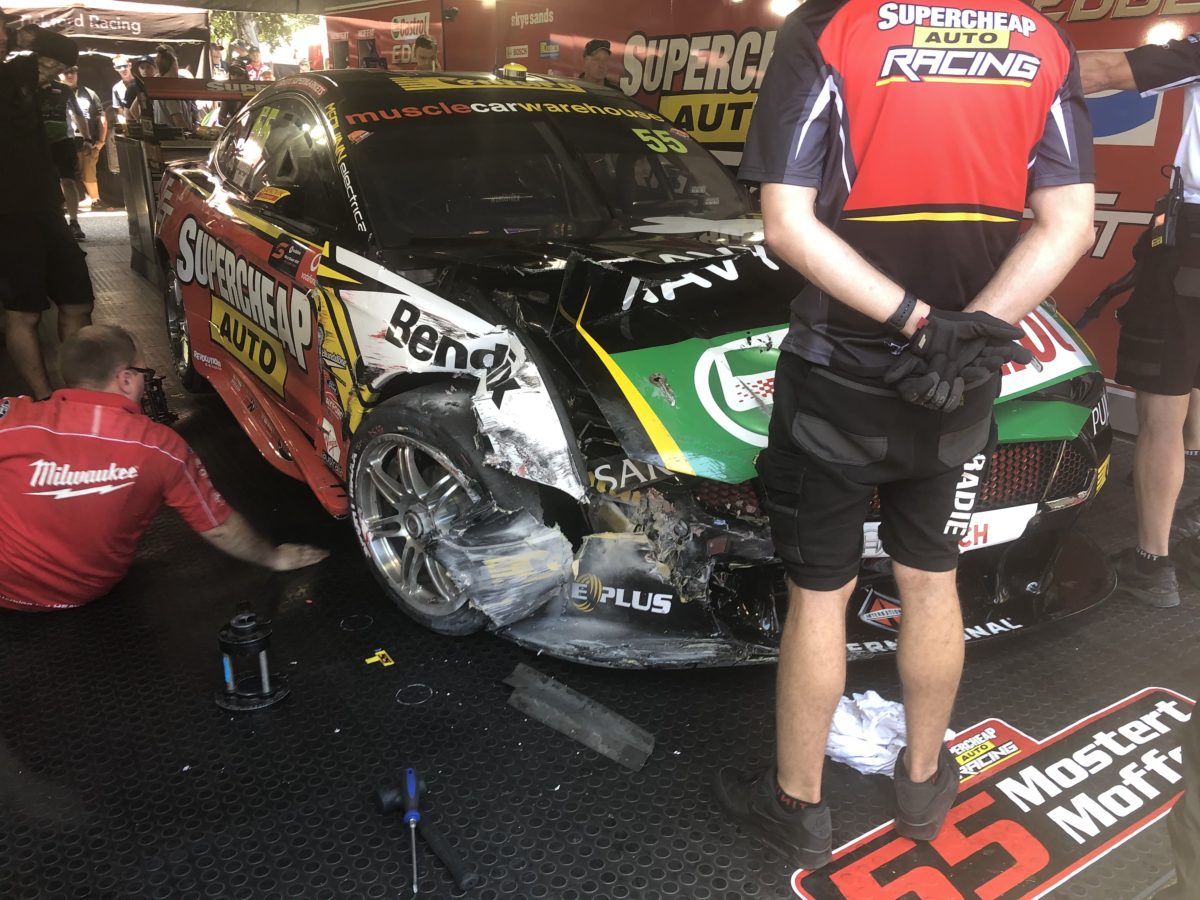 Chaz Mostert and James Moffat will sit out the opening leg of the Vodafone Gold Coast 600 after a heavy crash during the Armor All Top 10 Shootout.

Having set the fastest time in qualifying earlier, Mostert brushed the inside wall at Turn 11 which fired the Supercheap Auto Mustang across the road where it made heavy contact with the concrete barriers.

With the car recovered to the Tickford Racing garage, team owner Rod Nash told Speedcafe.com that it cannot be repaired in time for today’s race.

His prognosis married with Mostert’s own, the winner of last year’s Gold Coast 600 Saturday race accepting that his day was done but hopeful of a return tomorrow.

“Super gutted for the whole Supercheap Auto, Tickford team; just made the smallest mistake and it bites you,” he said.

“Just unlucky where it’s hit the wall, it’s damaged the car pretty bad, I’m pretty sceptical to see if we will get out this weekend.

“It’s no excuse, we were nowhere in the first sector, kind of nowhere checking for a lap so shouldn’t have really made that mistake.

“Just really struggled with the feel of the car under me to start with but, saying that, it’s our job to drive around those things and try and do a time and I just failed today, it’s pretty simple.

“I don’t see them turning that car around for today,” he added.

“Just unlucky on the angle it hit on the outside wall, it’s really pushed the car in quite hard, but like I said, we’ll assess the damage and get on from there. Try to redeem something for tomorrow if we can get out.”

Scott McLaughlin claimed pole position in the Shell V-Power Racing Mustang he shares with Alexandre Premat for this afternoon’s race, which is set to begin at 1500 local time/1600 AEDT.