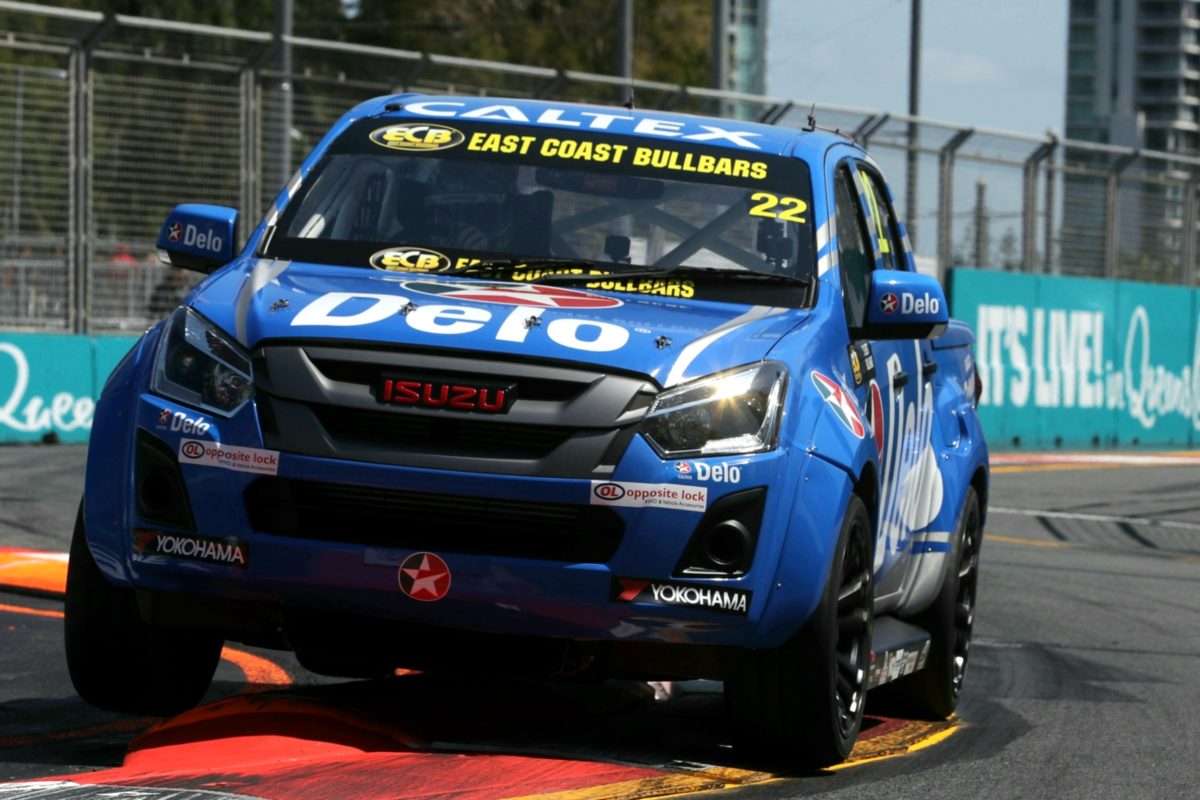 Tom Alexander beat Ryal Harris to Armor All Pole Position for the ECB SuperUtes at the Vodafone Gold Coast 600.

Alexander (Isuzu D-MAX) pipped Harris (Mazda BT50) to the fastest time in the closing stages of the 20-minute qualifying session, with 1:30.717s proving enough for the top spot.

Harris banked a 1:30.740s, pitting following his quickest lap where he remained until the end of the session to end up second.

Jaiden Maggs found the fence at Turn 5 in the opening five minutes of the session in his Mitsubishi Triton, bringing out a brief red flag and ruling him out for the balance.

When the session went green again, Harris set his 1:30.740s to lead Alexander and Crick.

Alexander’s team spent time working under the bonnet of the Izuzu but the Kiwi returned to the track in the final stages to improve on Harris’ time and take pole.

Race 1 for the SuperUtes takes place at 1735 local time.