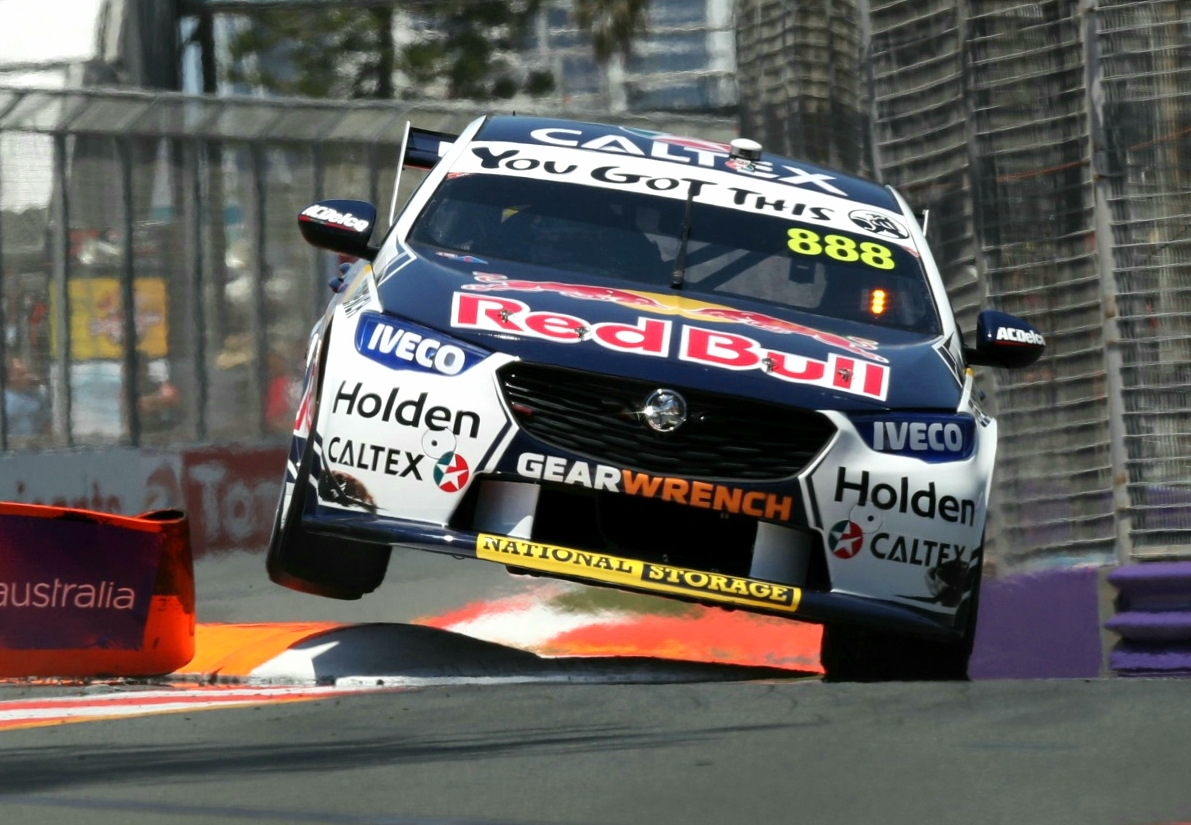 Jamie Whincup has set the pace in Practice 1 at the Vodafone Gold Coast 600 as James Golding hit the wall.

Whincup jumped from outside the top 10 and into first position with a 1:10.6096s in the #888 ZB Commodore with the chequered flag out.

The lap put him almost a quarter of a second clear of second placed Chaz Mostert (#55 Supercheap Auto Mustang), while Shane van Gisbergen, who had a late run-in with Richie Stanaway, ended up third in the second of the Red Bull Holden Racing Team entries. 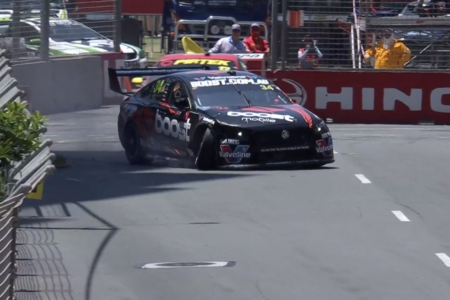 Golding failed to make the turn onto Breaker Street, away from the beach, with a touch over seven minutes of the half-hour session remaining.

The impact with the wall caused noticeable damage to the right-front corner of the #34 Boost Mobile ZB Commodore and a second hit at the back end of the car.

Van Gisbergen (#97 ZB Commodore) and Stanaway were involved in the other significant incident of the session when they made side-to-side contact at the same corner of the race track in the final minute.

The Triple Eight driver followed the Garry Rogers Motorsport machine all the way along the beach and even appeared to make light contact exiting the back chicane.

Van Gisbergen then dived down the inside at Turn 11, precipitating the contact, but argued he was not at fault.

“He’s one of my good mates but… he wonders why sometimes,” said van Gisbergen.

“Yeah. I went down the inside and he just slammed me.

Stanaway explained, “We don’t run a left side mirror, and I was on a lap.

“So I was just trying to do my thing an then obviously it ruined both of our laps and then (he) was getting into me at the chicane. I don’t know. I don’t know what he’s up to.”

Cameron Waters (#6 Monster Energy Mustang) gradually climbed to second position on his second run, which left him 0.0026s away from van Gisbergen.

A red flag was called for Golding’s crash before the field was let loose again for a final run, at which time Mostert elevated himself from outside the top 10 to first position with a 1:10.8467s.

Van Gisbergen got closer when he set a 1:10.9310s despite a slide off the Beach Chicane, before his coming together with Stanaway.

Whincup then made his leap back into the top 10 in the sister Triple Eight Race Engineering entry, leaving Mostert second and van Gisbergen third.

Several co-drivers got track time during the hit-out, with McLaughlin only completing one run before handing over to Alexandre Premat, while Luke Youlden finished the session in Car #9. 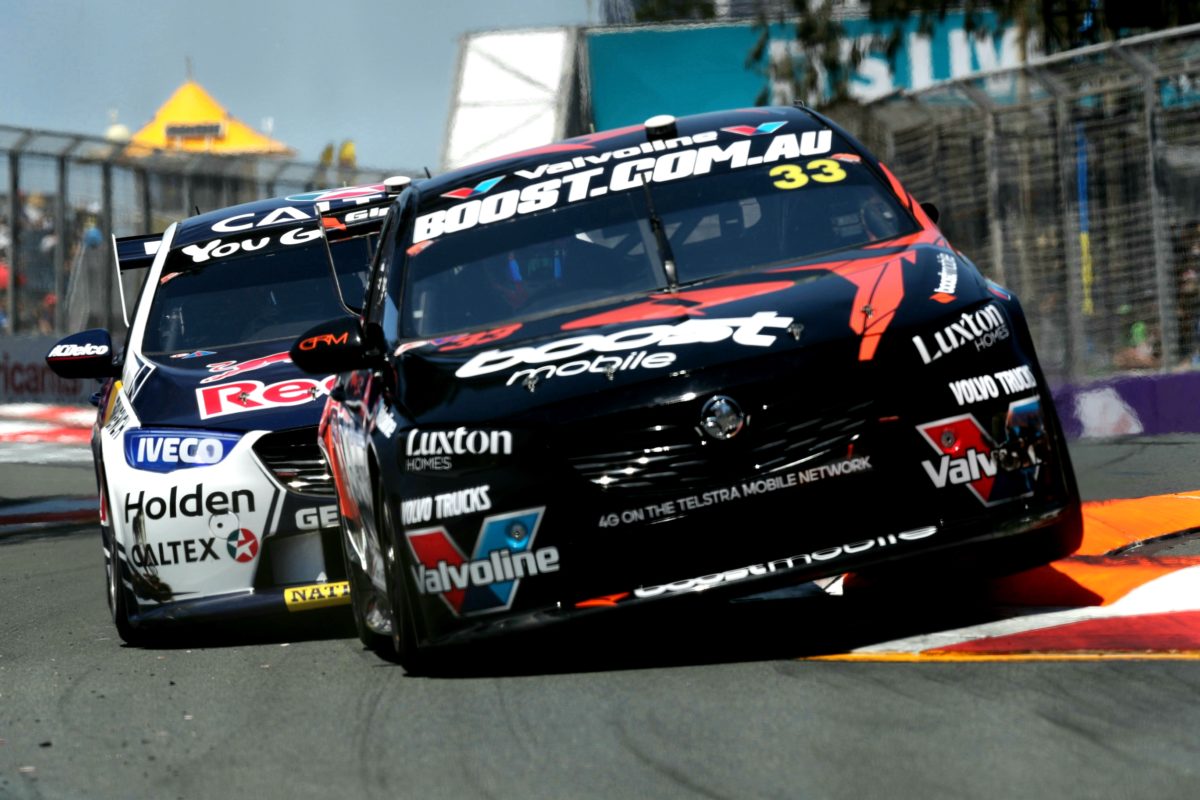