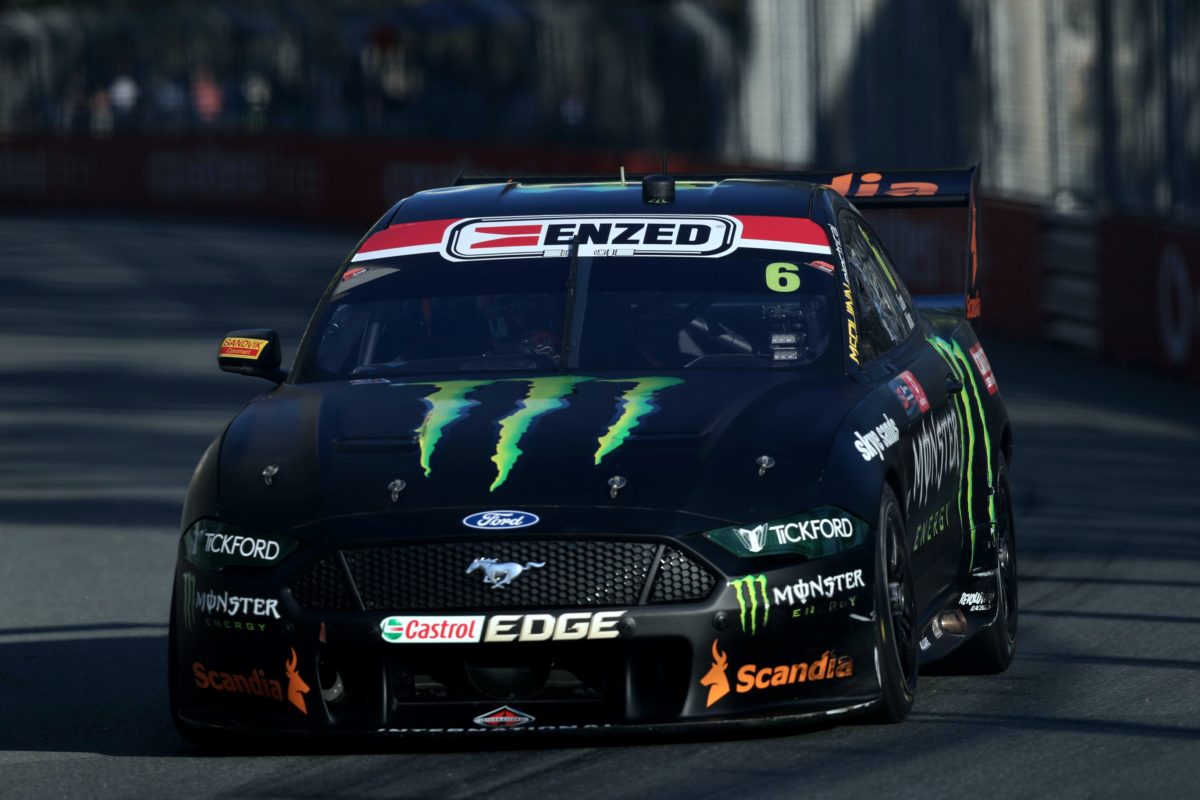 Cameron Waters has come out on top as the wick was turned up in the final practice session for the Vodafone Gold Coast 600.

The Tickford Racing driver went on what appeared to be a slightly early Armor All Qualifying simulation and duly delivered a 1:09.9534s in the #6 Monster Energy Mustang.

Virgin Australia Supercars Championship leader Scott McLaughlin appeared to waste the best of his new tyres with a kerb strike and could only manage a somewhat subpar seventh, at 0.3474s off the pace.

While Will Davison (#23 Milwaukee Mustang) started off with a 1:11.0388s, Whincup needed only two laps to set the then-fastest day with a 1:10.3126s in the #888 ZB Commodore, which beat his Practice 1 pace-setter by almost three tenths of a second.

Chaz Mostert soon crossed the stripe in a time just 0.0049s slower in the #55 Supercheap Auto Mustang, before a red flag was called in the 12th minute for water on the race track at the exit of Turn 3. 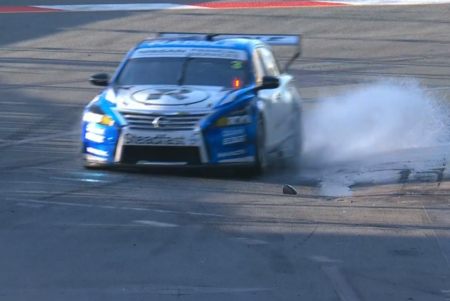 “I think someone’s emptied the bath and it’s ended up on the track. I’ve come around and all of a sudden the track is wet and it’s all out of control.

“It was only last week that we were in the fence from something unlucky, you know…”

A hose in a garden behind the inside wall was reportedly believed to be the cause, but the session resumed after a delay of almost six minutes.

Van Gisbergen took the #97 ZB Commodore to a 1:10.2231s shortly after the restart, and it took nearly 10 minutes for that time to be bettered.

That was done by Waters with five minutes to go in the session and plenty of qualifying simulations to come.

However, Waters’ 1:09.9534s stood up as the best of the half-hour, late afternoon hit-out, with Whincup moving to third as he took the chequered flag.

“We weren’t really running the best tyre through the session,” said Waters.

“We put a good tyre on and I think it’s more in my just trusting the car’s going to do its job. There’s a little bit more in it.

On using the kerbs, he added, “I was pretty hungry, but I was safe as well, so I didn’t flag any sensors which was cool.

“But you’ve got to be on the limit here every lap to be fast. I think it was every run I had the mirror pushed in, and asked the boys to pull it back out.

“I don’t know, might actually put a little spring on that to push it back out tomorrow.”

Reynolds was shuffled back to fourth, ahead of two more Tickford Racing entries in the #5 The Bottle-O Mustang of Lee Holdsworth and the #55 Mustang of Mostert.

McLaughlin picked up a kerb strike at the Beach Chicane on a qualifying sim and while he went fastest to the first sector on his following lap, the time went away in the following sectors and he broke the beam at a 1:10.3008s.

Top Nissan driver was Andre Heimgartner in 11th in the #7 Plus Fitness Altima at 0.5482s off the pace, while Brodie Kostecki propped up the timesheet in the wildcard #56 Boost Mobile Kostecki ZB Commodore.

The next session is Armor All Qualifying for Race 26, tomorrow from 0940 local time/1040 AEDT.