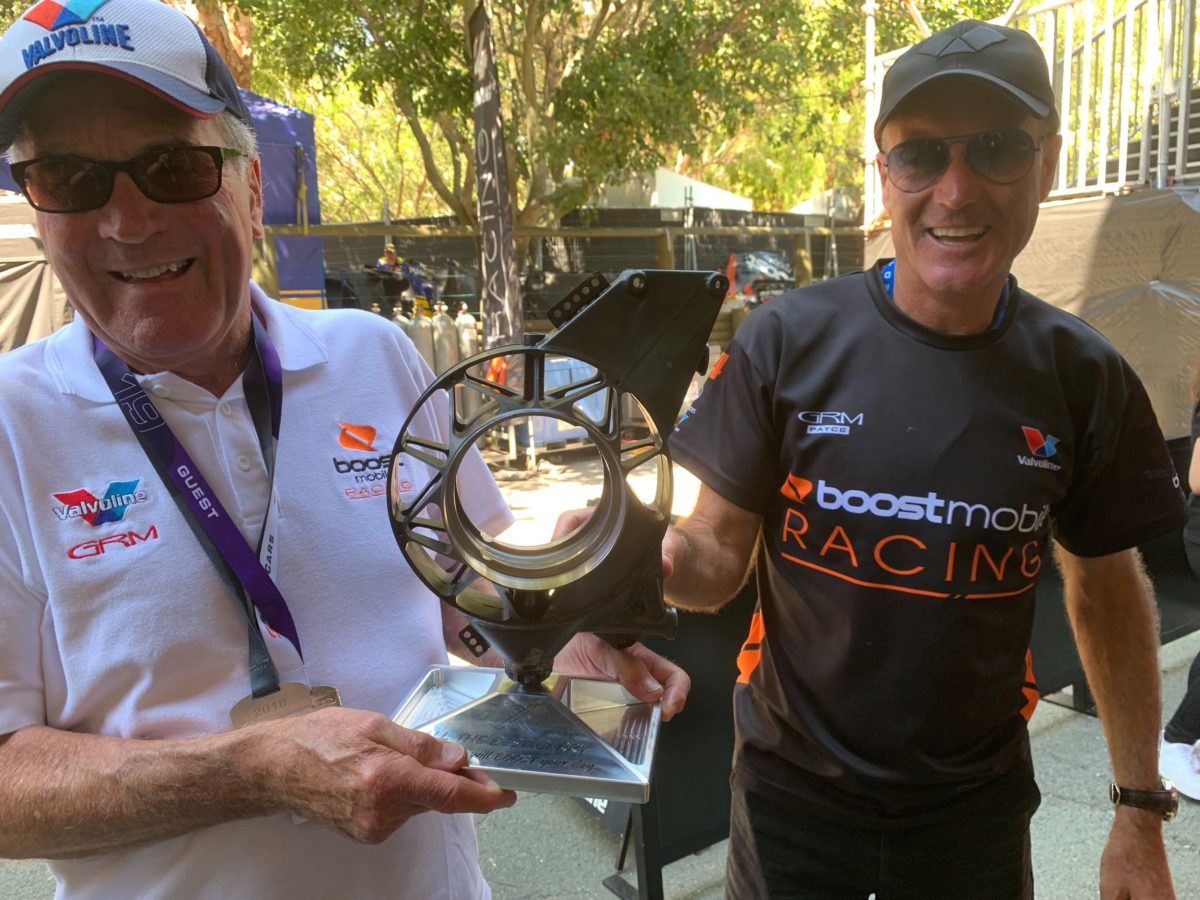 Triple Eight has presented a special tongue in cheek tribute to Garry Rogers to honour his 24-year spell in Supercars following confirmation Garry Rogers Motorsport will depart the category at the end of the season.

The factory Holden squad has created a trophy out of a front upright that has been placed on a plinth and engraved with the words ‘All the best Garry. Maybe this will boost your day’.

Front uprights were at the centre of GRM’s decision to leave Supercars after title sponsor Boost Mobile issued an ultimatum saying it would withdraw its backing of the team if Supercars refused to introduce the components next year.

Triple Eight presented the heartfelt gesture to Garry Rogers during a team owners meeting held on the Gold Coast on Thursday night.

Team boss Roland Dane felt Rogers should be acknowledged for his commitment to the sport over the years.

“Garry has made a real contribution, more than pretty much everyone in the paddock over the years,”  Dane told Speedcafe.com.

“He has put his heart and soul and his money into this sport for a quarter of a century, so it was good to be able to acknowledge that last night in the team owners meeting.

“Hopefully that upright came in handy this morning after the car hit the wall. He can come and buy the other one later,” Dane joked after GRM’s James Golding found the wall during Practice 1 of the Vodafone Gold Coast 600.

“To be honest the category has been a pretty s**t place the last couple of weeks so it was nice to have something other than controversy to talk about last night.”

Rogers, one of the paddock’s most colourful characters, took the tribute in jest, before admitting he would miss Triple Eight and all the teams after confirming his team will withdraw from Supercars and focus on projects in S5000 and TCR Australia next year.

“I like a bit of humour in my life, I can see their point, I mean they’ve a done a good job with their technical components,” Rogers told Speedcafe.com.

“To me if you can’t have a laugh then you shouldn’t be here.

“I will miss them (Triple Eight) and all the teams too, I really will.

“I have had an enormous amount of fun in this industry but as I say our original program was about bringing young drivers into the sport and we are still going to do that, and the programs we will be in will allow us to do that.” 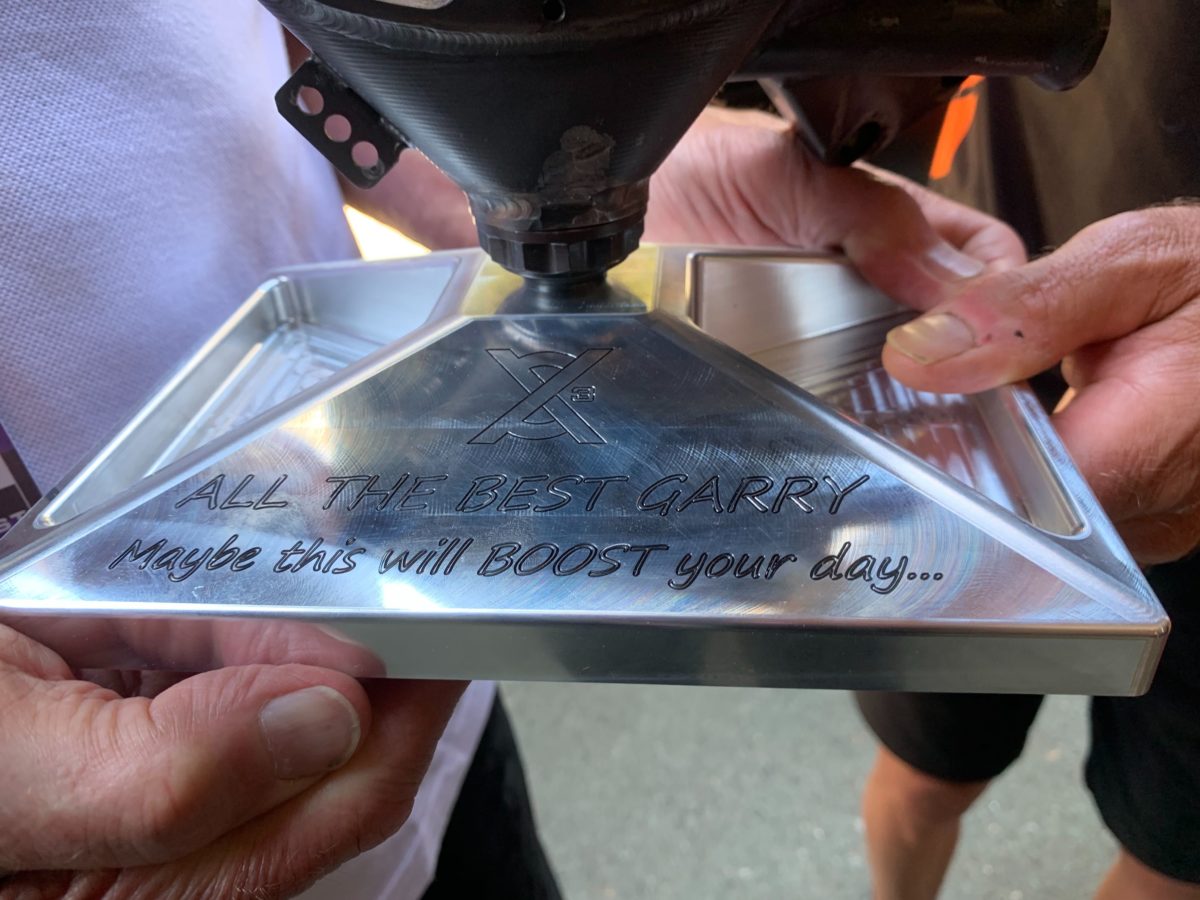