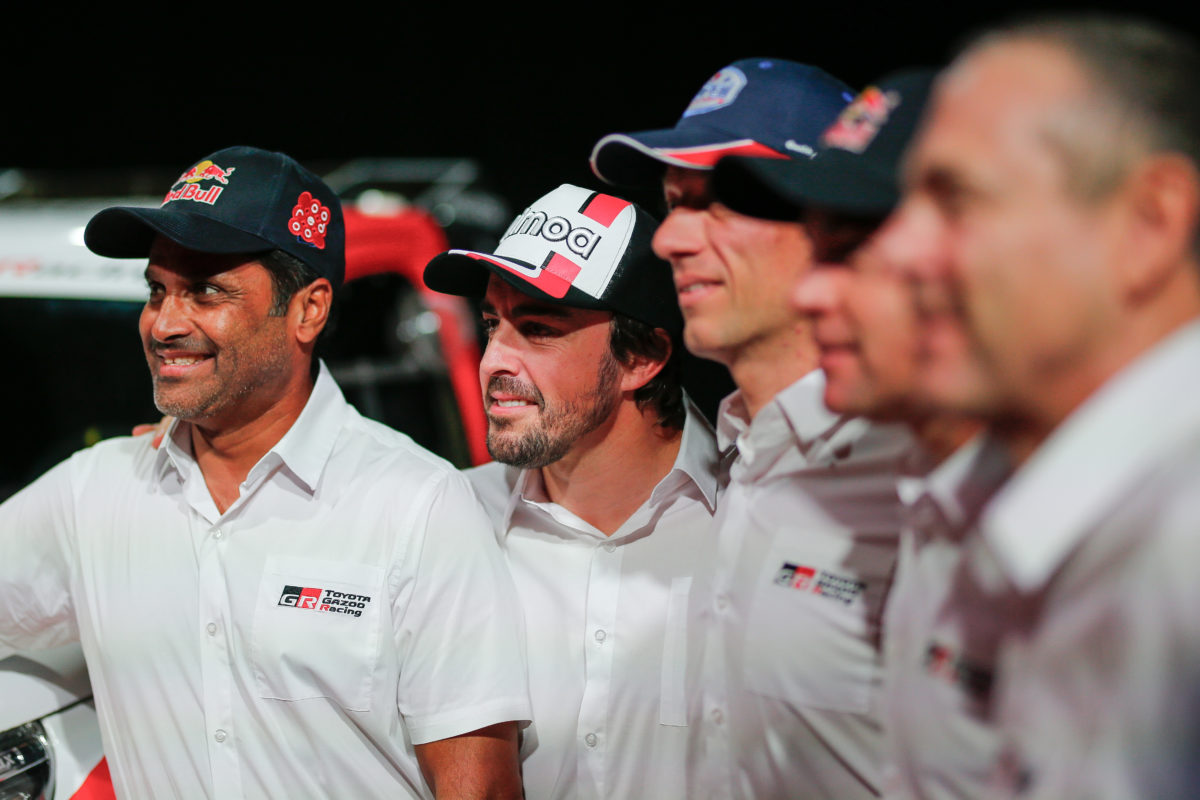 Fernando Alonso will compete in the 2020 Dakar Rally

Fernando Alonso will make his Dakar Rally debut with Toyota Gazoo Racing next January, the team has confirmed.

The two-time Formula 1 world champion joins a four-car line-up headed up by Nasser Al-Attiyah, who gave Toyota its first ever Dakar win this year, with Giniel de Villiers and Bernhard Ten Brinke in the other two Hiluxes.

Alonso will be navigated by compatriot Marc Coma, who was by his side for the Lichtenburg 400 and Morocco Rally events which they undertook as preparation for Dakar in recent months.

The Spaniard first tested a Dakar-spec Hilux in March this year, but his participation in the blue riband rally raid had not formally been confirmed until now.

The 2020 Dakar Rally, which will be held in Saudi Arabia, begins on January 5.

Next Story Fundraiser for bushfire destroyed off road racing facility

Previous Story Have your say in the Speedcafe.com Motorsport Survey