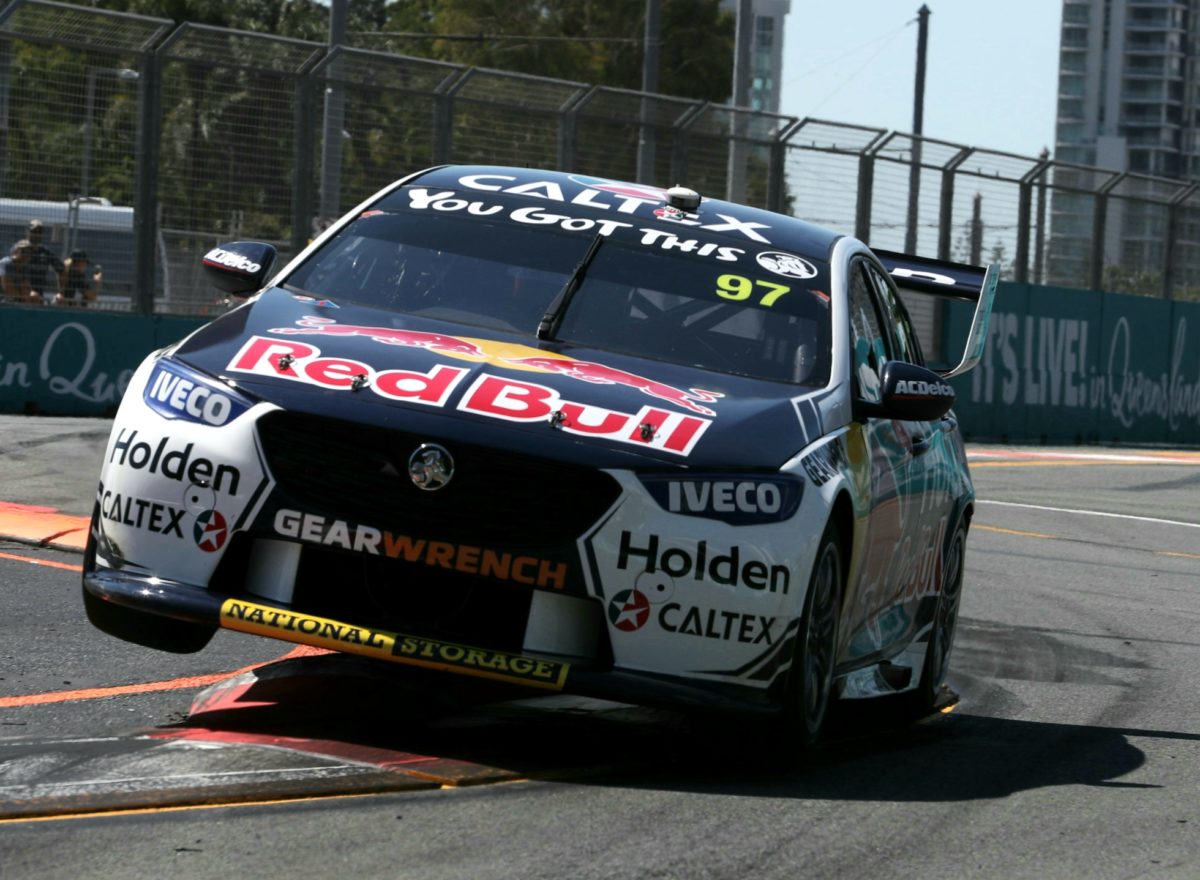 Garth Tander has prevailed over James Moffat and Alexandre Premat in Practice 2, for co-drivers only, at the Vodafone Gold Coast 600.

The margin at the head of the field blew out at the end of what had been a closely contested session when Tander clocked a 1:10.6635s with the chequered flag out in Shane van Gisbergen’s #97 Red Bull HRT ZB Commodore.

The lap left Moffat 0.3145s off the pace in Chaz Mostert’s #55 Supercheap Auto Mustang, while the Shell V-Power Mustangs driven by Alexandre Premat and Tony D’Alberto were third and fourth respectively, the latter at just over half a second behind Tander.

D’Alberto quickly moved into first position during the first runs, initially with a 1:11.6238s on his second flyer then a 1:11.5755s on his next lap in Fabian Coulthard’s #12 Mustang.

He chipped 0.0085s off that time early in his second run, before Tander reclaimed the ascendancy when he set a 1:11.3296s and 1:11.0619s on consecutive laps as 30-minute session moved beyond the halfway mark.

The winner of the first race of the Gold Coast 600 format went better again with a 1:10.9862s on his fourth run, only for Moffat to take the lead off him by 0.0081s in the latter two minutes.

Tander then put a relatively large margin between himself and the rest of the 25-car field with a time that would have put him second in Practice 1.

Moffat was ultimately second with 0.1609s over Premat (#17 Mustang), and D’Alberto within a tenth of Scott McLaughlin’s co-driver thanks to a late improvement.

“It was just good to get that one out of the way,” said Moffat.

“The car’s nice and straight. It seems pretty fast as well. It’s always good fun around here. Brings a smile to your face when you get back out there.

“Naturally, with a street circuit, every time you go out and lay more rubber, the grip picks up. It was considerably different, or noticeable then.

“By this time tomorrow when we’re on the grid getting ready for the race the track will be in good nick.

“Give it back to Chazzie now for Practice 3 and see what he can do.”

While the session ran uninterrupted, Tim Slade’s co-driver Ash Walsh (#14 Freightliner ZB Commodore) missed the bulk of it when he spun and nosed into the wall after getting a touch from Warren Luff (#2 Mobil 1 ZB Commodore) on exit of Turn 13.