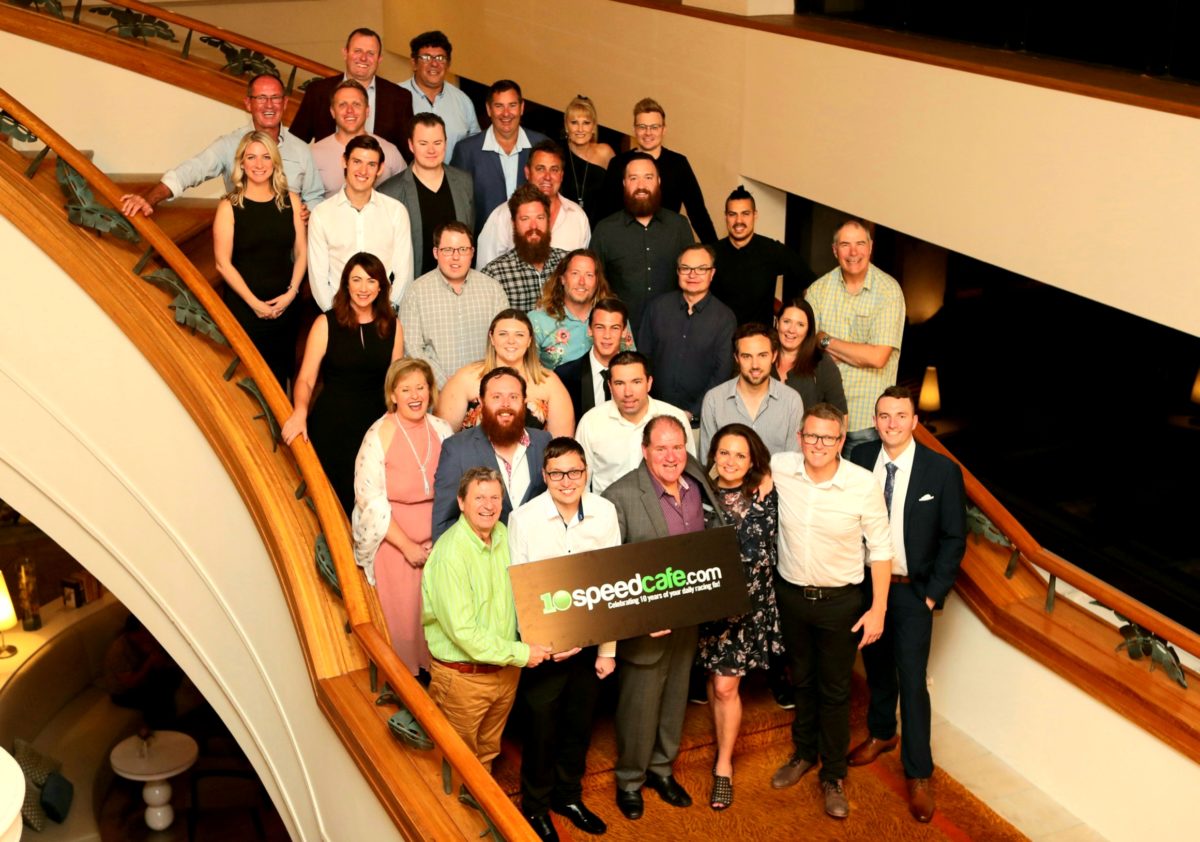 Speedcafe.com’s past and present staff

Speedcafe.com has kicked off its 10th anniversary weekend with a private dinner for all staff and contributors at the Surfers Paradise Marriott tonight.

Launched on October 22, 2009, Speedcafe.com has evolved into the world’s leading independent motorsport website in the hands of Gold Coast entrepreneur Brett “Crusher” Murray.

After notching 881 page views on that first day, Speedcafe.com is on target to hit a massive 42 million page views for this calendar year with a current daily average for the year of more than 129,000.

In the first 10 years Speedcafe.com has produced more than 36,700 stories.

In fact, the site hit its total 2018 numbers at 9am last Sunday and currently sits at a remarkable year-to-date increase of 27.5%.

It involved no less than 207 questions and took almost an hour to complete, but still attracted more than 10,000 participants.

Murray obviously had a vision for the site, which was designed to ensure its longevity and make it a serious ‘player’ as soon as possible.

“I wanted to take the old-school journalistic ethics that I had grown up with in the newspaper game and apply it to a modern medium,” said Murray, who started as a cadet sports journalist at the Wagga Daily Advertiser as a raw 16 year-old.

“No speculation, rumour or comment, just black and white facts from both sides and that approach has been embraced by the fans, who are the most passionate in sports.

“The directive to my team has always been the same – we want to be first, but we don’t want to be wrong and with 10 years under our belt it is safe to say we are doing something right.”

While thousands have tried their hand in the digital space, Speedcafe.com is one of the few sites that has managed to maintain a news-outlet site and keep it totally free for its readers.

“We have had some terrific support from several loyal corporate partners over the years and now they are being rewarded with our numbers, but we are far from finished,” added Murray.

“It is not a cheap exercise and the catch is that the more successful you are, the more it costs.

“You are also continually re-investing in the latest technology and tools so the team can do the best job possible.

“The key to our success has been investing in good people both in journalistic and management roles.

“One of the most satisfying results of the business has been the opportunity to give young talent a start and watch them evolve into respected members of the motorsport community.

“My General Manager, Justin Murray, who is no relation, but has a great last name, joined our team as a kid from Hervey Bay and has become a star.”

The celebrations will continue on Sunday night when Speedcafe.com hosts its annual Greenroom After Party at Melba’s On the Park in Surfers Paradise from 8pm.