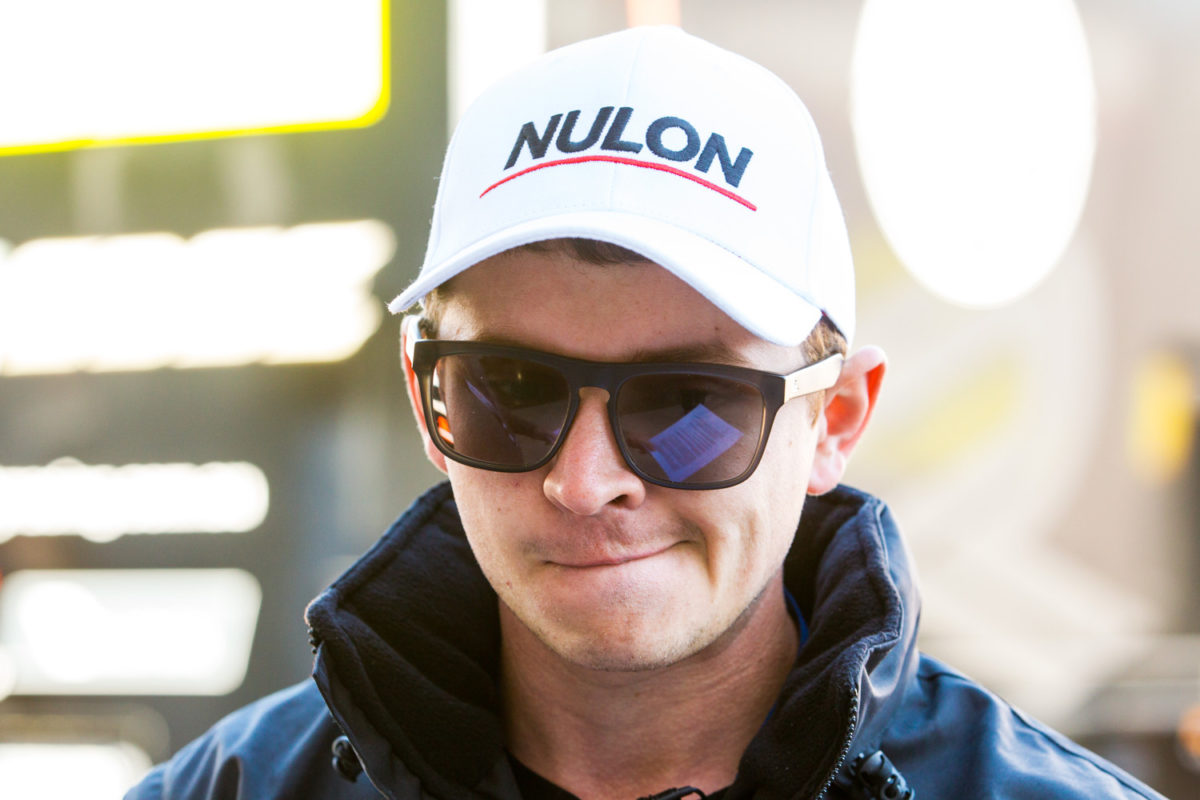 Todd Hazelwood admits uncertainty surrounding his Supercars future is nerve-wracking but remains optimistic he will be on the grid next year.

The Matt Stone Racing driver is among a group of out of contract drivers on the grid searching for a drive next year.

MSR has already stated it has secured a driver for one of its expanded two car operation for 2020, which is understood to be a replacement for Hazelwood.

The squad has indicated it is looking to secure an experienced driver while Brad Jones Racing’s Tim Slade has been linked to the team.

Meanwhile, Hazelwood remains firmly in the silly season mix with seats currently to be filled up and down pit lane.

Team 18 will expand to two cars but is yet to name its second driver, with Scott Pye linked to that seat, while BJR is understood to be moving to a four car model which could free up a seat.

The new Sydney based team is yet to name its second driver with Will Brown believed to be in the mix.

Walkinshaw Andretti United is another team yet to reveal its two car line-up that is expected to be spearheaded by Chaz Mostert. Hazelwood has already been linked to the Holden team earlier this year.

While unsure where he is headed for 2020, the 24-year-old is optimistic there are still options for him to continue his Supercars career.

“Look, still working on 2020, and what that looks like for me personally,” Hazelwood told Speedcafe.com.

“Obviously there’s a hell of a lot of movement up and down pit lane and a lot of rumours, but I’m just trying to still focus on doing the job on track, to ensure that I can have a seat for 2020.

“It’s challenging, it’s nerve-wracking, it’s all of the above, really.

“Obviously, It’s my first time I’ve been involved in, I suppose, a trading period you could call it.

“I’ve learnt a lot about the system and obviously talking to other teams for the first time is something new for me. Obviously being part of the Stone family for a long time now, and outside of my brief stint with BJR in a co-driver role, it’s been the only time I’ve ventured elsewhere.

“Look, it’s great to have a lot of positive energy up and down pit lane about what I’m doing next year, but at the same time, I’ve got to be focused in ensuring that it all comes together, and hopefully next year’s a good year.

“There’s options. I’m trying to get it to come together, it’s obviously a competitive market out there.

“You never know when you’re safe, so, you’ve just got to do as much as you can, and hopefully that’s good enough.”

With his future up in the air, Hazelwood says the uncertainty is not changing his mindset heading into this weekend’s Vodafone Gold Coast 600.

The South Australian has been passed fit this week to compete on the Gold Coast streets after suffering a neck muscle tear in a crash that ended his Supercheap Auto Bathurst 1000 two weeks ago.

“When it comes race day, to be honest, I don’t really approach it any different than how I normally would,” Hazelwood added.

“I think if you start trying too hard, that’s when the mistakes start unfolding, and you certainly don’t achieve what you want to achieve.

“For me when it comes to race day, you put the politics and all the other madness aside, and you focus on the job, because at the end of the day, my job is to do the best job I can at Matt Stone Racing in 2019.