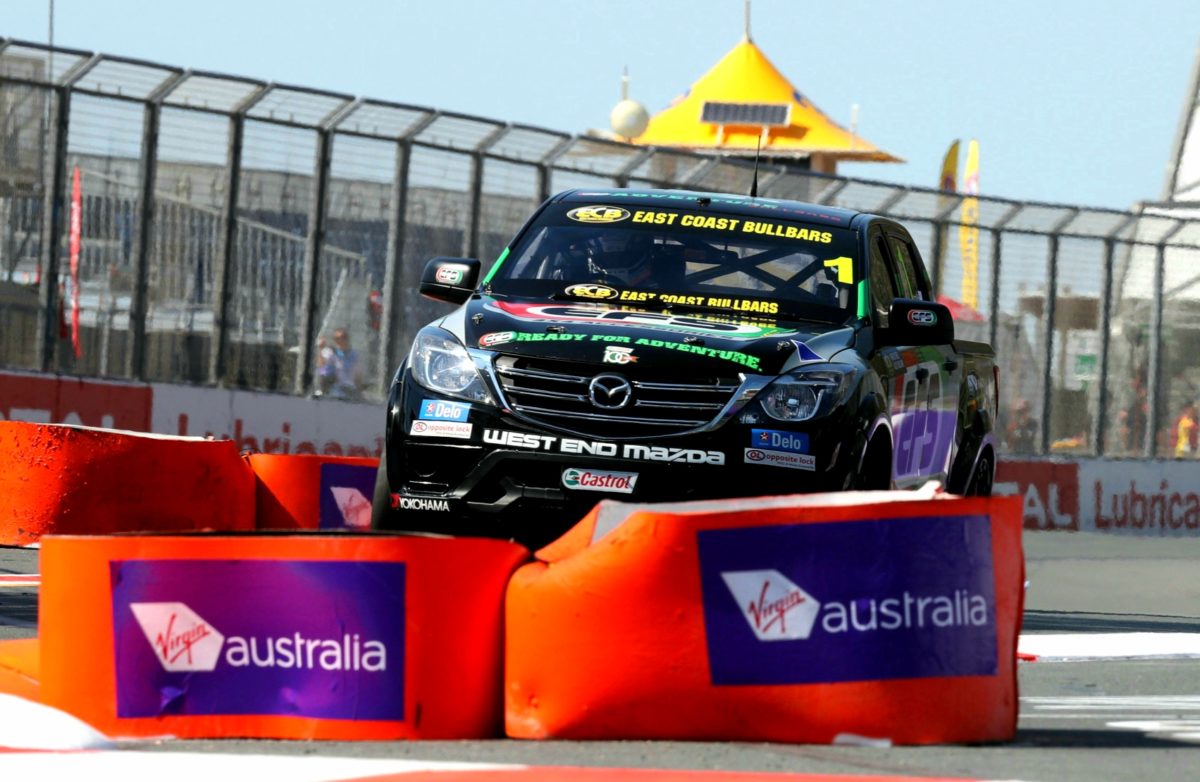 Ryal Harris has set the fastest lap in Practice 1 for Round 7 of the ECB SuperUtes Series on the Gold Coast.

Harris held sway for the entirety of the 20-minute session, having improved on each of his first five flying laps in the #1 Peters Motorsport Mazda BT-50.

The 2018 series winner got down to a 1:31.4584s, almost two seconds below the practice/qualifying lap record.

Cameron Crick similarly held second position throughout in the #7 Sieders Racing Team Mitsubishi Triton but pressed on after Harris had pitted and closed the gap from as much as 1.1s to 0.1458s by the end of the session.

Series leader Tom Alexander, who twice ran up the Turn 11 escape road, pinched third position with the chequered flag out with a 1:31.6397s in the #22 Ross Stone Racing Isuzu D-Max.

Toby Price completed only two laps in his first session back in SuperUtes, leaving the #87 SRT Triton at the bottom of the timesheets of the 10 cars which took to the track.