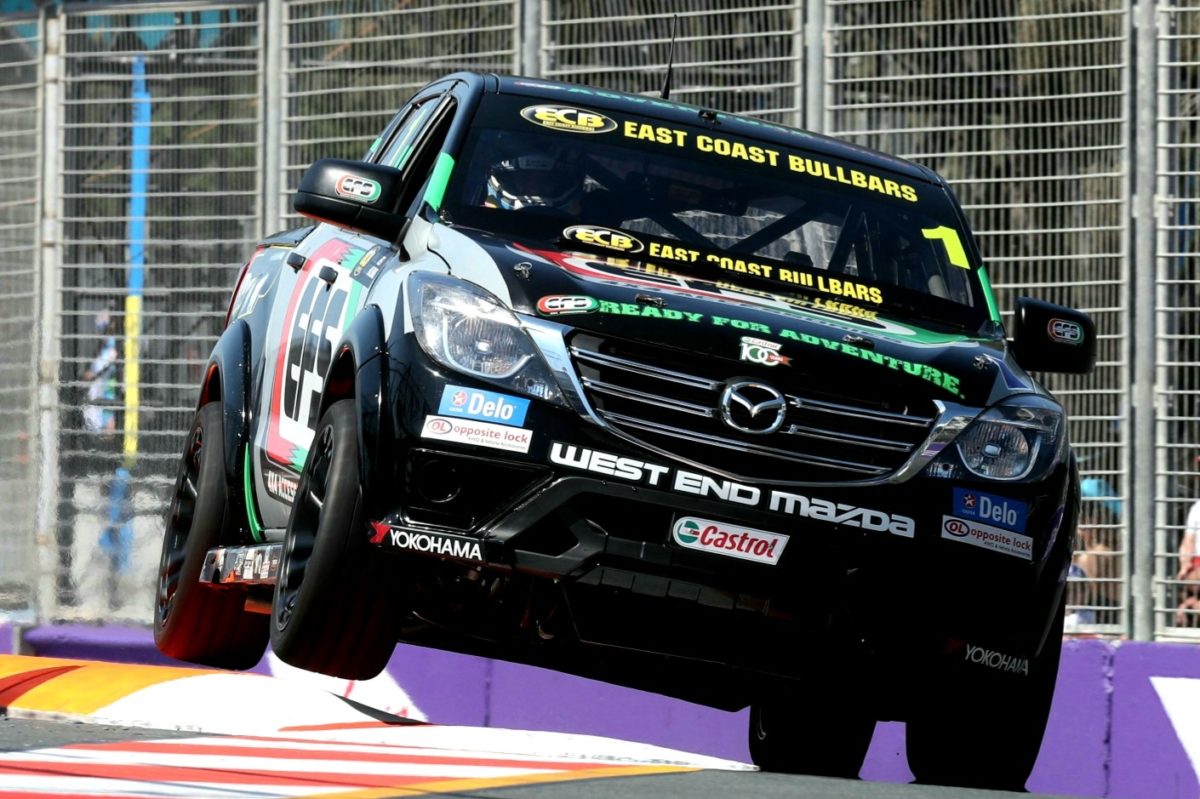 Ryal Harris completed only two laps but still set the pace by more than half a second in ECB SuperUtes Series Practice 2 on the Gold Coast.

The Practice 1 fast man pitted on his following lap, at which time his advantage was over 2.5s, and did not venture onto the race track again.

Tom Alexander and Cameron Crick pressed on throughout the 20-minute session, exchanging second position amongst themselves until the former ultimately got down to a 1:31.3433s in the #22 Ross Stone Racing Isuzu D-Max.

Crick ended up another nearly six tenths off the pace in third in the #7 Sieders Racing Team Mitsubishi Triton, while Craig Woods was fourth in the #64 Western Sydney Motorsport Toyota Hilux.

He was followed on the timesheet by Ben Walsh, who lost the rear of his #8 WSM Hilux at the first chicane in the latter minutes of the session and grazed the side of Christopher Formosa’s #49 Allgate Ford Ranger.

Armor All Qualifying for Round 7 takes place tomorrow from 0905 local time/1005 AEDT.