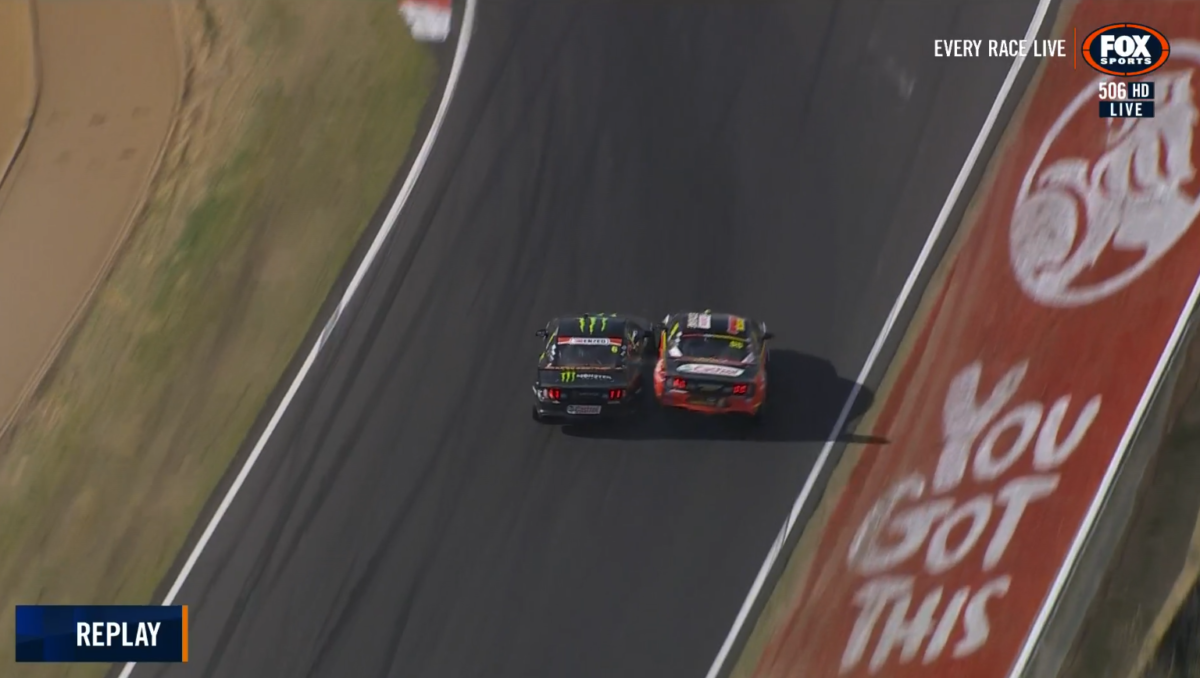 Cameron Waters has revealed Tickford Racing held a team barbecue to lift the squad’s spirits after a Supercheap Auto Bathurst 1000 headlined by an intra-team tangle.

Hopes of a likely podium finish at the Great Race were severely dented when Waters and Chaz Mostert came to blows on the run to The Chase at Mount Panorama two weeks ago.

Mostert locked up while following Waters, unsettling the car as he attempted to make a pass around the outside of the #6 Monster Energy Mustang, with the pair fighting over third at the time.

The cars then made side-to-side contact, resulting in both Mustangs spinning into the gravel trap and causing a Safety Car.

Mostert apologised to Waters and the team before promptly leaving the circuit.

It has now come to light that the Ford squad hosted a team barbecue to help repair the damage to morale ahead of this weekend’s Vodafone Gold Coast 600.

“The good thing about such a quick turnaround after Bathurst is we don’t have time to worry about what happened at Bathurst, so we’ve all pretty much refocused straight to Goldy,” said Waters.

“We had a positive debrief last week, and cooked up a barbecue for the team to try and help lift the spirits a bit.

“I really like the Gold Coast track, it’s pretty tight and physical and always a challenge, and we’ve been pretty strong there the past couple years.

“We’ll try and keep that up this weekend, and it’d be great to get back on the podium.”

Following the incident Tickford boss Tim Edwards has stated that his drivers remain free to race each other, but is confident the matter has been dealt with prior to this weekend’s second part of the Pirtek Enduro Cup.

“It’s been a fast but productive week and a half between races,” said Edwards.

“We had a pretty productive debrief, there was plenty to cover, but we learned what we needed and have moved on to the next round.

“Gold Coast has been a happy hunting ground the last two years, and Chaz and Moff were certainly the dominant car there last year, so we’re fully focused on putting together a strong weekend there.

“After the disappointment from Bathurst, the best way to reward the team for their hard work would be to bring home some more surfboards, and that’s certainly the aim this week.”