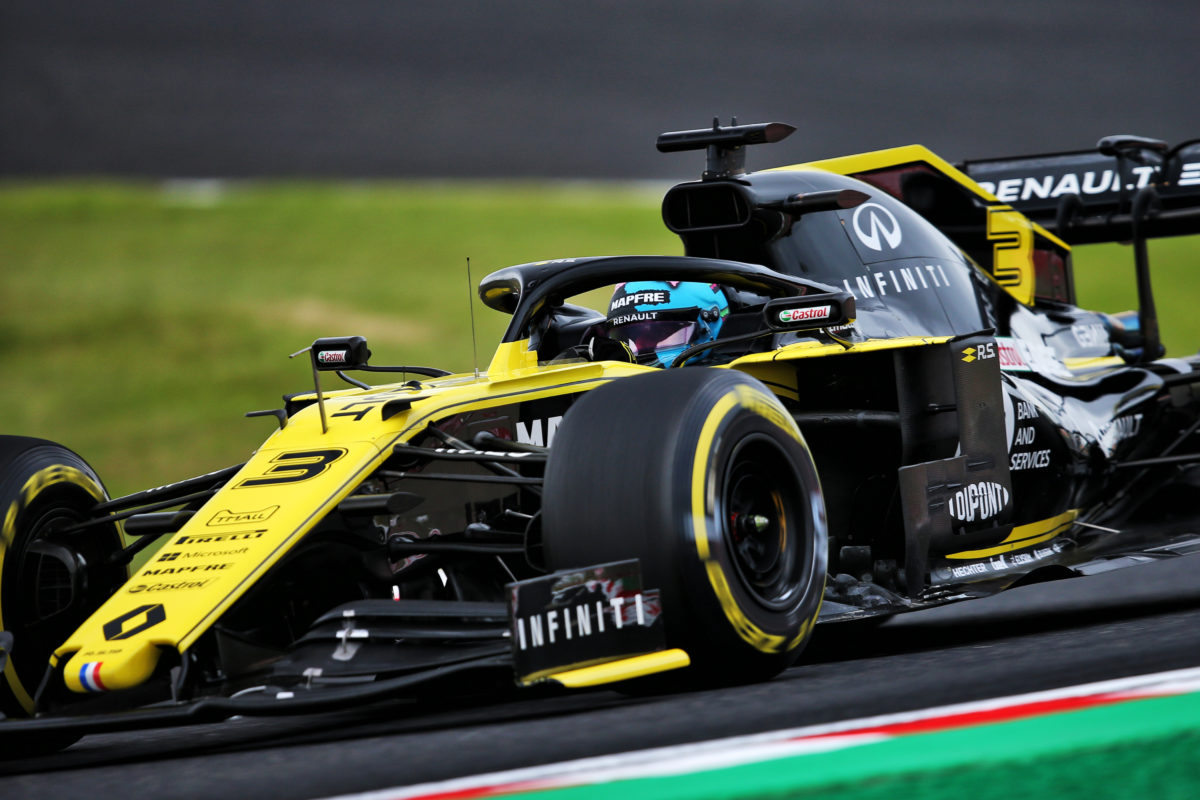 Renault F1 Team drivers Daniel Ricciardo and Nico Hulkenberg have been disqualified from the Japanese Grand Prix due to their brake bias adjustment system.

While stewards found that the system did not breach Formula 1 technical regulations, it did constitute a driver aid and was therefore in contravention of the sporting regulations.

Ricciardo had been classified sixth and Hulkenberg 10th prior to the disqualification, which was Renault’s fourth double points finish of the season.

However, Renault’s steering wheels and ECUs were impounded after Racing Point lodged a protest, claiming that the Anglo-French team had been using a “pre-set lap distance dependent brake bias adjustment system”.

Stewards determined that Renault’s rear brake controller software was not in fact the pre-set lap distance-dependent system as alleged.

However, they also found that the system “acts as a driver aid, by saving the driver form having to make a number of adjustments during a lap”.

As such, it is a breach of Article 27.1 of the sporting regulations, which states, “The driver must drive the car alone and unaided.”

The exact details of the system have been kept confidential, but Racing Point had claimed that “The system is a breach of Articles 11.1.3, 11.1.4 and 8.6.3 of the FIA Formula One Technical Regulations (prohibition of powered devices altering the brake balance; brake system changes to be made solely by driver physical input; driving controls only affected by driver actions).”

That team further contended that the brake balance display on the Renault steering wheels could be seen from onboard footage to have changed without driver input.

Renault had denied that it used a lap distance dependent brake bias adjustment system and did provide documentation about what system it was using, which was not disclosed to Racing Point.

It also claimed in its defence that the allegations arose due to a former Renault employee who was “not aware of all of the pertinent details of Renault’s brake system”.

Renault has until 1000 local time on October 24 in Mexico City, the venue for this weekend’s grand prix, to notify intent to appeal.