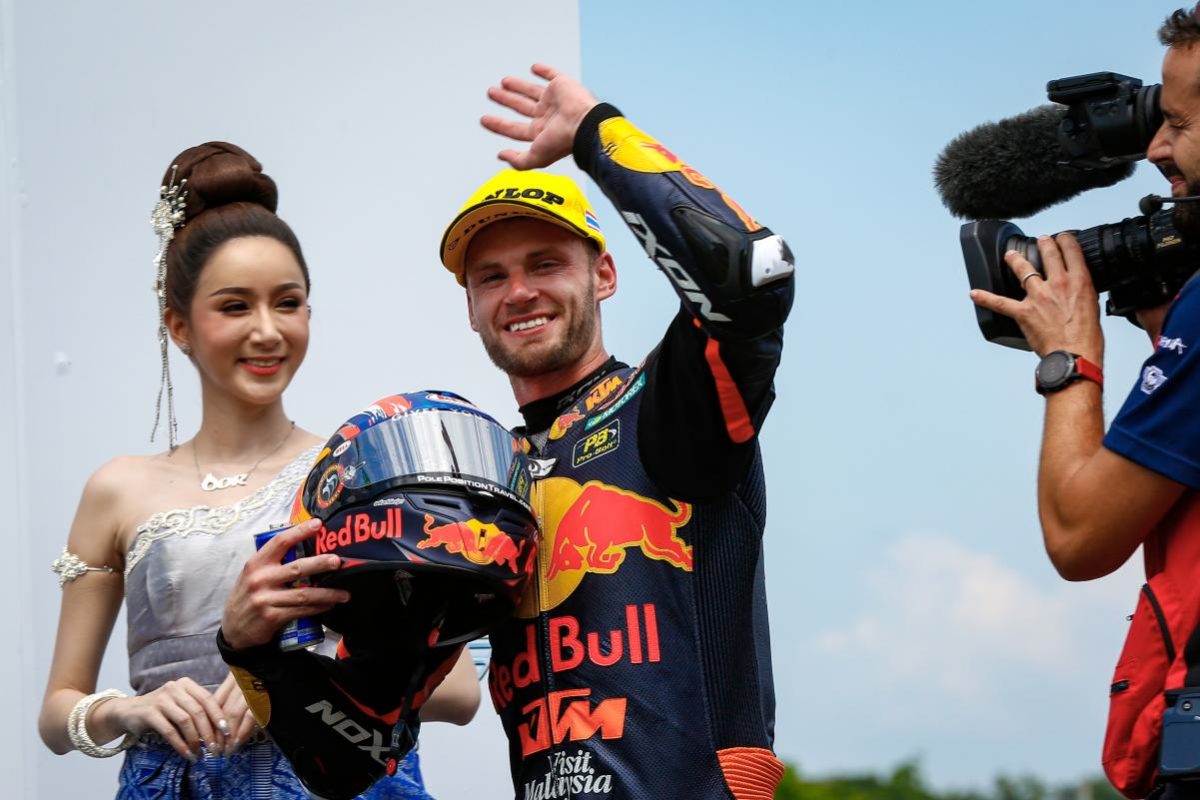 KTM has finalised its 2020 MotoGP line-up with Brad Binder involved in another shuffle in the Austrian marque’s ranks.

Although the South African had already been announced as making the step up to the premier class next year, that was with the satellite Tech3 team.

It has now been confirmed that Binder will ride for Red Bull KTM Factory Racing in place of Johann Zarco, who was granted an early release from his two-year contract in August.

Spaniard Iker Lecuona, also currently competing in Moto2, on an American Racing KTM, has therefore also been called up to MotoGP to fill the vacancy created at Tech3.

“It was clear that our plans for 2020 needed to change following our mid-season announcement (of Zarco’s departure),” said KTM motorsport director Pit Beirer.

“After some thought and talks, we decided to move in this direction and let the young, hungry guys with good experience in the other categories of MotoGP show us what they can do.”

Binder sits fifth in the Moto2 standings with two race wins to his name this season.

Lecuona has one podium to his name so far this season but is seen as a rider with great promise, and indeed is the highest KTM rider in the standings after Binder.

“My feeling is that this is the strongest 2020 KTM line-up we could have hoped for,” said Hervé Poncharal, Red Bull KTM Tech3 Team Principal.

“We want to have four riders with talent, passion, will and that they will stick to the project.

“Personally, I am happy to work with a young and talented rookie like Iker. This is the way to go for the future and we have seen that the same approach has brought some success to other teams.”

Binder will ride alongside Pol Espargaro at the factory team, and Lecuona as team-mate to 2019 rookie Miguel Oliveira at Tech3.