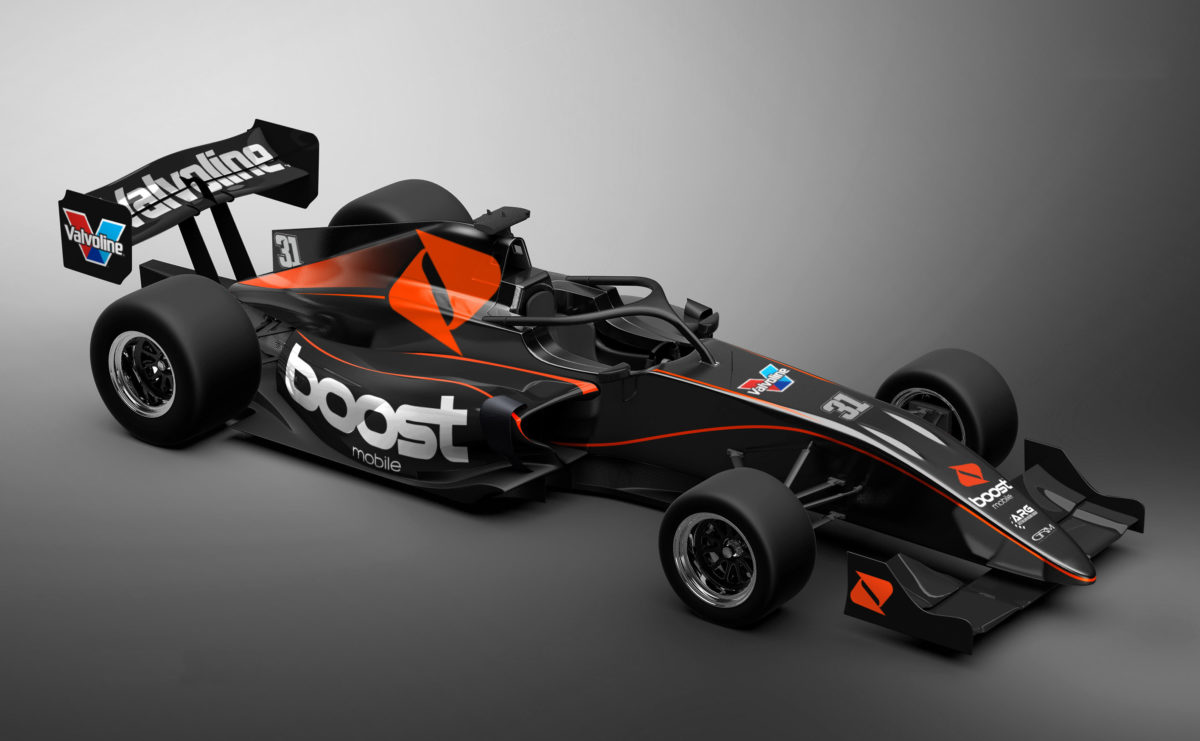 Golding confirmed his burgeoning talent with an impressive showing at the inaugural S5000 round at Sandown, where he was classified as the winner of the maiden feature race for the single seater class.

Now the 23-year-old will have a second chance to shine with a run out in a chassis backed by Boost Mobile and Valvoline at The Bend Motorsport Park from November 15-17.

The S5000 tie up between GRM and Boost Mobile arrives just days after the former confirmed it will exit Supercars at the end of the season, with one of its Racing Entitlement Contracts purchased by Matt Stone Racing.

Boost Mobile had delivered an ultimatum saying it would withdraw its title sponsorship for GRM’s Supercars effort if the category refused to introduce a control front upright for 2020.

As a result, GRM will end its 24-year run in Supercars and will now focus its attention on projects in S5000, of which it is a technical partner, and TCR Australia.

“It’s awesome to get another opportunity to drive the S5000 for a second time at The Bend,’ said Golding, who has indicated that he could race in the category next year should he fail to land another Supercars drive.

“Sandown was such a great experience and the cars were awesome to drive, so I reckon they are going to be pretty spectacular around The Bend. I have no doubt that we are going to see a new lap record set.

“To have Boost and Valvoline on board makes it extra exciting too. They have been a great supporter of mine and GRM’s this year and it will good to represent them in S5000.

“The news that GRM is leaving Supercars is a bit sad, but on the other hand, the team has some really positive stuff coming now and this is the first of many.”

GRM boss Garry Rogers is pleased to offer a young gun another opportunity in S5000.

James did a fantastic job in the opening S5000 round so it made sense for us to enter him in the second S5000 event,” said Garry Rogers.

“I think James even surprised himself with how competitive he was at Sandown. He had never raced a wings and slicks car, so to be able to go head to head with guys like John Martin and Tim Macrow was an excellent result.

“I’m looking forward to seeing the S5000s on The Bend track. This is a circuit that will suit these cars perfectly. They will be fast, but they will also produce good racing and that’s exactly what the fans want to see at the track and on TV.”

Meanwhile, Rogers has moved to thank fans for the messages of support following the confirmation of its Supercars exit.

“The messages of support that our team has received since last week’s news has been fantastic and overwhelming,” Rogers added.

“All of our fans have said that they’ll continue to support our team, no matter what we do, and let me tell you, we have plenty going on.”

Golding is the first driver confirmed for the second S5000 round at The Bend with further driver announcements to come.