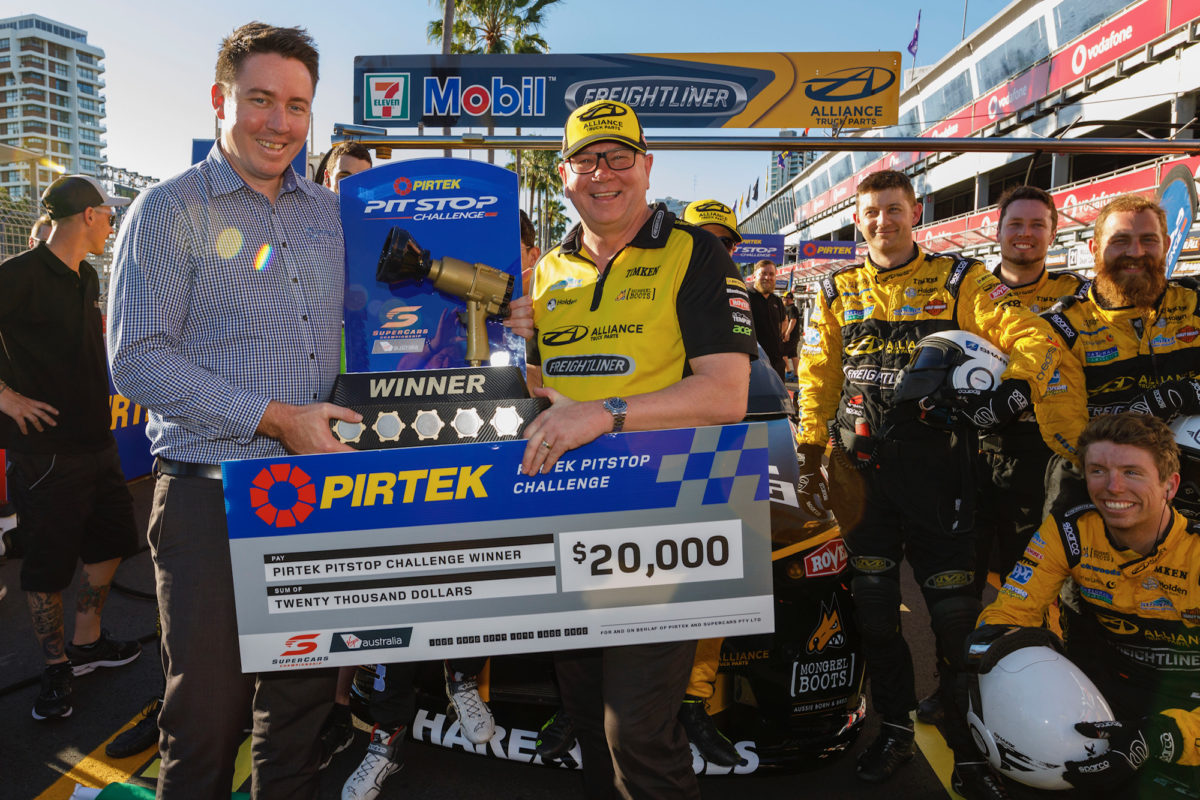 Brad Jones Racing has claimed victory in the Pirtek Pit Stop Challenge after both Tim Slade and Nick Percat’s cars progressed to the Gold Coast final.

Slade’s crew dispatched with the Red Bull Holden Racing Team in the first semi-final, before Percat’s car crossed the line in the second semi-final ahead of the Supercheap Auto Tickford squad to make an all-BJR final.

The result confirmed BJR as victors of the 2019 Pirtek Pit Stop Challenge with team boss Brad Jones awarded the Golden Rattle Gun and $20,000 in prize money.

“I can’t believe it. I’m going to share it with everyone, we’re going to have a great Christmas party,” said Jones following his team’s victory in the second semi-final.

“The guys, they do an amazing job,” he added when presented with the Golden Rattle Gun.

“We’ve got a car, we practice all the time. They’re just very through.

“We’ve had instances like everyone this year where there’s race meetings where we haven’t got the result, but at the end of the day to have two cars in the top four has been amazing.”

BJR’s success followed on from last year’s near dead-heat when the squad went head-to-head with DJR Team Penske in the Pirtek Pit Stop Challenge final.

In that instance the victory was awarded to the Shell backed squad, only for Roger Penske to offer to split the prize pot.

There was no need this year, with BJR dominating the competing such that the final became a dead rubber.

It saw pit reporters Mark Larkham and Greg Murphy drafted in to take part in the intra-team battle, Percat waving the two crews away.

With the ex-drivers behind the wheels, with Murphy victorious aboard Percat’s #8 Alliance entry.