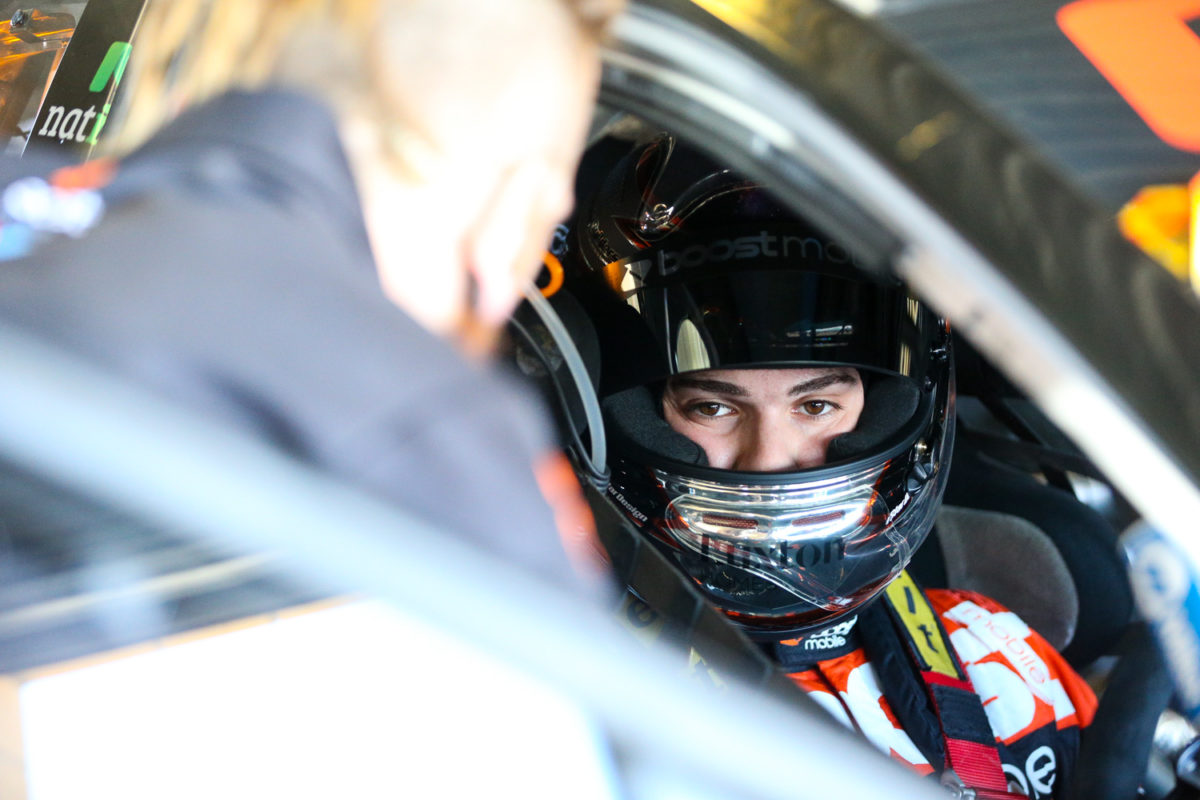 James Golding still has his eyes on a career in Supercars despite Garry Rogers Motorsport’s impending departure from the championship.

The plucky team confirmed on last Friday’s Racing Entitlements Contract deadline day that it would not compete next year due to a shortfall in funding related to the broader technical demands of current major sponsor, Boost Mobile.

Golding has only ever driven with GRM in both the Virgin Australia Supercars Championship and Dunlop Super2 Series and concedes that the squad’s withdrawal threatens his place on the grid, at least as a full-time competitor, in the short term.

GRM is the technical partner for the fledgling S5000 series, in which Golding impressed after a late call-up for its inaugural round last month, and presently runs three cars in TCR Australia.

Golding would entertain offers of drives in either of those series, where GRM will continue on, but remains focused on establishing himself in Supercars.

“Yeah, that’s right,” he told Speedcafe.com when asked if he would be interested in driving in S5000 or TCR with GRM.

“Obviously I want to try and put my best foot forward I can at this point, and I’m still working towards the goal of winning at the top level in Australia, which is still Supercars, so that’s still what I’ll be working towards ultimately.

“Whether it’s taking a step back from full-time now or staying in (by) getting a drive with another team is yet to be confirmed, but I’m still going to be working towards that at this point, so everything’s sort of being considered at this point.

“I’m not really anywhere near close to knowing exactly which path I’m going to take.”

GRM is believed to have in fact retained one of its RECs and leased that to Matt Stone Racing, which would expand to a two-car operation next year, while the new Sydney team would need to buy a REC off the shelf in order for it to also enter two cars.

Should those developments come to pass, the net effect would at worst be net neutral in terms of the size of the grid at 24 full-time entries, although featuring some other shuffles.

While Kelly Racing is scaling back to two cars in conjunction with a switch to Ford Mustangs, Team 18 will also go from one car to two, and Brad Jones Racing is predicted to be running four cars instead of three.

“Obviously there’s a lot of movement that’s going to happen over the next few months, so I guess that’s a positive thing to look up to,” observed Golding.

“It’s not like everyone’s locked down and I’m out of options, so we’ll see what we can get our hands on and try and make the best decision to lock me in for a longer career in the highest level of Australian motorsport, which is still Supercars Championship.”

In any event, Golding is adamant that he will “definitely be racing something in some sort of series” next year, and confirmed that he retains backing from Boost Mobile.

There will nevertheless be change for yet another driver who had followed the GRM path of also working for the team as a mechanic and even a tyre changer for its Championship cars.

“I obviously got the opportunity to start off there as a mechanic, doing my apprenticeship for Garry, and obviously can’t thank him enough for giving me that opportunity, especially to get my foot in the door as a driver as well,” said Golding, who debuted as a GRM driver at the age of 19.

“I was doing Formula Ford at the time so it was a huge opportunity and obviously it’s taken off dramatically from there, through Super2 and now in the main series, so it’s been a great thing for me.

“The team’s always been a great team to work with and awesome vibe and really a big family there.

“Really, up and down pit lane, if you ask anyone, they’ll say the same thing, so it’s a bit disappointing to see it end but people and business is there to move on at different points, and this is one of them, unfortunately.”

Team director Barry Rogers has said that GRM could return to Supercars in a more sustainable climate, but for the time being its third last Supercars event is the Vodafone Gold Coast 600, which starts this Friday.