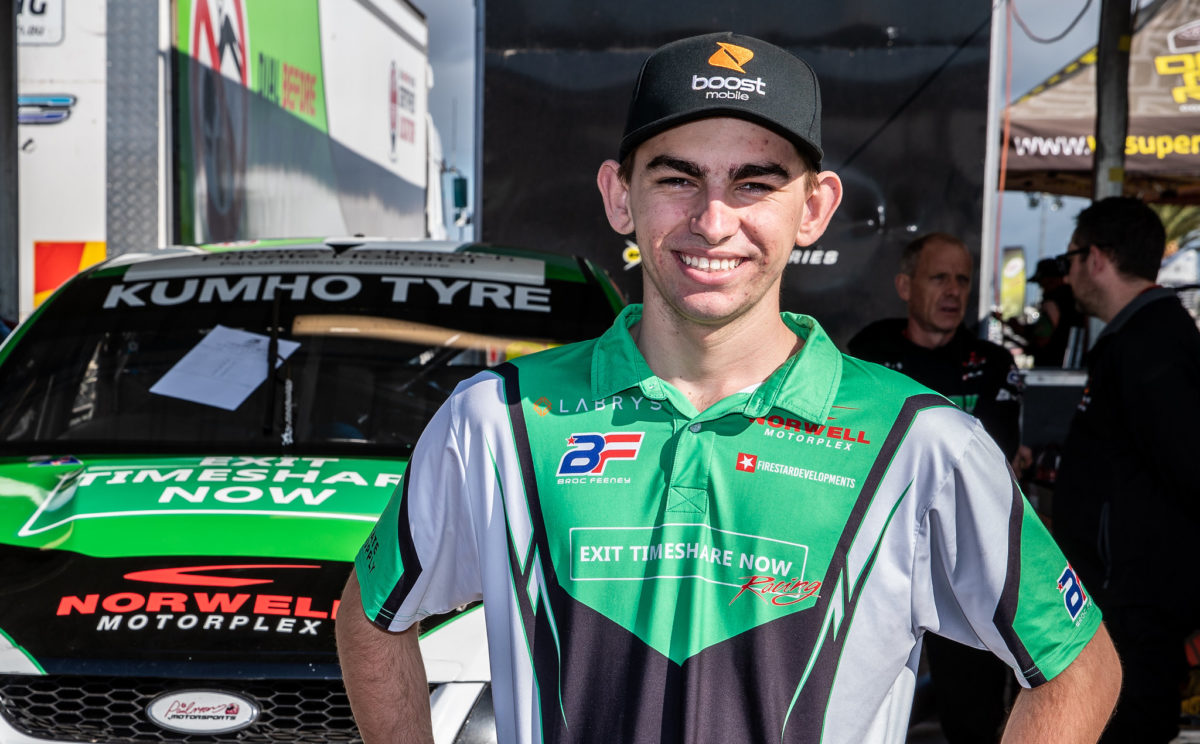 Broc Feeney is set to drive a MARC Car in the Australian GT Championship as part of this weekend’s Vodafone Gold Coast 600.

The 17-year-old, who claimed the Kumho Tyre Super3 Series title this year, will steer one of the first generation MARC Cars in the weekend’s two 60-minute races.

Feeney competed in an Aussie Racing Car at the Gold Coast event last year, but was a retirement from the second race after losing control at the beach-side chicane.

That incident proved enough to keep him out for the balance of the weekend, with the local looking to make amends this time around.

“Last year was quite a disappointment – I expected a lot as it was my first race at home and we had a lot of support right around the circuit,” said Feeney.

“It’s been a year, but it is something that has bugged me, so I’m looking for a strong result in the MARC car this weekend.

“To take on the circuit and have those two longer races is a great opportunity to get a real feel for it, particularly in a V8 powered car.

“I’ll certainly be pushing for the class win – which would be a great story with MARC Cars being built on the Gold Coast too.

“They aren’t in the outright category, but we can go for our own win and hopefully pick off some of the open category cars too.”

Over the Supercheap Auto Bathurst 1000 weekend Australian GT released both its sprint and endurance calendars for next year.

While the Australian Endurance Championship schedule has come in for criticism owing to the inclusion of the Bathurst 12 Hour, the Supercars-focused sprint calendar has been met with widespread support.

Australian GT is yet to release its entry list for the weekend, though it is expected to see the return of Tony Quinn in his Aston Martin Vantage V12.