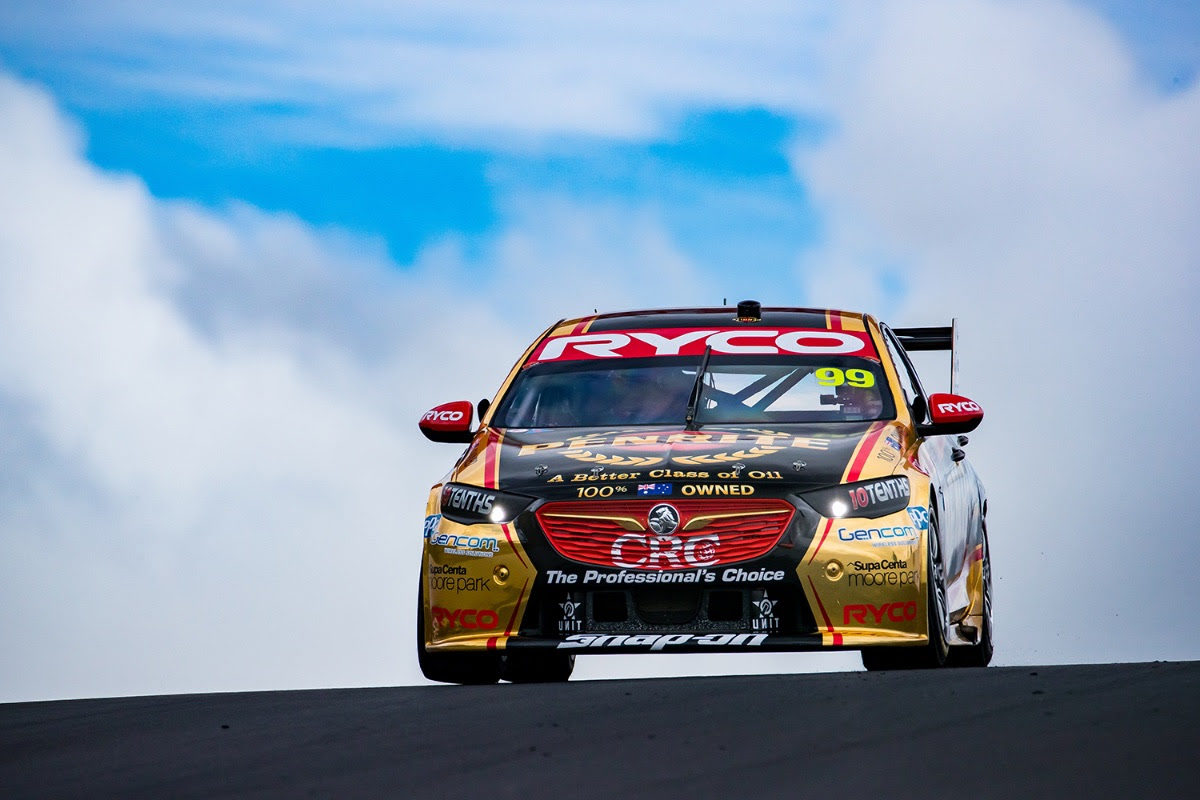 Anton De Pasquale will enjoy a brand-new car for the first time at this weekend’s Vodafone Gold Coast 600 after a heavy impact in his previous ride at Bathurst.

The Penrite Racing driver clouted the wall on the climb towards Reid Park when his throttle jammed on Lap 127 of the Supercheap Auto Bathurst 1000.

That car was in fact the 2017 Bathurst 1000 winner, which will be restored over time.

A new chassis known as EMH-03, which De Pasquale was to have received next year, will now be put into service for he and Will Brown from Friday in Surfers Paradise.

“The damaged car is the first built in-house by Erebus, so it will be repaired over time and revert back to the Bathurst winner,” said Erebus Motorsport CEO Barry Ryan.

“We had a spare bare chassis at the shop that was already assigned to Anton for 2020, so this was ready to replace the damaged one.

“The team has worked minimum 10.5-hour days since last Tuesday, including the weekend for some of the team.

“They have done a terrific job to get this new car ready and have it 100 percent before the truck left for Queensland yesterday.”

“A new car has slight improvements, the car is a bit lighter and it’s tidier in a few areas, so I am looking forward to hopefully rewarding the boys and girls for their efforts.

“Everyone has worked hard in all aspects, not only the car build, but to make sure we are better for the Gold Coast.

“Will and I have spent a bit more time practicing our driver changes, doing anything we can to make ourselves faster, because it can be fairly important this weekend compared to Bathurst.”

The 24-year-old says he is feeling no ill effects despite the size of the hit with a concrete wall.

“I’m feeling really good, it was a big hit, but I have pulled up alright from it,” explained De Pasquale.

“I am really excited to get to the Gold Coast now; the crew have done a ripper job to turn the car around in this short break.”

De Pasquale’s team-mate David Reynolds has also been earmarked for a new car next season, with that chassis slated for completion in coming weeks.

The team will run special Kiss liveries this weekend on the Gold Coast ahead of that band’s performance at the season-ending Coates Hire Newcastle 500.

Track activity on the Gold Coast, which hosts the second event of this year’s Pirtek Enduro Cup, starts on Friday with a trio of half-hour practice sessions.