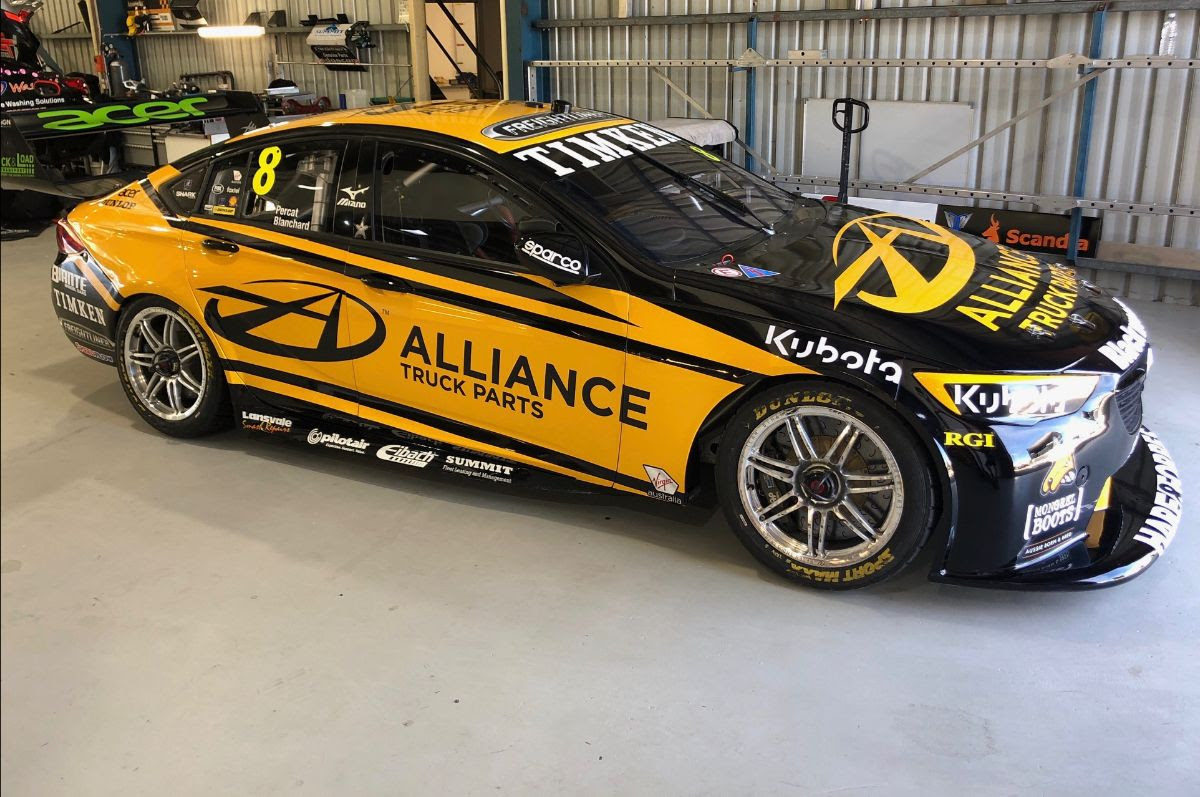 Nick Percat and Tim Blanchard will sport a matching Freightliner livery to that of Tim Slade and Ash Walsh at this weekend’s Vodafone Gold Coast 600.

The two Brad Jones Racing entries will both be decked out in the orange and black livery typically carried by Slade, with minor differences on the bonnet of each.

Percat and Blanchard fielded a retro-inspired Mobil livery at the Supercheap Auto Bathurst 1000, the opening round of the Pirtek Enduro Cup.

“The Gold Coast has been a good hunting ground for me and BJR in previous years,” said Percat.

“Last year we came away with P6 on Saturday with Macca (Macauley Jones) as my co-driver.

“Street tracks are always great fun, the podium is in our sights and I’d love to add some surfboards to my collection.

“I’ve got a fast race car, so we need to remain focused and get the most out of it.”

Percat and Blanchard combined for 14th at the Bathurst 1000, the highest placed of the three Brad Jones Racing entries.

Macauley Jones and Dean Canto finished two places further back, while Slade and Walsh were an opening lap retirement.