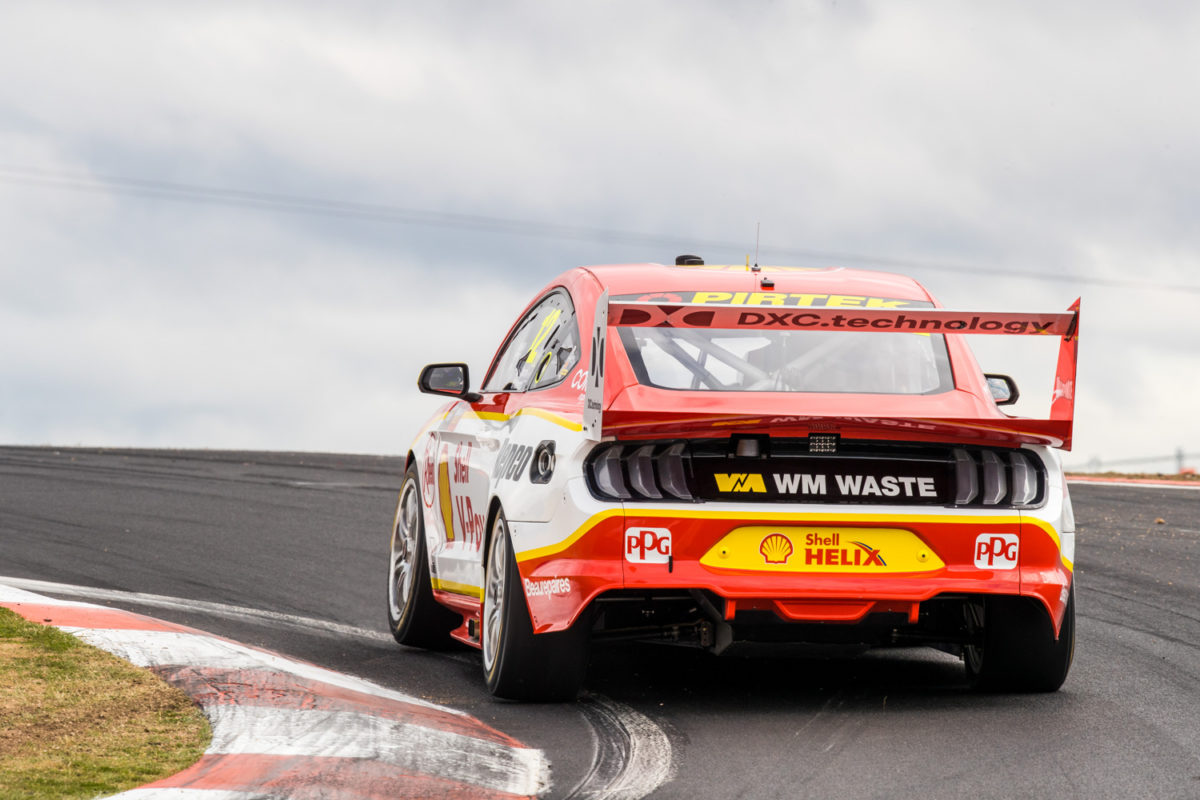 Craig Lowndes has suggested that the severity of the penalty handed down to DJR Team Penske over the weekend “speaks volumes” about the events that unfolded at the Supercheap Auto Bathurst 1000.

A hearing on Saturday determined that DJR Team Penske had breached the International Sporting Code for its actions under a late Safety Car with the Mustang driven by Fabian Coulthard.

It was the most severe penalty available in championship points terms, and the largest ever issued in Supercars in financial terms, although shy of the maximum stewards could impose of 250,000 Euros (approximately AUD 400,000).

“That the fine has been the biggest that the category has ever put on any race team, so I think that sort of speaks volumes about obviously what went on,” said Lowndes.

“Everyone wanted to see a hard and fast race towards the end and we didn’t get to see that.”

Analysis from Speedcafe.com suggest the #888 entry gained from Coulthard’s actions, as it would otherwise have lost further track position to those either on different strategies or who needed to take on less fuel at that stop.

Ultimately RBHRT elected to stop Whincup again, handing the race lead to Scott McLaughlin in the #17 DJR Team Penske entry, which he then held to the finish.

“By far what was handed out on the weekend was by far the biggest penalty we’ve seen, but it was a fairly major error at the same time as well.

“We need to protect the racing and the competition to make sure that whoever pays $100 to get in on the weekend actually sees a fair dinkum battle between everyone, so we need to make sure the teams are influencing that,” he added.

Lowndes meanwhile believes the incident will overshadow the ultimate outcome of the race, which was a maiden 1000 win for Scott McLaughlin and Alexandre Premat, and the DJR Team Penske franchise’s first Bathurst success in a generation.

“I think that people will remember Bathurst for what it was now, not for the win. I think that’s the down side of it,” he suggested.

“Bathurst is all about the Peter Brock Trophy and having a hard and fast race to the finish. Scotty, yes he had one of the fastest cars there that weekend, and he stands on the top step, but as I said in the spirit of the race it wasn’t what I wanted to see.”

The Supercars Championship moves on this weekend with the Vodafone Gold Coast 600 starting on Friday.