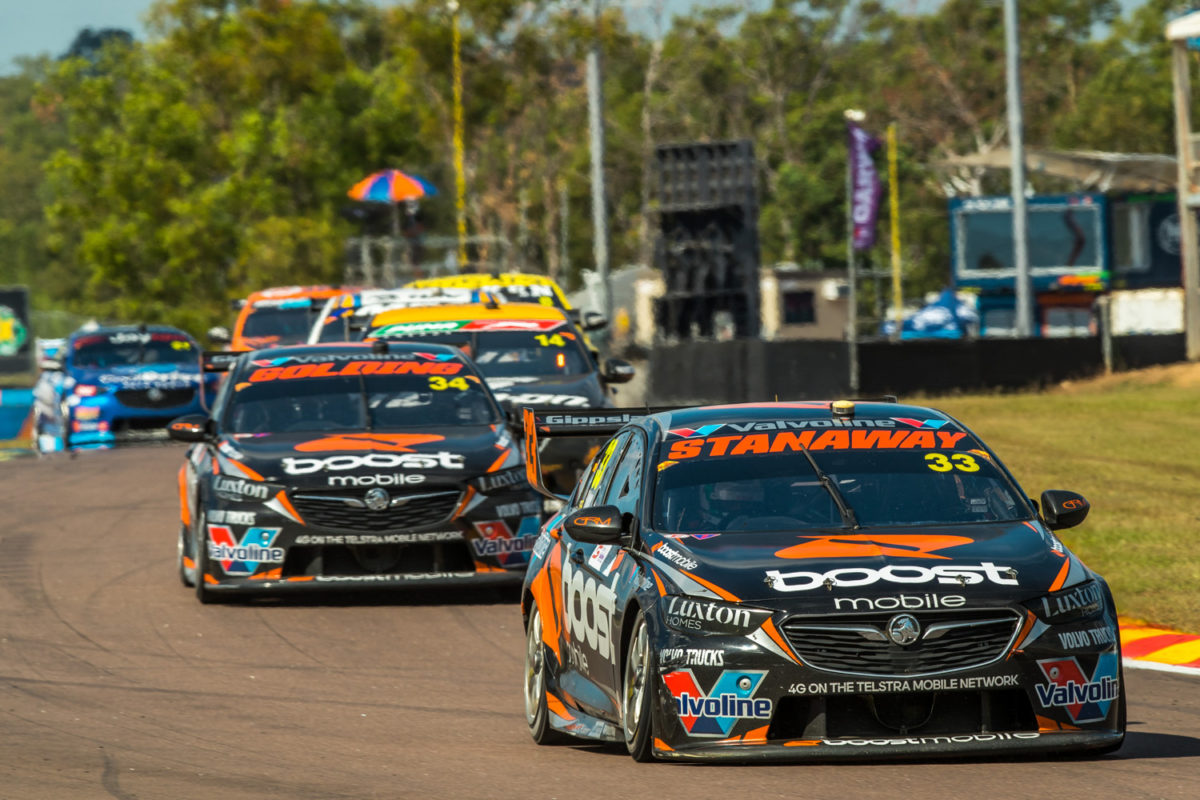 Garry Rogers Motorsport has indicated it would return to Supercars in the future should the category offer up a more sustainable model.

The Supercars stalwarts confirmed on Friday that they will not contest the 2020 Supercars Championship having proven a mainstay in the Australia’s top touring car category for the last 23 years.

Team owner Garry Rogers delivered the news in an emotional address to staff prior to Supercars’ entry deadline yesterday.

A departure appeared on the cards at the Supercheap Auto Bathurst 1000 last week when its naming rights sponsor Boost Mobile announced it would pull its funding unless Supercars introduced control uprights next year, a concept the championship has rejected for 2020.

Rogers had asked Supercars for an extension to the REC deadline to allow time to put together a possible program, although this process was declined.

Spiralling costs to compete in Supercars and a tougher commercial climate over the last five years have been cited as a reason for their exit.

It is also expected the squad will abandon its Super2 program next year.

While Supercars has moved to address its costs through a series of initiatives for next year, GRM says further moves to improve sustainability could entice the squad back in years to come.

Speedcafe.com understands one of its RECs is likely to be still in play in the series next year having been transferred to Matt Stone Racing.

“No doubt if we saw an opportunity to be back in Supercars at a level we could make work,” team director Barry Rogers told Speedcafe.com

“We love Supercars and there is no doubt it is the premier form of motorsport in our country.

“You never say never about anything. We love motor racing.

“Garry has made it clear (that) in recent times the last five years costs have not been able to be contained.

“You are in the situation in the market where there is money potentially there with sponsors but you then need to bend and flex to do things in a way that they may want.

“Traditionally Garry’s way of going about it is to get the money together, look for some young talent, put them in the car and bring them along.

“In the climate we are in it is a different situation and that frustrates him.

“We have contributed a substantial amount of money over the years in motorsport and at some point you look at and ask ‘where are we going with all this?’ and that point has come up.”

GRM has confirmed it will continue operate in motorsport through its programs in TCR Australia and S5000, which could involve one of its current Supercars drivers in James Golding.

“We are continuing on in motorsport,” added Rogers.

“We see TCR and S5000 as an affordable way and way we can get back to the days of bringing young talent through and enjoy it. That is where we are heading.

“Look, whether there is an opportunity for both or either of them (Golding and team-mate Richie Stanaway) to get a full-time drive in Supercars next year if that is what they hope for, I’m not sure what is or isn’t available there.

“If not we would like to continue with Golding in an S5000 if we could, but there is a bit to go under the bridge between now and the end of the year.

“We will see if there is an appetite there for that, with Richie I’m really not sure.”

GRM’s final Supercars event will be the Coates Hire Newcastle 500 from November 22-24.