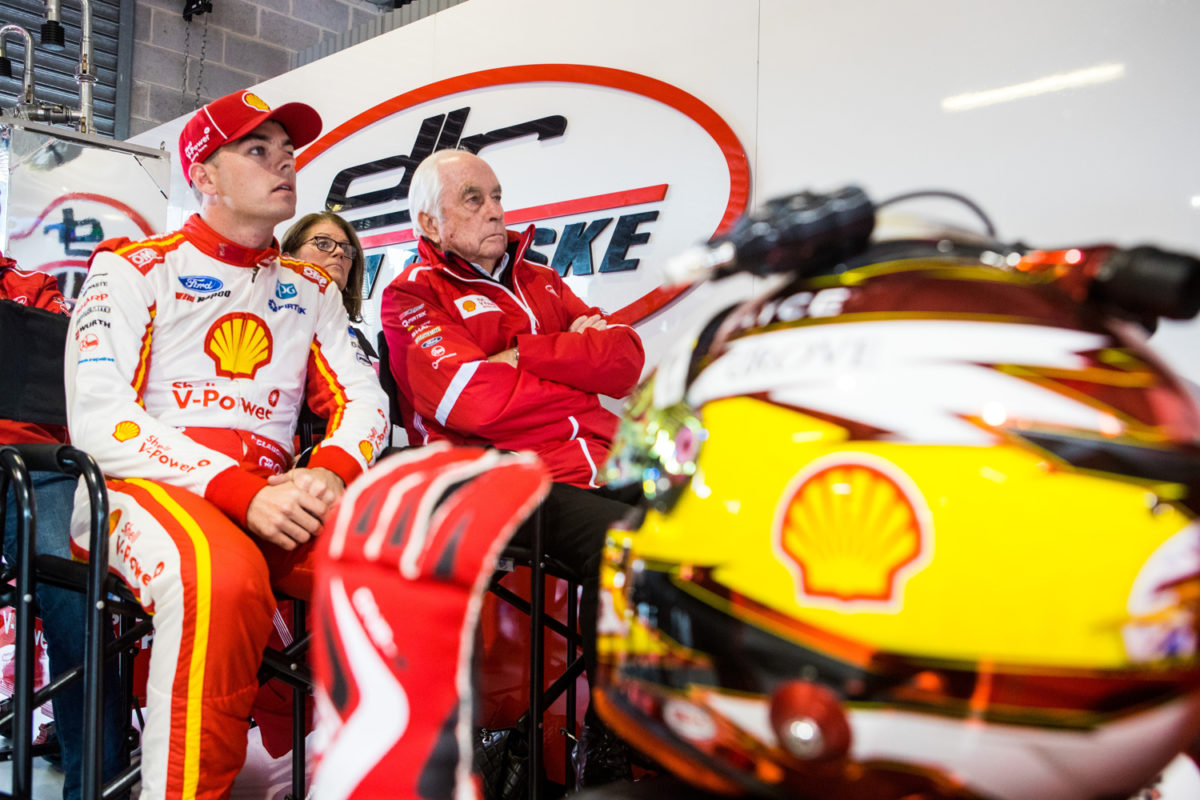 Scott McLaughlin has underscored his devotion to Roger Penske by declaring he’d race a wheelbarrow for ‘The Captain’ if asked.

McLaughlin’s comments come in the wake of a maiden Supercheap Auto Bathurst 1000, one at which Penske was present.

In the post-race press conference, Penske fronted the media and was faced with the predictable barrage of questions surrounding his young steed’s future.

“I’ll race a wheelbarrow if I need to,” McLaughlin said, tongue in cheek interjecting.

Long linked with a move stateside, a Bathurst win was widely seen as the final piece in the puzzle before such a transition could take place.

And while open to the concept of affording McLaughlin the opportunity to test himself in the US, Penske affirmed that he’d have to do it the hard way and prove himself from the ground up.

“Let’s call him a race driver,” was Penske’s response when asked what set McLaughlin aside as a possible NASCAR driver.

“He’s a guy that knows how to win.

“He knows how to go fast, and he has a great commercial savvy, which is so important to us in today’s world as we deal with our partners.

“We’re running in three different series there,” he added in reference to his NASCAR, IndyCar, and IMSA programs.

“But I think at this point we’ve got to focus on what we’re committed to with our sponsors here as we go forward.

“Obviously seeing (Alexander) Rossi and seeing these guys come over (in a wildcard entry for Walkinshaw Andretti United), he says ‘Why can’t we do the same thing and go the other way?’

“We’ve got a job to do here. We’re committed to our sponsors, long term basis,” Penske added.

“So we have to look at that and I think that we want him to come over and he’ll have to start just like we did here.

“But he’s got a good future and you’ll see him in America, I’m sure in the near future.”