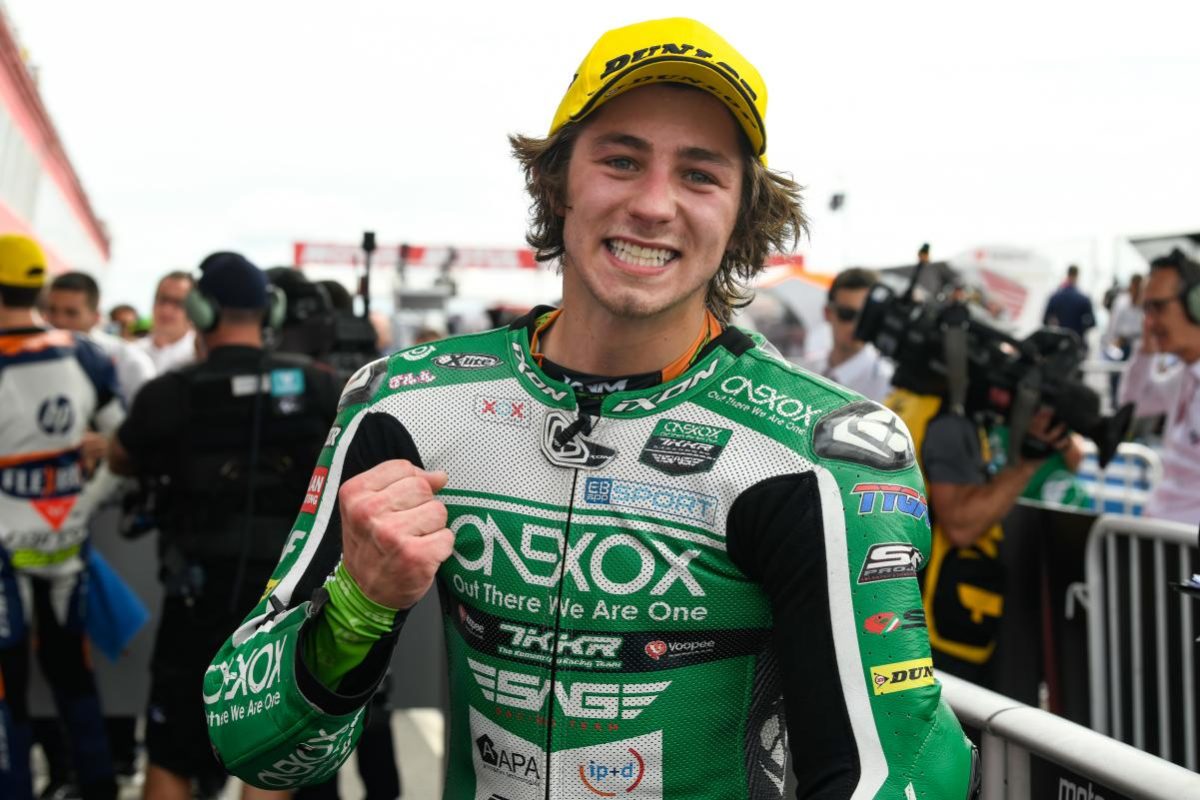 Remy Gardner says he turned down an offer to race a KTM in MotoGP, made once Johann Zarco was granted an early release from his contract.

According to Gardner, who currently rides for the SAG (Stop And Go) Racing Team in Moto2, his manager was approached by KTM shortly after August’s Austrian Grand Prix.

It was on the day following that event that KTM had announced that Zarco would be leaving the marque at season’s end, halfway through his two-year contract.

Gardner, son of 1987 500cc world champion Wayne, is himself in the first year of a two-year deal with SAG and opted to gain more experience in the intermediate class despite the lure of MotoGP.

“I mean, this was way back, ages ago, after Austria,” he recounted to MotoGP.com.

“My manager said he’s expecting a call from KTM, and he said what were my thoughts. And I thought, I would like to continue in Moto2, one more year.

“I like fighting at the front when we’re there, I had a two-year contract with these guys (SAG), I’m happy with the team, I want one more year’s experience, I thought it’s probably just better to stay here at the moment.”

Zarco continued for two more races with Red Bull KTM Factory Racing before being replaced by test rider Mika Kallio from Aragon onwards, and has since landed at LCR Honda as an injury replacement for Takaaki Nakagami from next weekend’s Pramac Generac Australian Motorcycle Grand Prix.

Whether KTM’s plan was for Gardner to ride for the factory team, or to place him at satellite squad Tech3 and promote Miguel Oliveira, is not known, with the Australian saying talks “never got that far”.

Gardner is enjoying his best season yet, claiming his first podium and first pole in any grand prix class in 2019.

He affirmed that he would be interested in a move to MotoGP in 2021, even if he remains with the ONEXOX TKKR SAG Team in Moto2 for now.

“Obviously it depends how everything goes here, but personally I think I’d ride a GP bike probably better than a Moto2 bike,” suggested Gardner.

“I’m a big guy, heavy guy (72kg), and every time I jump on a bigger bike it just seems to get a bit easier for me.

“That’s obviously the goal, it’s the goal of all riders, but we need to do some hard work here first, really show our potential and get the results.”

KTM is yet to determine Zarco’s permanent replacement, with test rider Dani Pedrosa not interested in a comeback to racing but Bradley Smith considered a possibility for a return to the Austrian marque’s ranks.

Gardner, meanwhile, put his #87 Kalex in 19th on the timesheets in combined Friday practice at this weekend’s Grand Prix of Japan on a day during which he crashed twice.

Fabio Quartararo set the pace in MotoGP, with Jack Miller seventh, ahead of more practice and then qualifying for the premier class from this afternoon at 1705 AEDT.