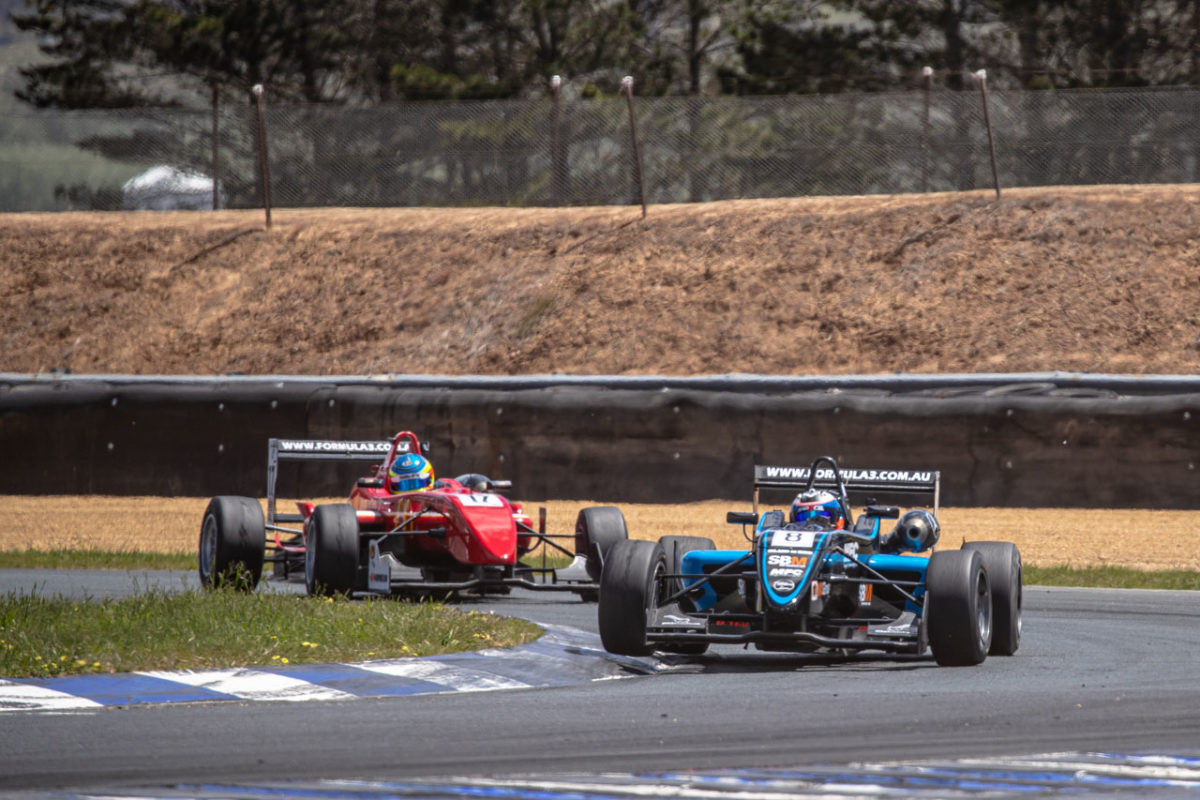 John Magro has clinched the Australian Formula 3 Championship for R-Tek Motorsport with victory in Race 1 at Wakefield Park.

Magro had to withstand a concerted attack from maiden pole-sitter Josh Buchan to do so, even if he won the start in his Gilmour Racing Dallara F308/11.

Buchan chased Magro all the way to the chequered flag, punching out multiple fastest laps in the process.

However, the Cairns mango farmer resisted the attacks for a 13th consecutive victory of the season, securing the title with five races remaining.

The National Class points lead changed after Roman Krumins collided with his title rival Gerrit Ruff at the Fish-hook.

Krumins retired from the race, but Ruff was able to finish second behind Ryan Astley, thus moving back to the top of the standings. 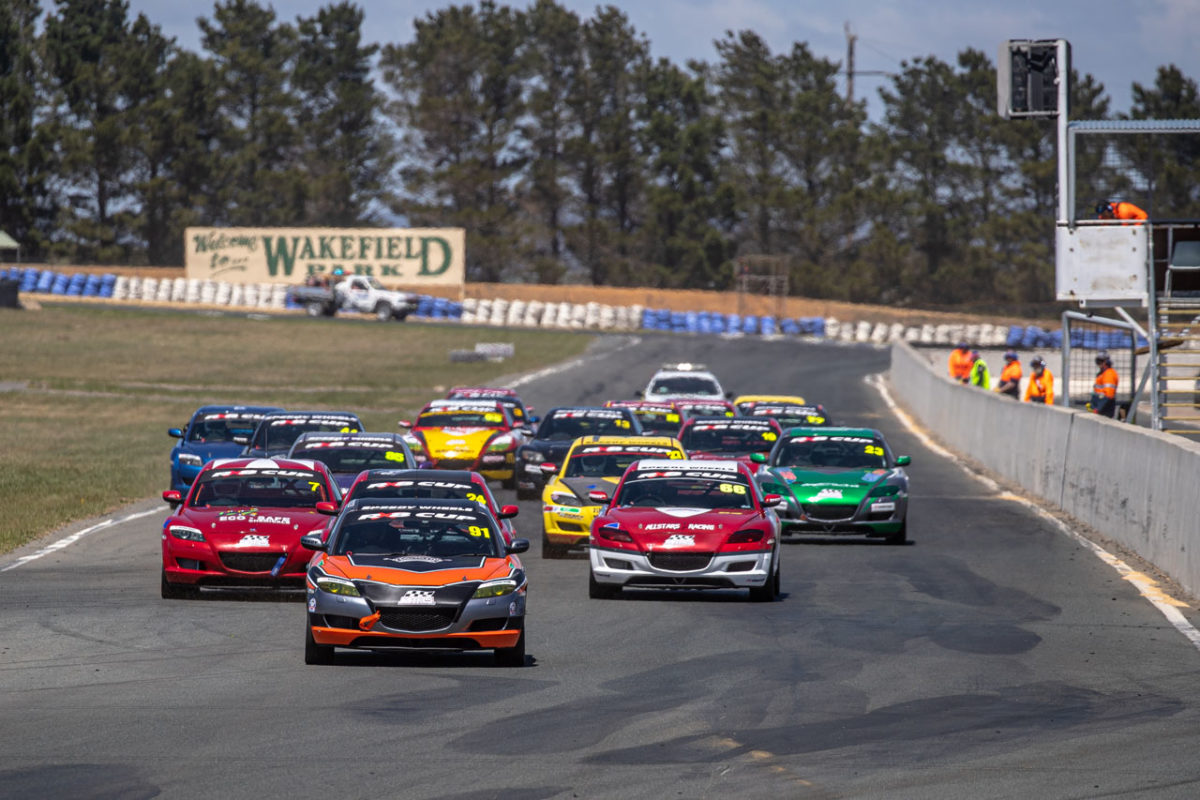 Prosser’s main title rival, Will Harris, qualified third and was challenging O’Hara for second position in Race 1 before spinning off the circuit at Turn 9 on the final lap and falling to fifth.

Harris lost further ground with a slow start in Race 2, which saw him plummeting outside the top 10. He recovered to finish eighth, but now faces a 36-point deficit in the standings with three races remaining tomorrow. 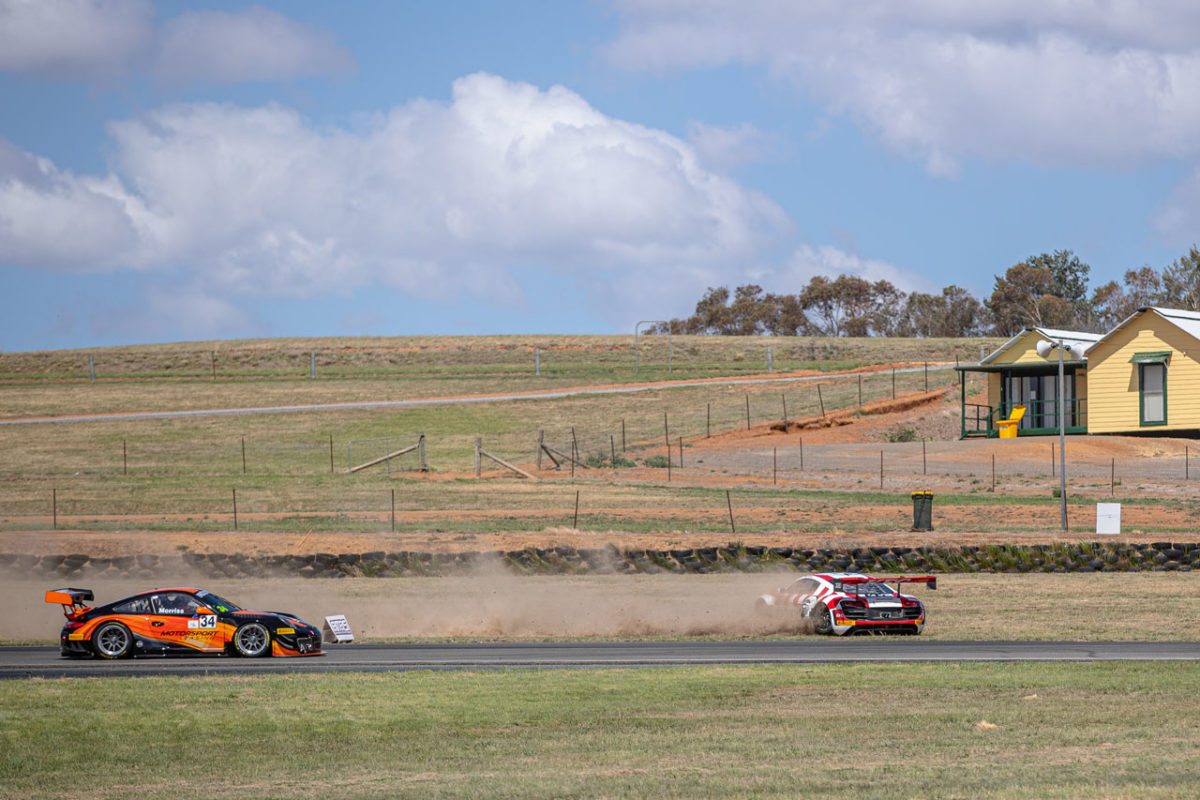 John Morriss drives past the damaged Audi of Matt Stoupas

Stoupas’ Audi R8 suffered rear suspension damage which eliminated him from the second qualifying session; the qualifying points gained by Morriss were enough for him to move into the series lead. 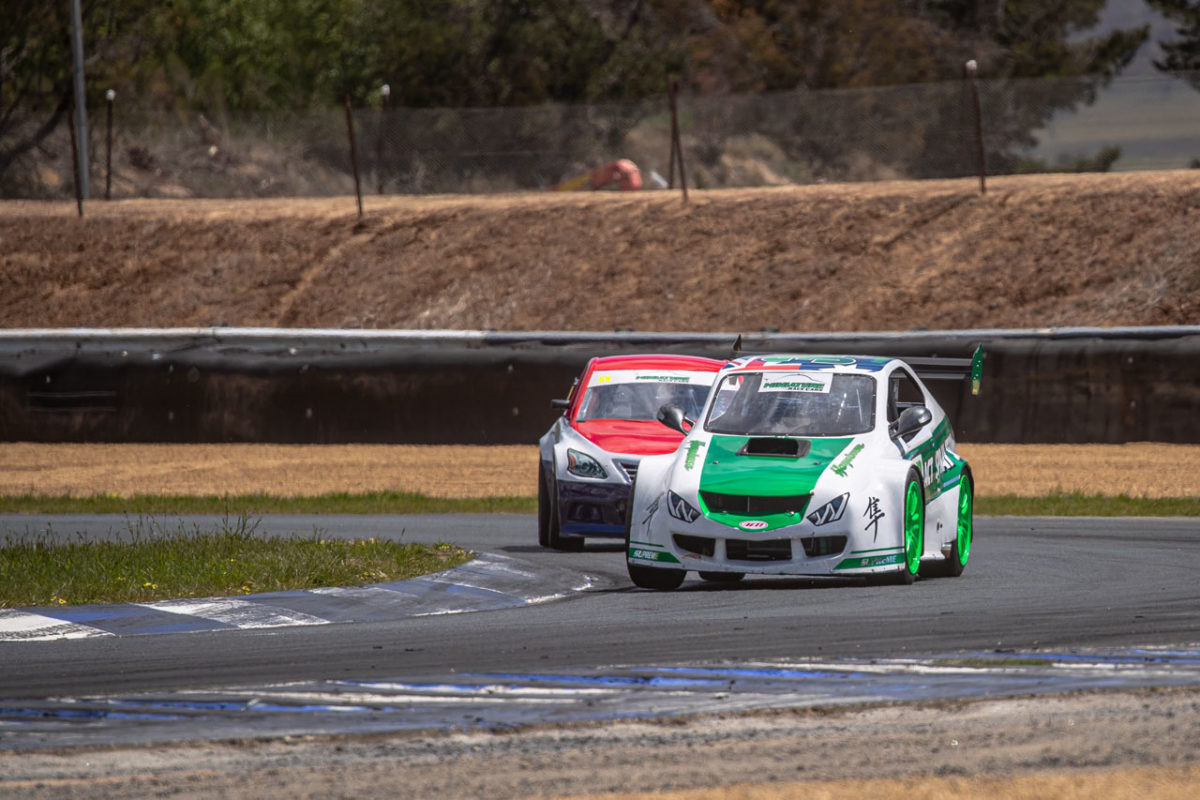 Craig White extended his lead in the Miniature Race Car Series by winning Races 1 and 2 in his Future Racer.

In Race 2, Cotton charged from the rear of the field to second place, finishing just 0.3s shy of White, while Griffiths finished third; Stephen Chilby (Legend Car) ran inside the top four before falling down the order with a late spin. 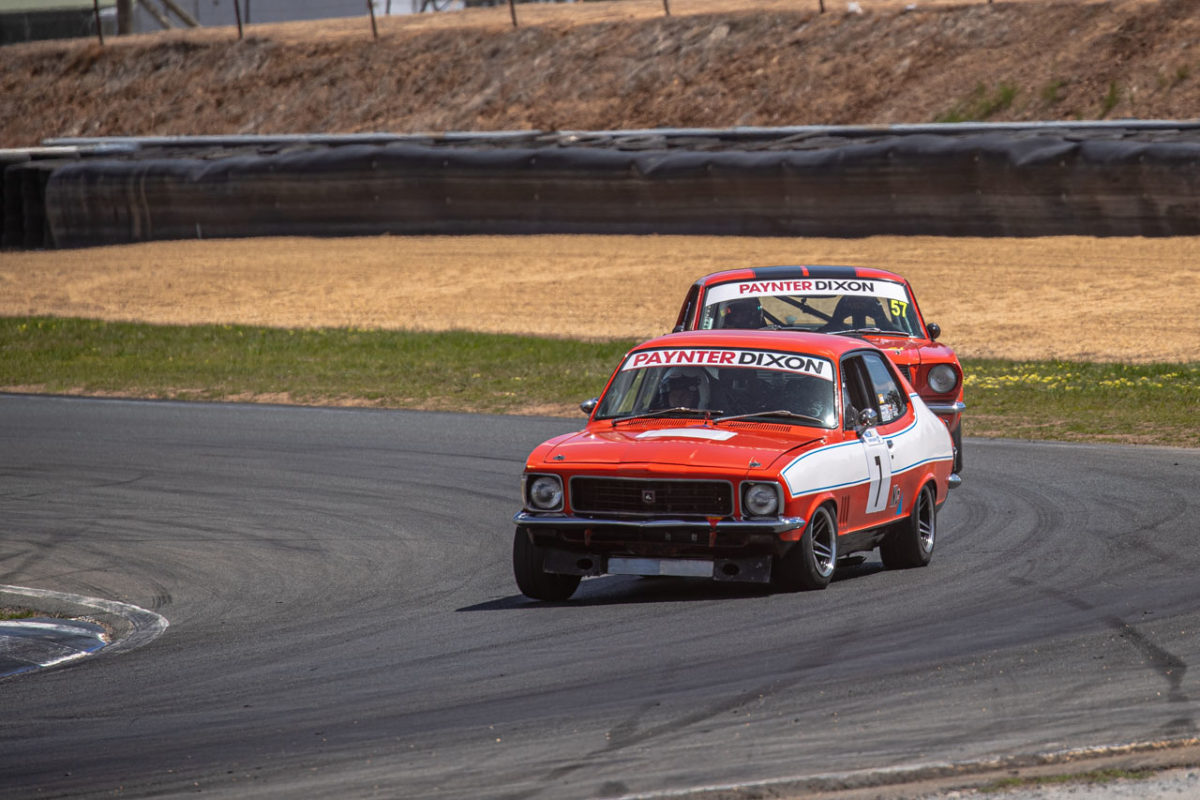 Adam Walton (Mustang) and Chris Thomas (Torana XU-1) staged an entertaining battle in the NSW Historic Touring Cars, both drivers exploiting the strengths and weaknesses of their cars.

Walton claimed a narrow win in Race 1, but retired with mechanical problems in Race 2, handing Thomas an easy win.