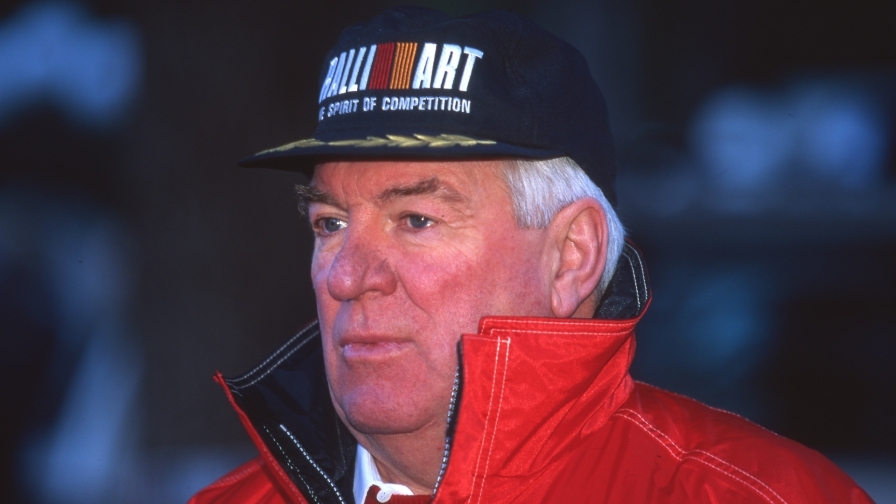 One of the great achievers in the world of rallying, Scotsman Andrew Cowan, has passed away at the age of 82.

He started rallying at the age of 26 and won the Scottish Rally in his first year before going back to back in 1963.

He grew up as a good friend of future Formula 1 World Champion, Jim Clark.

Australian motorsport media doyen Will Hagon covered many of Cowan’s triumphs and got to know the Scotsman personally and professionally.

Speedcafe.com asked Hagon to give us an overview of Cowan and his contribution to world rallying in his own distinct style.

“I got to know Andrew (Cowan) well, partially through his friendship with Evan Green with whom I worked as both a commentator but also in his PR department at BLMC but also with Andrew’s successes in rallies and rallycross in Australia, on which I also worked,” said Hagon.

“Hot on the heels of the first of his two London to Sydney marathon wins, his first of five victories in the International Southern Cross Rally was in an Austin 1800!

“He went on to win his next four Crosses in Mitsubishi Lancers, which he told me ‘weren’t fast (they were only 1600cc) but they were strong. I didn’t slow up for creek crossings, just kept my foot hard into it.’

“Talking to him at a televised Catalina Park, Katoomba Rallycross meeting, I commented about how daringly close he got to other competitors in his Mini, especially on the dirt and water splash sections. ‘It’s safest that way, being close. If the driver you’re following loses control you’ll just have a light touch as you go by but if you’re a way back, he spins and you can’t avoid him, it will be a heavy crash.’

“Another time he set me a problem. ‘You’re driving quickly down a road and can’t see which way it goes over the hill ahead. Where do you place your car?’

“In the middle of the road?” says I, uncertainly.

“‘No, then you’re not ready for whichever way it goes. Get it cocked up on one side of the road, ready for a corner. If it goes the way you’re headed, fine. If it goes the opposite way, do a Scandinavian flick and you’re ready for it in the other direction.’

“He also talked of the Dakar, which he did eight times. ‘It was the most frightening event of my life, but also the most wonderful thing I was ever lucky enough to take part in.’

“He finished 11th in his first attempt which also won him the production based Marathon class in a Mitsubishi Pajero. He was second in 1985 and finished third, fourth, fifth, eighth and 11th. ‘So I never managed a win and twice didn’t make it.’

“In those days, they did the Sahara in the Dakar by compass, without the navigation systems we have today.

“‘In 24 hours across the Sahara in one Dakar, I saw just three cars. But when we got to control, I found out we’d passed 80.’

“He also told of another occasion when he saw only one car in a 500km section. ‘But it was going in the opposite direction to us!’

“When I went off for my first overseas jaunt, November 1965 to April 1977, my wife, Beth, sons Toby and Kym visited Andrew at his family home in Duns, Berwickshire. He took me to the graveyard where his childhood friend Jim Clark is buried, as well as the Clark museum nearby.

“In the morning after we arrived and had been offered haggis` for tea (they ate four meals, breakfast, lunch, tea at around 4-5pm and then dinner later), we were tired from our drive north and so slept well. Very well because Andrew’s family looked after our boys while we slept in.

“The late and lovely Evan Green looked after Andrew in his early days in Australia.

“Andrew has a lovely museum on the 700 acre family farm but there are also cars he’s rallied in other hands. Through Australian rally champion and competitor in rallies and rallycross to Andrew, Bob Watson the owner of a Mitsubishi in which Andrew had won a rally to Scotland to meet Andrew.

“No,” said the owner, to which Andrew responded “it’s yours, the trophy should be with the car.”

“For a number of reasons, things don’t happen like that anymore.

“I’ll miss the happy chuckle, along with friendship and wisdom of a very accomplished but modest and lovely bloke, the late Andrew Cowan of Duns.”