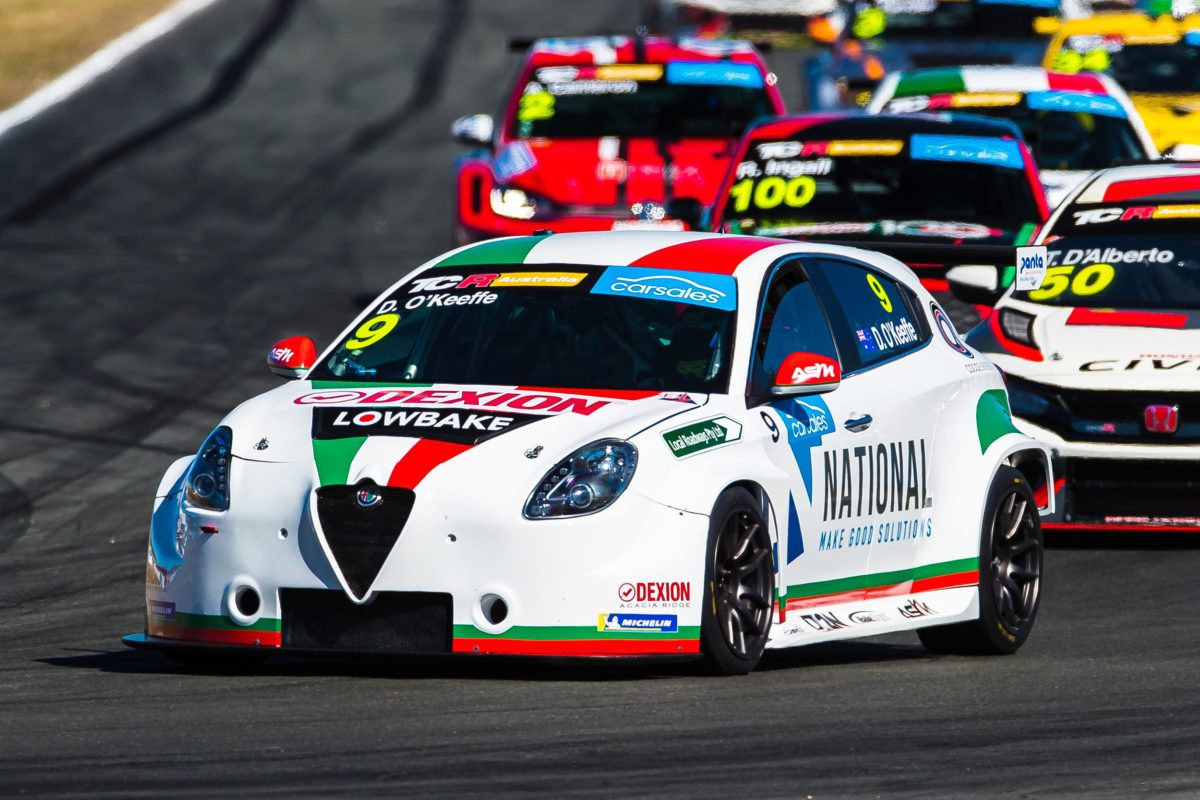 Ashley Seward Motorsport will expand to three cars in 2020

Ashley Seward Motorsport’s TCR Australia program is set to triple in size in 2020 with the addition of two more Alfa Romeo Giulietta Veloces.

The new cars are set to arrive next week which could see the team field one of them at the season-ending round at The Bend Motorsport Park in mid November.

“There’s a lot of interest in TCR, and we decided to pounce on the new cars as soon as they became available,” said Ashley Seward.

“The hype around the category has been really strong, especially from junior category drivers looking to make their first step into touring car racing.

“It’s a very affordable class and really well priced in the current landscape. For our team, it was a no-brainer.”

ASM has this season prepare a single entry for Dylan O’Keeffe, who sits second in the series standings with three races remaining.

“Before the start of this season, we wanted to be a part of TCR, but it was a big risk too.

“Without a doubt, our punt has definitely paid off and it’s a credit to the team behind TCR Australia.

“The Alfas are a great car. They are well engineered and really easy to work on and, for sure, we feel that we can be in a position to win more races and win a championship.

“The new cars land next week and if the right deals fall in place, we might enter one extra car at The Bend. We need to wait and see on that.”

“Events like the Australian Grand Prix (in 2020) have really ramped up the genuine interest in the class and there are some more great announcements in the pipeline.

“It is no surprise to see more Alfa Romeos secured. They are a really well built car and have proved to be extremely competitive.

“Dylan O’Keeffe and the ASM team have done an outstanding job this year, and we are pleased that they have expanded their TCR program.”

Garry Rogers Motorsport also fields an Alfa Romeo Guilietta Veloce in the series, the car currently being piloted by Jordan Cox having started the year in the hands of Jimmy Vernon.

The 2019 TCR Australia series wraps up at The Bend Motorsport Park on November 15-17.