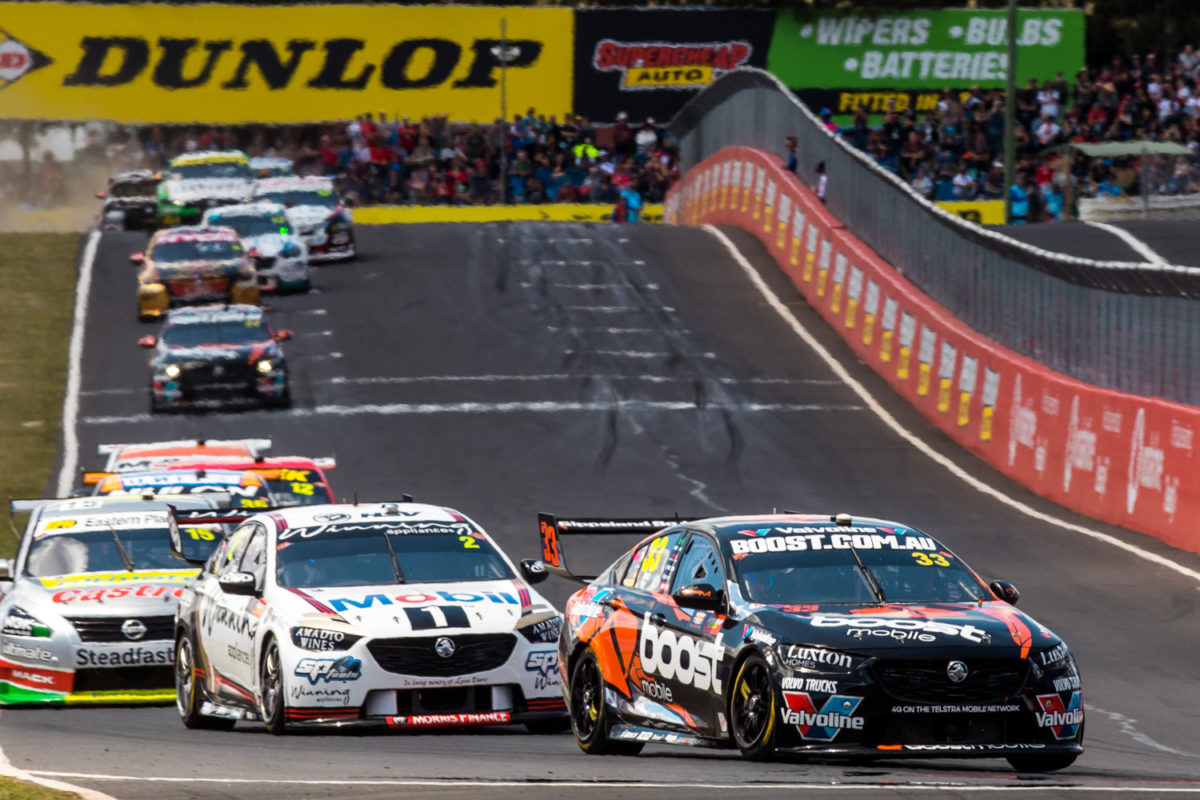 Barry Rogers has said his team’s performance during the Supercheap Auto Bathurst 1000 was ‘inspiring’ despite not netting the results they’d hoped for.

Late in the race Garry Rogers Motorsport looked set for a surprise result, with James Golding in a strong tactical position versus those around him.

A vibration late in the race for Golding, and a coming together for Richie Stanaway in the closing stages, ultimately meant the team left the mountain only with only 12th and 13th positions.

The race however, promised so much more, a fact which has left Rogers inspired in spite of the disappointment.

“To Garry and I, to see what our boys did, and girls, it is inspiring,” Barry Rogers told Speedcafe.com.

“It really drives you and makes you want to do what you do.

“As much as we’re disappointed with the result really we’re more disappointed… You just love to see the smile on your people’s races when they get what they deserve.

“It’s just a shame that at the end they didn’t quite get what they deserved.

“Certainly the performance was one of our team’s best performances post (the) Scott McLaughlin (era at the team).”

The team looked to have played a strategic masterstroke on Lap 140 when it boxed Golding, brimming his car and enabling the #33 Boost Mobile entry to sprint to the flag.

Golding had stopped had also stopped on Lap 135 under the Safety Car for Alexander Rossi spinning at Murrary’s Corner, as did much of the field, but with 26 laps remaining it created a tactical conundrum for teams.

By rolling the dice early, GRM put themselves in a position to gain serious track position over rivals on a similar strategy, while capable of running significantly faster than those trying to save fuel.

That plan came to nowt, however, when Golding was forced back into the lane on Lap 148 with a vibration that was tracked back to a wheel clip while running sixth.

Were it not for that, Rogers is convinced his young charger could have climber further up the standings.

“Look where Whincup ended up and he (Golding) was in a better position then because he came in a number of laps before Whincup,” Rogers said.

“I think he would have been up there, certainly fighting for it a (podium) in the last few laps and with plenty of fuel he could have given it a real good shake.”

There was also a more promising result on the cards for Stanaway, whose tangle with Garry Jacobson late in the race triggered the Safety Car which afforded Whincup his final stop on Lap 151.

“I think maybe tempers might have been a bit ‘how you going’ at that stage of the race,” Rogers ventured of the incident which left Stanaway in the gravel at Hell Corner.

“From a team’s perspective you like to see your drivers racing hard, there’s no doubt about that.

“You do also like them to respect what they’re driving and understand the amount of work when they do damage.

“But it is motor racing, you don’t want to be soft, you want to stand your ground but probably at that point of the race, honestly, it probably was a little unnecessary.”

The weekend’s results, having promised so much, came as another blow for the team which faces an uncertain future.

Over the Bathurst weekend title sponsor Boost Mobile announced that it would step away from the series unless a standard upright was introduced.

With the deadline looming at the end of this week there are currently no guarantees GRM will remain on the grid for 2020.